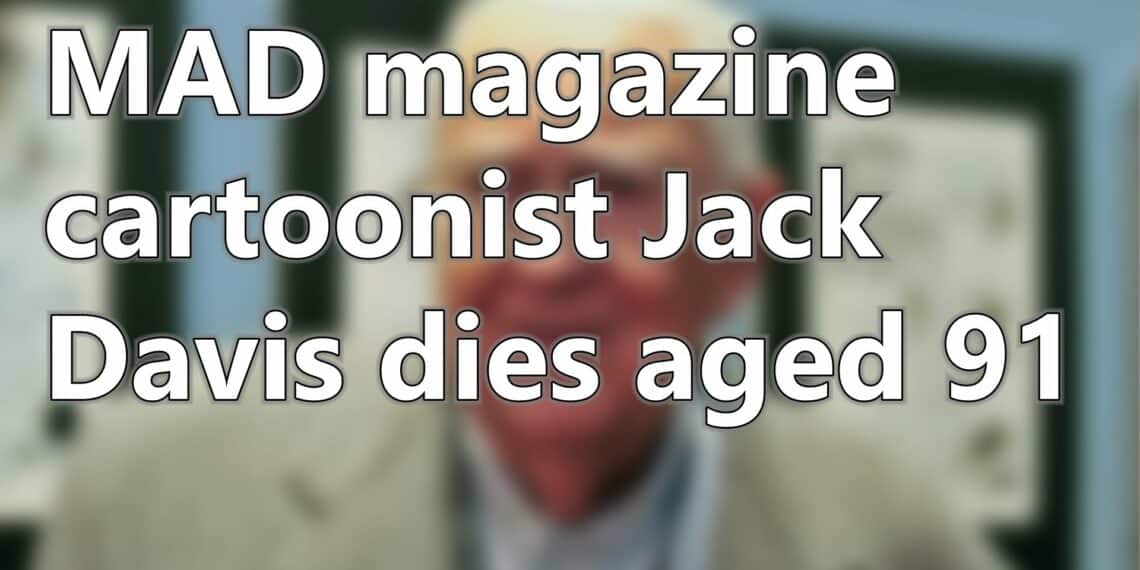 Cartoonist Jack Davis, the "long-time legendary" artist on the US magazine MAD, has died at the age of 91
He contributed to the magazine for several decades, drawing many portraits of its mascot Alfred E Neuman
MAD art director Sam Viviano said Davis' "immediately recognisable style revolutionised comic illustration"
He added: "Among his most iconic parodies from MAD's comic book days are of The Lone Ranger and High Noon
"Everyone at MAD and DC Entertainment send their heartfelt condolences to Jack's wife, Dena, and the entire Davis family," he added