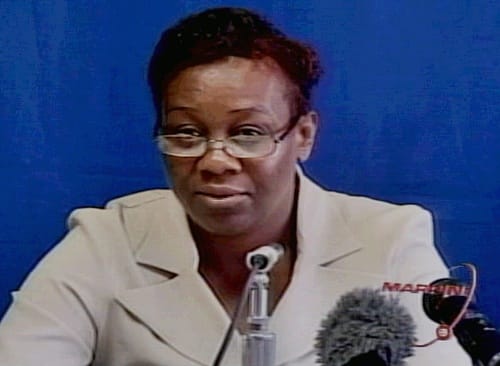 by Administrator
in Laid To Rest
1

The medical community is mourning the untimely death of Director of Primary Health Care Unit in the Ministry of Health Dr. Francisca Jacobs Roberts who passed away this morning at the Princess Margaret Hospital (PMH).

Unconfirmed reports suggest that Dr. Roberts may have died of some lung infection resulting from the Dengue Fever.

She was admitted to the PMH sometime last week but died this morning. Investigations are being carried out.

Dr. Kenneth Darroux, Minister for the Environment and Natural Resources, Physical Planning and Fisheries and former district doctor, described Roberts’s untimely death as a sad moment and loss for Dominica.

Dr. Roberts was deeply committed to the development of primary health care and the health system in Dominica.

“She has given most of her medical life, if not all, towards the service of Dominica…It is a sad moment and loss for Dominica in general. Dominica mourns a daughter of the soil, a daughter who had a lot more to give in terms of the medical field in primary health care and the health system in general” Darroux said.

Dr. Francisca Jacobs Roberts was also a part-time lecturer at the Ross University School of Medicine in Portsmouth, Dominica.
She was originally from Bense but resided at the Housing Scheme in Canefield at the time of her death