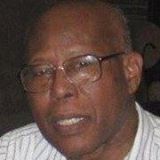 by News Contributor
in Who died on Dominica
1

He daughter left the sad news on his FaceBook account: I’m Jacqueline Pearson, daughter of Raglan Riviere and sister to Emile Riviere informing you of our Dad’s passing away peacefully in his sleep in the early morning hours of July 6, 2015. Thank you for your love, support and prayers. We will post funeral details at a later date.

Dominican-born, educated at the Dominica Grammar School, studied in UK, had a tour of duty in the British Royal Air Force, Raglan holds the B.Sc. (Sociology, London U) and MHA (Health Administration, Ottawa U). Raglan has always been fascinated by the structures and processes, which give life to society.

Tribute:
Sometime in 1999 I came across the website “Sir Raglan Presents.” It was an internet portal designed
by Dominican born civic leader Raglan Riviere, then resident in Canada. From what I could discern, his
website was focused on spotlighting the achievements of Dominicans and those of Dominican heritage, at home and abroad. For instance if a child of Dominican parents graduated from university with honors, his website would pay tribute to such academic excellence and spread the good word.

Raglan’s website also featured information on our current affairs, history, culture and Pan Africanism.
As a young nation, such pro motion of sound values in education, or recognition of our heritage, is the
veritable glue which binds a group of people into that body we call “a nation.” Impressed by Raglan’s
work, and considering the need for an online entity to bind Dominicans together in meaningful development endeavor, I contacted Raglan on or about August 1, 2000 and suggested we form a Dominica Academy of Arts and Sciences (DAAS). DAAS would unite Dominicans at home and abroad into a skills directory online, and so partner with go vernment and private sector to promote development on Dominica. Raglan, a former Dominica Grammar School cadet, Royal Air Force veteran, hospital administrator and author, needed no prodding and he agreed. The DAAS was born on November 1, 2000.

The DAAS was incorporated in the US and Dominica and Dr. Clayton Shillingford became its first President
in December 2000. The online Academy was formally launched at the Dominica Diaspora in the Development Process Symposium held on December 7, 2001 in Brooklyn, New York, which was organized by the Roosevelt Douglas Foundation.

At the 2002 Dominica Diaspora in Development Symposium held in Roseau, Dominica, Dominica President Vernon Shaw presented Raglan Riviere with the RDF Medal of Honor for his work; in Raglan’s absence that
award was received on his behalf by his brother Hon. Osborne Riviere, then Trade Minister in the Dominica Government.