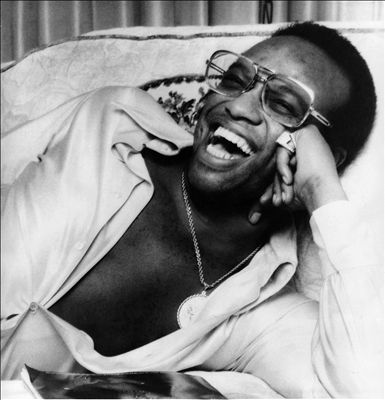 by News Contributor
in Laid To Rest
2

Robert Dwayne “Bobby” Womack March 4, 1944 – June 27, 2014) was an American singer-songwriter and musician. An active recording artist since the early 1960s, when he started his career as the lead singer of his family musical group the Valentinos and as Sam Cooke’s backing guitarist, Womack’s career spanned more than 50 years and spanned a repertoire in the styles of R&B, soul, rock and roll, doo-wop, gospel, and country.

Womack wrote and originally recorded the Rolling Stones’ first UK No. 1 hit, “It’s All Over Now” and New Birth’s “I Can Understand It” among other songs. As a singer he is most notable for the hits “Lookin’ For a Love”, “That’s The Way I Feel About Cha”, “Woman’s Gotta Have It”, “Harry Hippie”, “Across 110th Street” and his 1980s hit “If You Think You’re Lonely Now”.

In 2009, Womack was inducted into the Rock and Roll Hall of Fame.

Soul-music genius Bobby Womack had talent to burn — and he burned it. He was in the first rank of songwriters, penning classics such as “It’s All Over Now,” which became the Rolling Stones’ first Number One single in the UK. He was a top-notch guitarist, backing up everyone from Ray Charles to Aretha Franklin. And when he sang on his own records, he could compel you to get on your feet (“Looking for a Love”), reinvent standards as R&B anthems (“Fly Me to the Moon”) or express yearning like nobody else (“Across 110th Street”). Somehow, all that didn’t add up to superstardom: Womack kept sabotaging himself with bad record deals and cocaine abuse. “It seems that every once in a while I pop up from out of the water and then disappear again,” he complained to Rolling Stone in 1974. “Well, I’m tired of that shit.”