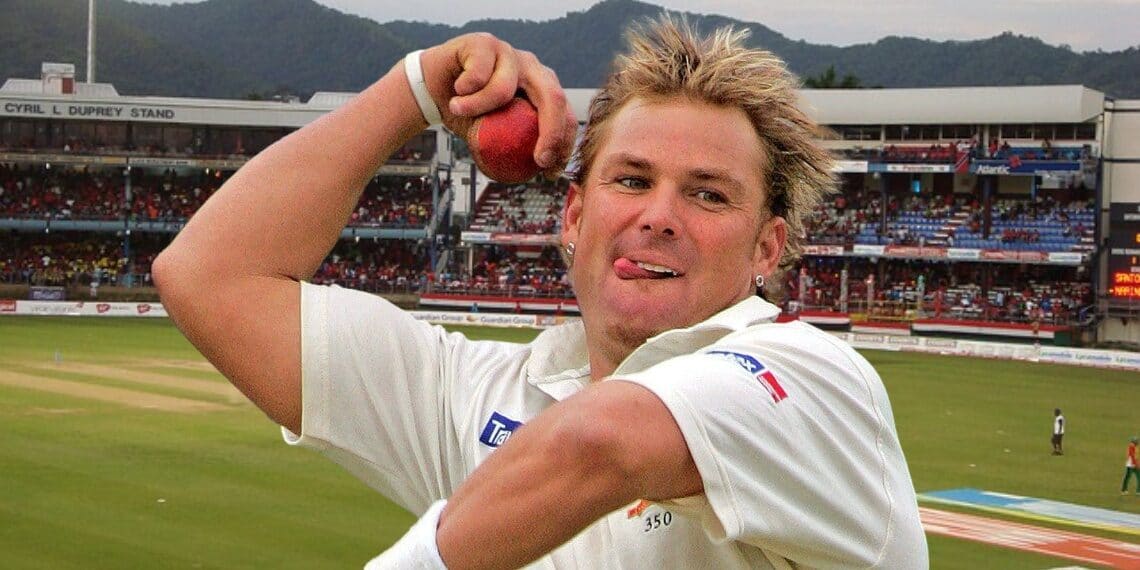 Shane Warne, the master of spin bowling, dead at 52

BRISBANE, Australia (A.P.) —The Australian-born cricketer Shane Warne, whose artful and record-breaking spin bowling on the cricket field was matched by his impish allure and often controversial career off the pitch. He was remembered by athletes, actors, prime ministers, rock stars, and his biggest fans in the cricketing world following the announcement of his death from an apparent heart attack at 52.

On Friday night, Warne was found unresponsive in his villa hotel in Koh Samui, Thailand, and could not be revived at a nearby hospital. Plans were in progress to return his body to his hometown of Melbourne, Australia, where his family has been offered a state funeral.

In a less-traditional tribute, fans laid flowers, meat pies, and beer cans at a statue of Warne outside the Melbourne Cricket Ground. “Warnie,” as he was widely known, made an art form out of his propensity for fast food — particularly early in his career — and loved a beer, as they say, Down Under.

Ordinary, everyday Aussies shed tears. Mick Jagger, Elton John, Hugh Jackman, and Russell Crowe were among the celebrities mourning Warne’s death — not as if his incredible career achievements needed any exclamation points from the entertainment industry. But they were there in abundance.

Former England captain Michael Vaughan said it best for many of his fellow cricketers past and present.

“Shane was the greatest-ever cricketer, but more than that, his character lit up every dressing room. Bars, golf club & friendship group. His energy & positivity was beyond anyone I have ever known. He was loyal beyond loyal,” Vaughan said on Instagram. “Everyone wanted to be around him, but ultimately he was just a normal guy who could do incredible things.”

For good measure, all-time greats Sachin Tendulkar said he was “shocked, stunned and miserable” — legendary West Indies stars Brian Lara and Viv Richards added their praise. They sent condolences to Warne’s family, including his three children with his ex-wife Simone.

Closer to home, former Australia fast bowler Glenn McGrath said Warne, his long-time teammate, “lived more in his life than most people would live in 20 . . . I thought nothing could ever happen to him.”

The Victorian state government, which offered Warne’s family the state funeral, announced Saturday that the Great Southern Stand at the MCG would be renamed the S.K. Warne Stand — “a permanent tribute to an amazing Victorian.”

Police in Thailand said a friend staying at the same resort went to check on Shane Warne when the cricket star failed to arrive for dinner and found him unconscious in a villa. Warne was taken by ambulance to Thai International Hospital, and later his body was transferred to Ko Samui Hospital.

On Saturday, Warne’s manager James Erskine said Warne was only three days into a planned three-month vacation and alone, watching cricket when he had a suspected heart attack.

Erskine told Fox Cricket that Warne’s friend Andrew Neophitou, staying in the same villa, had gone to check on the ex-player.

“He went in there … and then realized something was wrong. And he turned him over and gave him CPR and mouth-to-mouth, which lasted about 20 minutes, and then the ambulance came.”

Allan McKinnon, the Australian ambassador to Thailand, spoke to reporters after meeting with the Thai police.

“(The) police station and the hospital in Ko Samui are facilitating the process of getting Shane Warne back to Australia as quickly as possible,” McKinnon said. “They have been very compassionate, very efficient, and very understanding.”

Yutthana Sirisombat, superintendent of Bophut police station, said the plan is to move Warne’s body for an autopsy in the main state hospital in Surat Thani province on Sunday.

A forensic team Saturday inspected the villa where Shane Warne was found unresponsive. His friends have given statements to the police as part of standard legal procedures involving death.

Authorities told the Australian test team of Warne’s death following play on the first day of the series-opening test match against Pakistan in Rawalpindi. There was a moment of silence on Saturday before play began on the second day.

“We all grew up watching Warnie, idolizing him,” Australia captain Pat Cummins said. “What we loved so much about Warnie was his showmanship, his charisma, his tactics, the way he willed himself and the team around him to win games for Australia.”

Shane Warne held the record for most test wickets (708) when he retired in 2007 after his 145th test match. Only Sri Lanka off-spinner Muttiah Muralitharan has passed him, with 800.

Among his career highlights were player-of-the-match awards in the semifinals and final of the 1999 Cricket World Cup, being included among the Five Cricketers of the 20th Century by Wisden, colloquially known as the sport’s bible, and being part of five Ashes-winning teams against England. He also played in 194 one-day internationals.

Warne was often given the ball when Australia was in trouble or desperate for a wicket and regularly was able to turn matches around with a mesmerizing spell of bowling,

He wrote himself into folklore when he delivered the “Ball of the Century” with his first toss of the 1993 Ashes tour, bowling Mike Gatting with a delivery that turned from well outside leg stump to clip the off bail.

“It’s one of those wonderful highlights of the game,” Gatting said in 2018. “One of those bits of history that belongs not only to me but to probably the best legspinner of all time.”

Warne was noted as much for his life off the field as on it.

In 1998, the Australian Cricket Board confirmed that Shane Warne and Mark Waugh had been fined four years earlier for providing weather information to an Indian bookmaker during Australia’s tour of Sri Lanka in 1994.

Before the 2003 World Cup in South Africa, Warne was banned for 12 months for taking a prohibited substance, which he blamed on a diuretic his mother had given him to “improve his appearance.” But he returned in 2004, and in the third Ashes Test of 2005, he became the first bowler in history to take 600 test wickets.

Warne’s exploits off the field took their toll on his marriage, and he split from Simone. He later had a relationship and became engaged to English actress Liz Hurley in 2010. The pair split in 2013.

Warne’s death came only a few hours after he expressed his sadness following the death of another Australian great, wicketkeeper Rodney Marsh, at age 74.

“He was a legend of our great game & and inspiration to so many young boys and girls,” Warne posted on Twitter in what turned out to be his final tweet. “Rod cared deeply about cricket & gave so much – especially to Australia & England players. “

Born in Upper Ferntree Gully near Melbourne, Warne showed prodigious talent from a young age. After a brief attempt at becoming a professional Australian rules football player in 1988, he trained at the Australian Cricket Academy in Adelaide and made his first-class debut in 1991.

The entertainment industry has the last say.

And Crowe’s fellow Oscar winner and Australian Jackman wrote: “I’m grateful to have known him and to have witnessed his once-in-a-generation talent.”

Dead at 50 is Singer Traci Braxton of Braxton Family Values