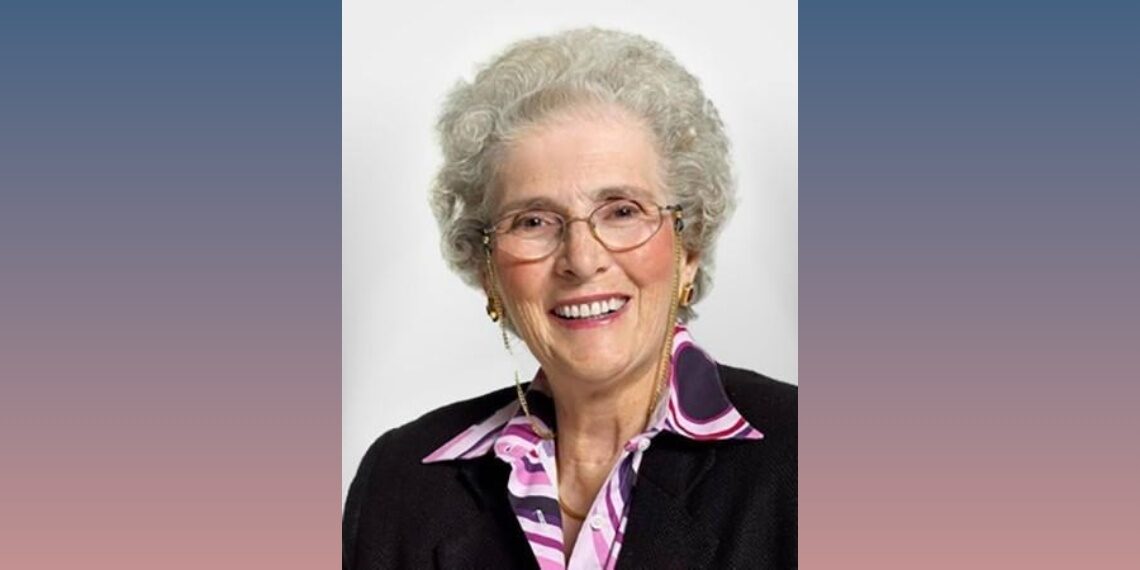 Calgary: Joan Snyder, a driving force behind women’s hockey and the treatment of chronic disease, died at age 90.

Snyder died on April 7, the University of Calgary said in a statement on the school’s website. The university’s campus flag was lowered to half-mast Tuesday in honor of Snyder.

She donated $9 million in 2008 to the university to establish the Calvin, Phoebe, and Joan Snyder Institute for Chronic Diseases and continued to support chronic, infectious, and inflammatory disease research.

Snyder donated $500,000 to the university’s women’s hockey team in 2011 when current Hockey Hall of Famers Danielle Goyette coached the Dinos, and Hayley Wickenheiser played for them.

Both women work in the NHL in the Toronto Maple Leafs’ player development department.

The financial contribution to the Dinos paid for the recruitment of a full-time assistant coach for Goyette and provided money for equipment, sports medicine, academic advising, and community outreach.

“Having that support from Joan is pretty amazing,” Goyette said then.

Snyder was also a financial contributor to research on injury prevention in female athletes and the Hayley Wickenheiser Award Endowment, a scholarship for varsity women athletes.

Snyder also funded the launch of the Calgary Inferno of the Canadian Women’s Hockey League in 2011-12.

“She not only gave financially at every level of female hockey in Canada, but she also was a huge cheerleader, a fan, a friend, and a true grandmother to all female hockey players in this country.

“I cherish my conversations with her through the years and will never forget her kindness and passion for making people’s lives better. As a medical student and now a doctor, I directly witnessed the impact of her generosity in changing patients’ lives for the better. She was an amazing lady.”

Snyder’s mother, Phoebe, played hockey in the 1920s. Joan Snyder moved from Saskatchewan to Calgary in the early 1950s and worked with her parents to build a family business.

She received an honorary doctorate from the University of Calgary in 2011.

“Dr. Joan Snyder grew up during the Great Depression and learned the value of kindness and community from her parents,” University of Calgary president and vice-chancellor Ed McCauley said.

“Her entire life has been committed to helping those in need and bringing about change in the broader community. It was an honor for the University of Calgary community to know and work with Dr. Snyder to support excellent front-line health care, medical research, and student athletics.”

Snyder was awarded the Order of Canada in 2013.

“Philanthropy is more than money; its people are helping people,” Snyder once said. “The community is coming together, giving what they can and supporting each other, just as my parents taught me. Better a booster than a knocker, be.”

This report by The Canadian Press was first published on April 12, 2022.

Actress Liz Sheridan the star of ‘Seinfeld’ Dead At 93