by News Contributor
in Who died on Dominica
2

Edward Registe died on Wednesday, August 1; news reports out of Dominica stated he died due to a heart attack. He was only 50.

Registe was best known as a social worker before entering politics, where he was first appointed in 2014 as a government senator in the Dominica Labour Party Government. He was appointed as the Minister for State in the Ministry of Foreign Affairs, International Business, and Diaspora Relations, with special responsibility for Diaspora Relations.

Registe was admitted to the Dominica China Friendship Hospital late on August 31, 2021, and he passed away in the early hours of September 1, 2021.

Registe also served as the Deputy Speaker of the House of Assembly of Dominica. He also formerly held the position of General Secretary in Dominica Labour Party.

In the 2019 general elections on Dominica, Edward Registe, for the first time, contested the general elections in the Grand Bay constituency and won. He was designated as the Minister of State in the Ministry of Foreign Affairs, International Business, and Diaspora Relations, with Specific responsibility for Diaspora Relations in the Roosevelt Skerrit, lead the government.

As the news of his sudden death broke, one news reported the people of Dominica were shocked by his sudden death. The social media was flooded with messages of condolences from all over Dominica and the diaspora. People recalled him as a parliament representative with the most powerful voice.

The Government Information Service pays tribute to Hon. Edward Registe, Parliamentary Representative for the Grand Bay Constituency and Minister of State in the Ministry of Foreign Affairs, International Business, and Diaspora Relations passed away on September 1, 2021.

The Prime Minister of Dominica releases the following message: “It is with great sadness that I join the Government.

Ed was a true friend, and I am devastated by his loss. I will miss his kindness, warmth and compassion, loyalty, sound and reasoned advice in governance matters, and steady leadership as General Secretary of the Dominica Labour Party.

Ed was committed to the development of people and the community. He served as President of Dominica’s National Youth Council for many years as a mentor and motivational leader for hundreds of Dominican youth.

Grand Bay and Dominica have lost a stalwart leader who inspired and cared for many and devoted his life to service. As Parliamentary Representative for the Grand Bay Constituency, he was attuned to the needs of his people and a passionate champion of their interests. He also served as Chairman of the Grand Bay Village Council and President of the Grand Bay Credit Union for several years.

In the Cabinet, we will honour Ed’s legacy by seeking to implement the many programmes and projects he proposed to improve the lives of his constituents. We will remember him, always, for his sterling contribution to the development of Grand Bay and Dominica.

I extend deepest sympathies to his mother, Mrs. Magdalene Registe, the rest of his family, his constituents, and many others who knew and loved him. Our thoughts and prayers are with them at this difficult time.

May His Soul Rest in Eternal Peace.” || Other Dominicans that pass away 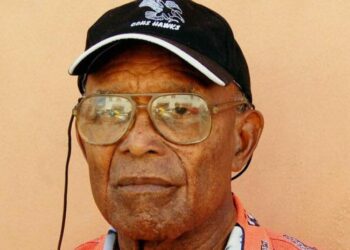 The government of Dominica has given the go ahead for an official funeral for Nicholson AN Ducreay. The Dominica Labour...