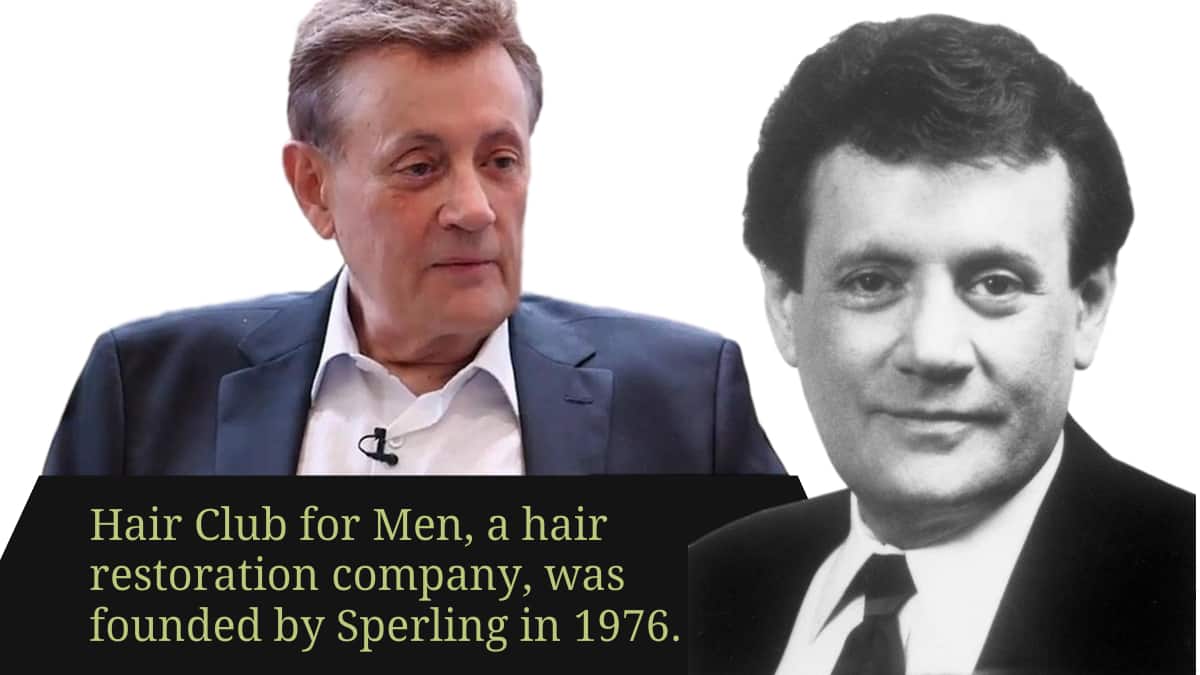 Sy Sperling, founder of Hair Club for Men, dead at 78

Sy Sperling, the founder of Hair Club for Men, who coined the once-ubiquitous tagline, “I’m not only the Hair Club president, but I’m also a client,” died Wednesday, his family said. He was 78.

Sperling passed away “after a lengthy illness,” in Boca Raton, Florida, according to a statement from his family. After retiring in 2000, the New York businessman spent winters in Boca Raton and summers in Vancouver.

Hair Club for Men, a hair restoration company, was founded by Sy Sperling in 1976.

A “History of Hair Club” video on the company’s website recalls that in the early 1980s, executives wanted to air a TV commercial. They first went with a standard ad with attractive people doing active things, but it tanked. So they decided to air a spot they felt was less professional-looking, with Sperling telling viewers, “I’m not only the Hair Club president, but I’m also a client.”

The line struck a chord. “The iconic spots quickly become a cultural phenomenon, and within the first month of airing, HairClub receives 10,000 telephone calls,” according to Hair Club for Men’s website.

“I personified the bald guy who wanted to do something about his hair,” Sperling said in the history video.

“It was obvious that he wasn’t an actor or a professional performer when he did those spots, but they were so charming, they were so disarming,” talk show host Geraldo Rivera says in the video. “He’s the guy next door; you wanted this guy to succeed.”

It seemed there was no escaping the phrase. It was spoofed by the “Tonight Show,” “Saturday Night Live,” and even an M&Ms ad.

In addition to leading and advertising for Hair Club for Men, which started marketing to women in 1995, Sy Sperling hosted a radio show on WSBR called “How To Succeed in Business” and lectured on entrepreneurship. He was a guest on various television shows, including “Conan O’Brien” and “Lifestyles of the Rich & Famous.”

He was also a philanthropist. Sperling’s family said he was “most proud of his charitable contribution in the form of Hair Club for Kids, in which Hair Club for Men provided hair free of charge to children under 18 who lost their hair from chemotherapy.”

He acted as the honorary chairman for City Relief, which provides “Meals on Wheels” for the homeless. He also fought for animal rights and lived a “devout” vegan lifestyle, his family said.

“Colleagues, friends, and family recall Mr. Sy Sperling as a visionary with an immense passion for business, innovation, and helping others,” said a statement from Hair Club. “We continue to live by his words ‘Live life to the fullest, take chances and risks, and believe in yourself.'”

Sperling sold Hair Club to a private equity firm in 2000. It was sold to Regis Corporation four years later, and to Tokyo-based Aderans Co. Ltd. in 2013.

Sperling “helped hundreds of thousands of people find their confidence, and that legacy lives on today,” Hair Club’s statement said.

B. Smith age 70 is Dead. She rosed to model turned restaurateur and lifestyle guru.