by News Contributor
in Who died on Dominica
1 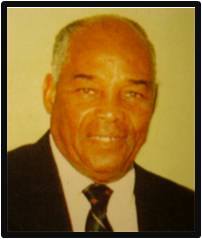 He was born in Portsmouth, Dominica, on 19 January 1923. He was educated at the Portsmouth Government School, The Dominica Grammar School, and St. Mary’s Academy. He started his business career in 1939 as Manager of his father’s company, A. A . Baron & Company, a firm engaged in import/export activities, general merchandise, and groceries, assumed the firm’s partnership in1945. He was involved in the first exports of bananas after World War II and was a founding member of the Dominica Banana Growers Association (DBGA).

In March 1956, the ministerial system of government was introduced, and Baron was made Minister for Trade and Production. In 1957 he founded the Dominica United Peoples Party (DUPP) and formed the government. In 1957 he represented Dominica at talks in Jamaica and Barbados, leading to the creation of the Federation of the West Indies the following year. Baron represented the Windward Islands at talks in London on the winding up of military bases in the West Indies between the United States of America, United Kingdom, and West Indies in 1957. He was deeply involved in laying out Goodwill as a suburb of Roseau, and Franklyn Lane is named after him.

In constitutional changes resulting from the 1959 Constitution and coming into effect in January 1960, Baron was made Minister of Finance and first Chief Minister of Dominica. He lost his seat and the government to the Dominica Labour Party (DLP) on 17 January 1961. Baron’s DUPP government was responsible for planning, negotiating, and beginning several important infrastructural projects such as Melville Hall Airport and the roads to the east coast. Still, these were completed during the first years of the DLP government and were forever associated with Edward Le Blanc’s leadership.

When the DUPP lost to the DLP by a landslide in the 1966 general elections, Baron quit active politics and returned to business, tourism, and real estate. He built and operated the Sisserou Hotel. He was a prime mover in the Rotary Club’s construction of a Psychiatric Unit to replace the outdated St. Luke’s psychiatric home.

He was a great friend of Mary Eugenia Charles, and when her Dominica Freedom Party came to power in 1980, Frank Baron was very much power behind the scenes. Dame Eugenia appointed him to several diplomatic posts. He served as High Commissioner to the Court of St.James, London, and was Ambassador to the UN, OAS, and the US. He founded Paramount Printers, bought out The New Chronicle newspaper, and re-established it under its former name.