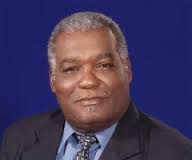 by News Contributor
in Who died on Dominica
0

Former veteran broadcaster, Mr. Ferdinand Frampton who was ill and a patient at the Princess Margaret Hospital (PMH), passed away on the evening of Thursday February 21st.

Mr. Frampton was a very active individual who was a teacher, footballer, community activist as well as a song writer and producer of the Pointe Michel Cultural Group, which his wife Joan Frampton heads.

He worked at Radio Dominica, Dominica Broadcasting Corporation (DBS) as the Manager, Voice of Life Radio and Q95FM Radio Station, and is the father of former broadcaster and LIME’s Corporate Communications Manager, Ms. Ferdina Frampton.

Mr. Frampton contested the 2005 general elections for the United Workers Party in the Pointe Michel constituency but was unsuccessful.

Radio Host and Acting President of the Media Workers Association of Dominica (MWAD), Mr. Mathias Peltier who was a close friend of Mr. Frampton says he surely will be missed.

Mr. Peltier stated he was introduced to Mr. Frampton when he started as a junior broadcaster at the Voice of the Islands Radio Station, which they both worked in the late 80’s and early 90’s.

He accredits Mr. Frampton for teaching him a lot of the practical aspect of media work, which included the editing of tapes and the introduction of oldies music.

Mr. Peltier revealed that a lot of his time in the media business was spent learning from Mr. Frampton, as he was very knowledgeable in media and was always open to disseminating his knowledge to all who was interested.

He described Mr. Frampton as a very loving and caring individual who would always make sacrifices for people, even when it put him at a disadvantage, which was a real humanitarian effort on his part.

Mr. Peltier noted that his fondest memories of Mr. Frampton, were the days when he would pass on the useful media information to him especially in programming.

Managing Director of SAT Telecommunications, Mr. Marlon Alexander, cousin of Mr. Frampton says, he will certainly miss him as they grew up together as young boys.

He said although he left Dominica for some time, when he returned their friendship resumed.

Mr. Alexander revealed a number of memorable experiences shared with Mr. Frampton, one of which was long trips to the countryside, where they would enjoy nature at its best.

He said although they grew up together, they took different career paths as Mr. Frampton went into the media field, while he pursued electronics but now he is directly associated with media.

Mr. Alexander added although in the past few months they did not see each other as often, he will miss his friend and family.