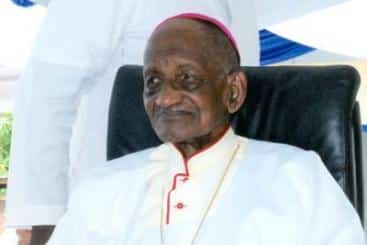 Relatives said that Bishop Bowers, whose father was originally from Antigua, died on Monday.

Bishop Bowers founded the congregation of the Sisters of the Handmaids of the Divine Redeemer (HDR) in Accra in 1957, which was dedicated to caring and comforting the poor. He also started a school, which is named after him.

He is also the founder of St John College and Seminary presently known as Pope John Senior High School and Minor Seminary, one of the best high schools in Ghana.

In recognition and acknowledgement of his pioneering work in Ghana, when the diocese of St. John’s-Basseterre in the West Indies was created in 1971 – comprising the islands of Antigua-Barbuda, St. Kitts and Nevis, Montserrat, Anguilla and the British Virgin Islands – Bowers was appointed its first bishop on January 16, 1971.

He retired in 1981 and returned to Dominica before migrating to Ghana in the 1990s where he lived until his death.