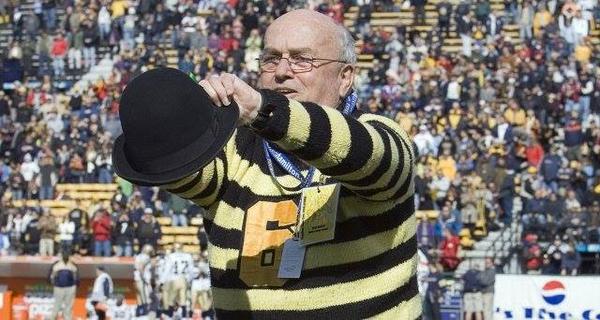 The Hamilton Tiger-Cats made the announcement Wednesday morning, extending sympathies to Weiler’s family on the former Pigskin Pete, who played the role between 1976 to 2006. He was succeed by Dan Black.

“Paul was a beloved figure at Tiger-Cats home games for over three decades. Our thoughts and prayers are with Paul’s family and friends. He will be deeply missed,” said Tiger-Cats president and COO, Glenn Gibson.

The role of Pigskin Pete has been around since the 1920s.

Ward 4 Councillor Sam Merulla said he will be making a motion to have Weiler inducted into the Hamilton Sports Hall of Fame, as well as the Wall of Fame at Tim Horton’s Field.

Tributes began to hit Twitter shortly after the news, from the CFL, and even the Toronto Argonauts band, the Argonotes.

Our thoughts are with the family of Paul Weiler (aka Pigskin Pete III), who passed away Wednesday morning.