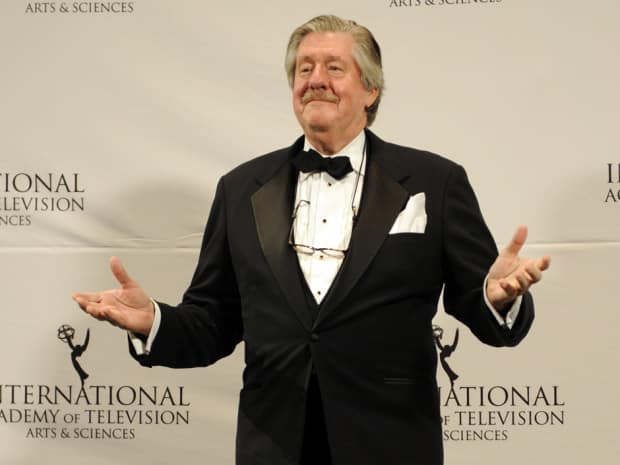 The son of Edward Herrmann says the Gilmore Girls star and Tony Award-winner has died.

Rory Herrmann said that his father died Wednesday in a New York City hospital where he was being treated for brain cancer. Edward Herrmann was 71.

The towering, 6-foot-5 actor with the melodious voice made his mark on stage, on screen and as the narrator of a number of documentaries.

He also provided the voice for Franklin D. Roosevelt in Ken Burns’ documentary series The Roosevelts: An Intimate History, which aired on PBS earlier this year.