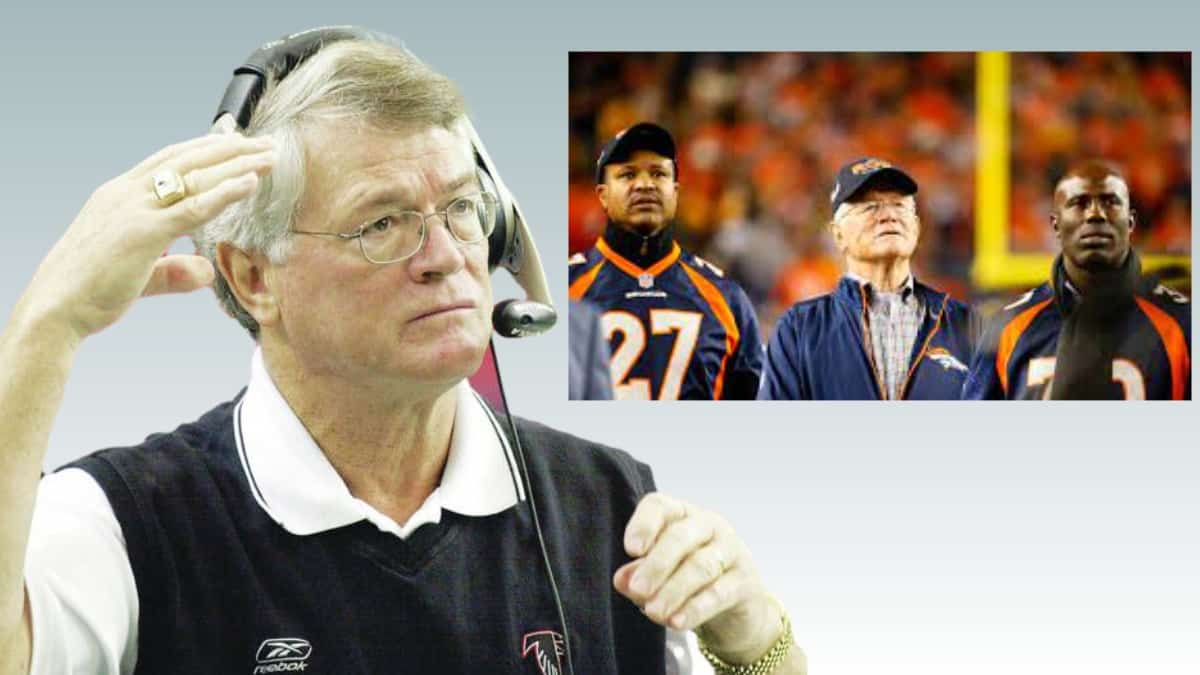 ATLANTA (AP) — Dan Reeves’ talents off the field were recognized early on by Tom Landry. Reeves was still suiting up for the Dallas Cowboys when Landry made him a playing coach. He is dead at 77.

At 37, Reeves landed his first head coaching job, pulled off a trade to acquire John Elway, and built the Denver Broncos into a powerhouse that reached the Super Bowl three times in four years.

At the final stop of nearly four uninterrupted decades in the NFL, Reeves guided the Atlanta Falcons to their first Super Bowl. The only blemish on his record: four blowout losses in the big game. Reeves, who did win a ring as a player with the Cowboys but will be remembered mostly for a long, largely successful coaching career marred by those four defeats, died Saturday of complications from dementia. He was 77.

A statement released by his family through former Falcons media relations director Aaron Salkin said Reeves died “peacefully and surrounded by his loving family at his home in Atlanta.”

Reeves was a versatile running back who played a key role in the Cowboys becoming an NFL powerhouse in the 1960s under Landry. But his coaching career — stretching over three teams and 23 seasons — is where he truly left his mark on the league.

Including a stint with the New York Giants, Dan Reeves totaled 190 regular-season coaching victories — ninth-most in NFL history. But he joined Marv Levy and Bud Grant as the only coaches to go 0-4 in the Super Bowl, with all of Reeves’ losses by at least 15 points.

Even so, Elway called him “a winner” — words even more striking coming from a Hall of Famer whose bitter falling out with Reeves over offensive philosophy led to the coach being fired by the Broncos.

“The football world lost a heckuva coach and man,” said Elway, who now runs the football operations in Denver. “I owe a lot to him — he was instrumental in my career and growth as a quarterback. We were able to win a lot of football games together.”

After taking over as Broncos coach in 1981, Dan Reeves worked out a blockbuster trade to acquire Elway. The quarterback would become the centerpiece of a team that won three AFC titles, five AFC West crowns, and earned six trips to the playoffs over the coach’s 12-year tenure.

Despite those defeats, Reeves is remembered fondly in Denver, a bitter parting after the 1992 season. The Broncos inducted him into their Ring of Honor in 2014.

“Coach Dan Reeves set the foundation for the Broncos’ decade of dominance in the 1980s and championship tradition for years to come,” the team said in a statement.

Reeves’ relationship with Elway deteriorated over the quarterback’s desire to open up the offense. Believing that Elway and then-offensive coordinator Mike Shanahan were working together to undermine his authority, Reeves fired Shanahan for insubordination after the 1991 season.

That only worsened the relationship with Elway, leading to Reeves’ firing a year later.

“We may not have always seen eye to eye, but the bottom line is we won a lot of games together,” Elway said in his statement. “Looking back, what I appreciate about Dan is how he gradually brought me along to help me reach my potential.”

Reeves’ supporters have pushed for him to be inducted into the Pro Football Hall of Fame. Marty Schottenheimer is the only non-Hall of Fame coach with more wins than Reeves (200), but he never reached the Super Bowl.

Grant (158) and Levy (143) never won a Super Bowl and had fewer wins than Reeves, but both have been inducted in Canton.

“When you look at all Dan did in this league with all the success, all the Super Bowls and all the wins, I don’t think there is any question he belongs in the Pro Football Hall of Fame,” Elway said.

Dan Reeves took over the Giants in 1993 and led the team to the playoffs in his first season, his only postseason appearance in New York. He was fired after four seasons, but Giants co-owner and CEO John Mara remembered Reeves as “one of the finest men I have ever been around in this business.”

Reeves moved on to the Falcons, a homecoming of sorts for the Georgia native.

He brought a sense of professionalism to a team that had experienced little success for most of its history. It paid off in his second season when Reeves guided a rollicking squad known as the “Dirty Birds” to a 14-2 record and their first trip to the Super Bowl.

After Reeves underwent emergency heart surgery, the Falcons beat the heavily favored Minnesota Vikings in an overtime thriller. The team claimed the NFC championship, prompting the coach to attempt the arm-flapping dance star running back Jamal Anderson and other players had made the team’s trademark.

“My guy!” Anderson wrote on Twitter. “I am going to miss DR, a first-class human and a most excellent coach. My thoughts and prayers are with (his wife) Pam, his family. A family man first. Respect & love, RIP Coach Reeves!”

Reeves again came up short of a championship, losing to Elway and the Broncos — now coached by Shanahan — 34-19.

Reeves engineered another huge trade that brought Michael Vick to the Falcons and made his final playoff appearance in 2002. Atlanta became the first road team to win a playoff game in Green Bay. But Vick was injured during the 2003 preseason, and Reeves was fired after winning just three of its first 13 games.

Reeves remained in Atlanta after his retirement, most notably serving as an adviser to Georgia State when it launched a football program that now plays in the Sun Belt Conference.

Former Giants running back Rodney Hampton praised Dan Reeves for being treated during their four years together in New York.

“He taught us how to be men,” Hampton said in a story on the team’s website. “When I first got there, we used to always stay at hotels (the night before home games). He told us, ‘You’re grown men; you should know what to do to take care of yourself.’ So when he got there, we sd at our place, our own house.”

Although the running back endured persistent knee issues, Hampton rushed for 4,161 yards with Reeves as a coach.

“He took care of me,” Hampton said. “He would understand that I can’t lift all the weights, and I can’t do all that running in practice. He would always say, ‘Hey, you do what you got to do on Sundays, and I’ll take care of you during the week.'”

Daniel Edward Reeves was born in Rome, Georgia, but grew up in the Americus, in the southwestern part of the state. He attended college in South Carolina, was a three-year starter at quarterback from 1962-64, and played baseball.

Better known as a runner than a passer, Dan Reeves was not drafted. He signed with the Cowboys, who initially wanted him to play safety but wound up moving him to run back.

Reeves emerged as one of the team’s key players just as the Cowboys were establishing themselves as what became known as “America’s Team.”

He started all 14 games at halfback in 1966, leading the Cowboys in rushing with 757 yards and eight touchdowns. Dallas made its first playoff appearance but lost to the Packers in a 34-27 shootout for the NFL championship, missing a chance to play in the first Super Bowl.

The following season, Reeves rushed for 603 yards and five TDs, again starting every game, as the Cowboys made another run to the playoffs. Furthermore, they were thwarted by Green Bay’s one win shy of the Super Bowl, losing to the Packers on a touchdown in the closing seconds of the famed “Ice Bowl” at frigid Lambeau Field.

A knee injury in 1968 forced Dan Reeves into a more limited role the rest of his career. Landry recognized his abilities off the field, asking Reeves to serve as a player coach while runners such as Duane Thomas and Calvin Hill rose to prominence.

The Cowboys made their first Super Bowl during the 1970 season, losing to the Baltimore Colts. Dallas finally won the championship the following year with a 24-3 victory over the Miami Dolphins.

Reeves retired as a player after the 1972 season, becoming a full-time assistant on Landry’s staff.

As a head coach, Reeves was known for his aggressive, no-nonsense approach and an offensive philosophy that favored a physical running game. But he had plenty of success with two of the game’s most dynamic offensive players, Vick and Elway, defying those who labeled him as old-fashioned and out of touch.

With his distinctive Southern drawl, Dan Reeves could be honest to a fault, such as when he spoke openly of the rift that led to his departure in Denver — and opened up a lot of old wounds — during the lead-up to the Falcons facing the Broncos in the 1999 Super Bowl.

“There’s still a lot of hurts that won’t ever go away,” Reeves said. “You never will forget those things.”

But Reeves rarely held grudges, even with members of the media that he had clashed with. In his later years, he would gladly take phone calls to discuss the issues of the day, once joking when a reporter identified himself, “OK, what did I do wrong now?”

Reeves is survived by his wife Pam, his high school sweetheart, children Dana, Lee, Laura, and grandchildren and great-grandchildren. Funeral arrangements have yet to be announced. 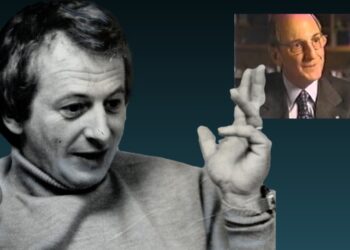 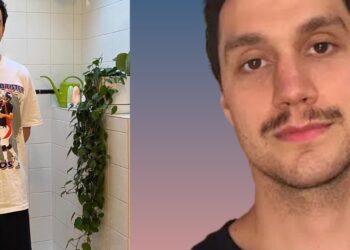 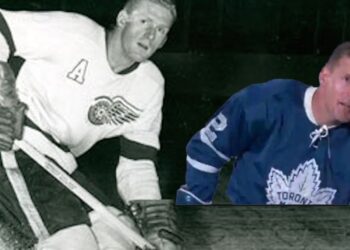 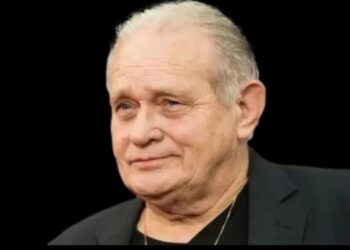