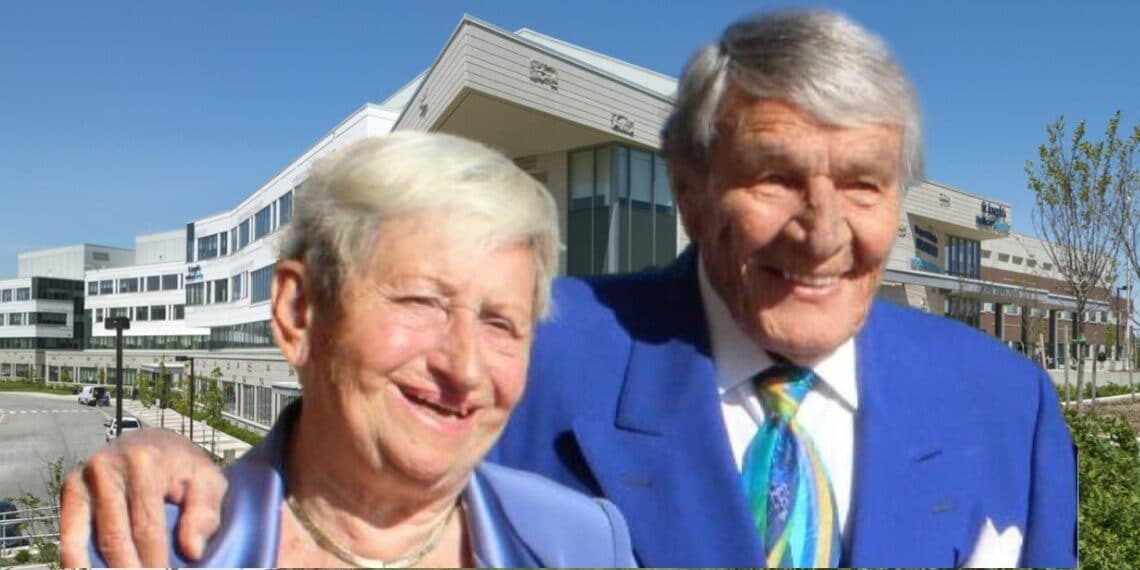 Charles Juravinski, a successful businessman and philanthropist, left his mark with tens of millions in donations to support health care across Hamilton. He died Wednesday at the age of 92.

Juravinski and his wife Margaret created a $100M endowment fund to continue giving after they’re gone.

Charles Juravinski’s death came just one day after he and his wife showcased their generosity again, this time with a $5.1-million donation toward health care in the city through the Juravinski Research Institute.

“He passed away, perhaps fittingly, at Margaret’s Place — a hospice named in Margaret’s honor at St. Joseph’s Villa in Dundas,” the institute said in a statement Wednesday.

Juravinski was born in Saskatchewan in 1929 as the Great Depression began. His family moved to Hamilton in 1942, where he worked in construction before helping launch the Flamborough Downs racetrack.

In recent years he and Margaret, who were married for 65 years, donated more than $60 million to healthcare causes and research in the city.

Then, in 2019, the couple created the Juravinski Research Institute, which took the form of a $100-million endowment fund. That gift will see McMaster University, Hamilton Health Sciences (HHS), and St. Joseph’s Healthcare Hamilton collectively receive up to $5 million per year in perpetuity after their deaths.

“Today, we are old. We love our lives, but as in all matters, we are also pragmatic,” the couple wrote at the time. “We know we are much closer to the end than to the beginning, and we are ready,” they wrote. “We want to be sure our remaining resources can do as much good for as many people for as long as they can.”

Dr. Julian Dobranowski, chair of the institute’s steering and scientific committees described Juravinski as a “remarkable man” and a friend.

He “was a child of the Great Depression who was determined to work hard, take risks, and give back,” Dombrowski said in a statement.

“Every time he and Margaret gave, Charlie encouraged others to give back, too. He was quick to say; it didn’t matter how much; he just wanted people to experience the joy of giving.”

Other local healthcare leaders shared their appreciation and admiration, calling Juravinski a champion of Hamilton. He always pushed the city’s medical institutions to collaborate more, share more often and be better.

“Those important lessons will continue to guide us long after his passing,” said Melissa Farrell, president of St. Joe’s.

Jurvinski’s name graces buildings across the city, from a hospital and cancer care center at HHS to a tower at St. Joe’s Charleton Campus.

“(When you donate) you feel better … and you walk away proud. Your shoulders go back. You stand taller. I urge every one of you to support health care to the best of your abilities.”