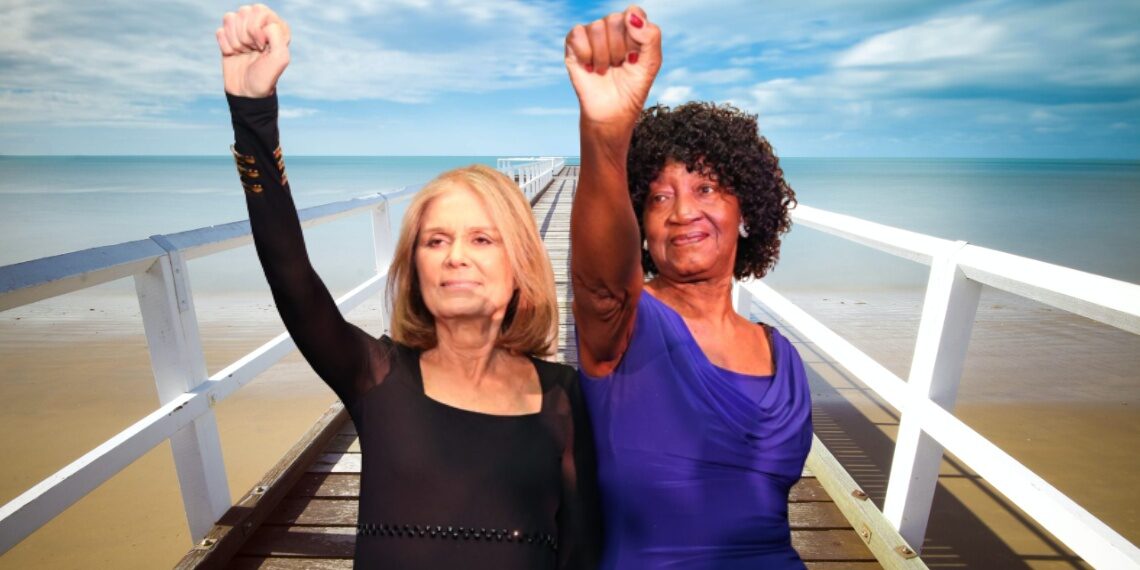 Black feminist Dorothy Pitman Hughes died Dec. 1 in Tampa, Florida, at the home of her daughter and son-in-law, said Maurice Sconiers of the Sconiers Funeral Home in Columbus, Georgia. Her daughter, Delethia Ridley Malmsten, said the cause was old age.

Though they came to their feminist activism from different vantage points — Hughes from her community-based work and Steinem from journalism — the two forged a powerful speaking partnership in the early 1970s, touring the country at a time when feminism was seen as predominantly white and middle class, a divide dating back to the origins of the American women’s movement. Steinem credited Hughes with helping her become comfortable speaking in public.

In one of the most famous images of the era, taken in October 1971, the two raised their right arms in the Black Power salute. The photo is now in the National Portrait Gallery.

Hughes, her work always rooted in community activism, organized the first shelter for battered women in New York City and co-founded the New York City Agency for Child Development to broaden childcare services in the city. But she was perhaps best known for helping countless families through the community center she established on Manhattan’s West Side, offering daycare, job training, advocacy training and more.

“She took families off the street and gave them jobs,” Malmsten, her daughter, told The Associated Press on Sunday, reflecting on what she felt was her mother’s most important work.

Steinem, too, paid tribute to Hughes’ community work. “My friend Dorothy Pitman Hughes ran a pioneering neighbourhood childcare center on the west side of Manhattan,” Steinem said in an email. “We met in the seventies when I wrote about that childcare center, and we became speaking partners and lifetime friends. She will be missed, but if we keep telling her story, she will inspire us all.”

Laura L. Lovett, whose biography of Hughes, “With Her Fist Raised,” came out last year, said in Ms. Magazine that Black feminist Dorothy Pitman Hughes “defined herself as a feminist, but rooted her feminism in her experience and more fundamental needs for safety, food, shelter and child care.”

Born Dorothy Jean Ridley on Oct. 2, 1938, in Lumpkin, Georgia, Hughes committed herself to activism at an early age, according to an obituary written by her family. When she was 10, it said, her father was nearly beaten to death and left on the family’s doorstep. The family believed the Ku Klux Klan attacked him, and Hughes decided to dedicate herself to helping others through activism.

She moved to New York City in the late 1950s when she was nearly 20 and worked as a salesperson, nightclub singer and house cleaner. By the 1960s, she had become involved in the civil rights movement and other causes, working with Martin Luther King Jr., Malcolm X and others.

In the late 1960s, she set up her West 80th St. Childcare Center, providing daycare and support for parents.

At the center, Hughes met Steinem, then a journalist writing a story for New York Magazine. From 1969 to 1973, they became friends and spoke across the country at college campuses, community centers and other venues on gender and race issues.

“Dorothy’s style was to call out the racism she saw in the white women’s movement,” Lovett said in Ms. “She frequently took to the stage to articulate how white women’s privilege oppressed Black women but also offered her friendship with Gloria as proof as they could overcome this obstacle.”

In the early 1970s, Hughes also helped found, with Steinem, the Women’s Action Alliance, a broad network of feminist activists aiming to coordinate resources and push for equality on a national level. Though Hughes was often said to have also co-founded Ms. Magazine with Steinem in the same era, and biographer Lovett says she helped inspire the idea, she did not have a formal role with the magazine.

“It was our difference in experience that made us good lecture partners,” Steinem noted. She recalled also collaborating with Hughes on protesting so-called “welfare hotels” in New York for low-income families In the 1970s. “Dorothy was key to exposing living conditions there,” Steinem said. “She truly was a great community activist.”

By the 1980s, Black feminist Dorothy Pitman Hughes had moved to Harlem and opened an office supply business, Harlem Office Supply, the rare stationery store a Black woman ran. But she was forced to sell the store when a Staples opened nearby, part of President Bill Clinton’s Upper Manhattan Empowerment Zone program.

She would remember some of her experiences in the 2000 book, “Wake Up and Smell the Dollars! Whose Inner City Is This Anyway!: One Woman’s Struggle Against Sexism, Classism, Racism, Gentrification, and the Empowerment Zone.”

Hughes was portrayed in “The Glorias,” the 2020 film about Steinem, by actor Janelle Monaé.

She is survived by three daughters: Malmsten, Patrice Quinn and Angela Hughes.