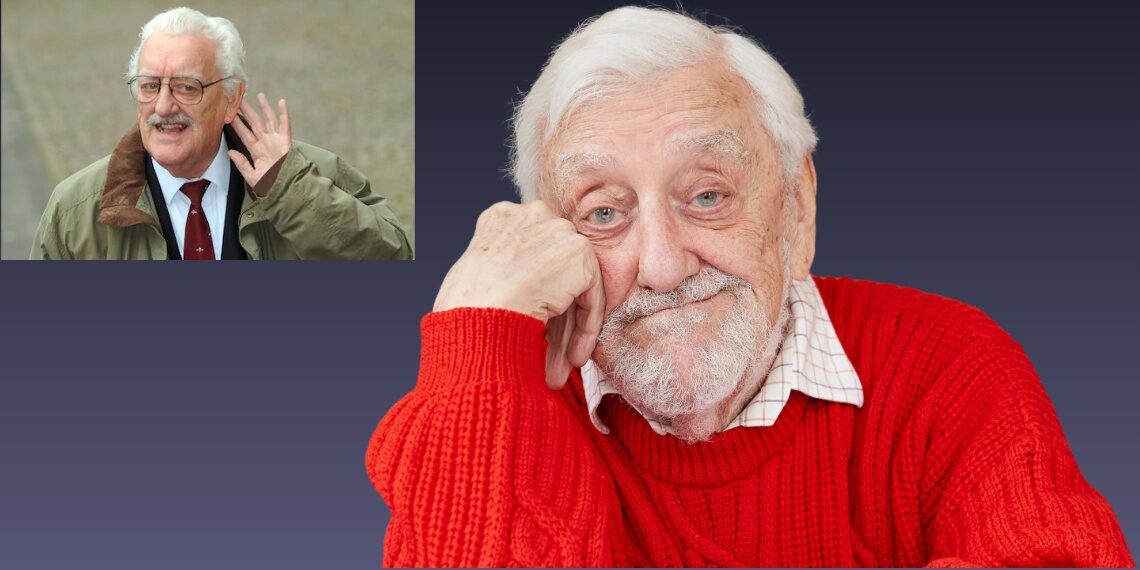 Bernard Cribbins, born Bernard Joseph Cribbins on December 29, 1928, in the UK, was an English actor and singer whose career spanned seven decades. Cribbins died on July 27, 2022. Bernard Cribbins’ agent, Gavin Barker Associates, confirmed the news to Deadline in a statement.

During the 1960s, Cribbins known in the UK for his successful novelty records, including “The Hole in the Ground” and “Right Said Fred,” and appearances in comedy films, including Two-Way Stretch (1960) and the Carry On series. On television, he was a regular and prolific reader for the BBC series Jackanory from 1966 to 1991; he narrated the children’s programme The Wombles (1973–1975) and played the title role in the CBeebies series Old Jack’s Boat (2013–2015). His other screen roles include Albert Perks in The Railway Children (1970), barman Felix Forsythe in Alfred Hitchcock’s Frenzy (1972) and pretentious hotel guest Mr. Hutchinson in the Fawlty Towers episode “The Hotel Inspectors” (1975).

His career spanned seven decades with diverse work ranging from films like The Railway Children and the Carry On series, hit 60’s song Right Said Fred, a notorious guest on Fawlty Towers and narrating The Wombles,” the statement read. “He worked well into his 90s, recently appearing in Doctor Who and the CBeebies series Old Jack’s Boat. He lost his wife of 66 years, Gill, last year.”

The statement continued: “Bernard’s contribution to British entertainment is without question. He was unique, typifying the best of his generation, and will be greatly missed by all who had the pleasure of knowing and working with him.”

Born in Oldham on December 29, 1928, Cribbins made several big-screen appearances, including in Alfred Hitchcock’s 1972 film Frenzy, for which he played the barman Felix Forsythe. Cribbins also made regular appearances on Doctor Who as Wilfred Mott, the grandfather of the Doctor’s popular companion Donna Noble, played by Catherine Tate.

He also made recurring appearances on the British soap drama Coronation Street. Off-screen, Cribbins had a successful musical career with two top-10 hits in 1962, with Hole In The Ground and Right Said Fred.