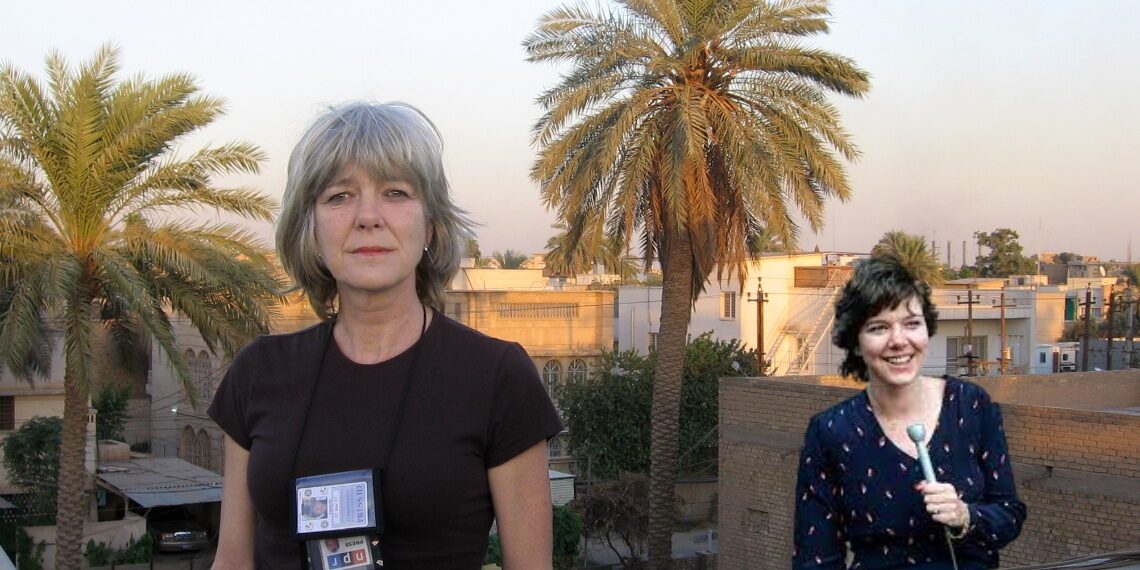 Anne Garrels was a longtime foreign correspondent for NPR and worked for NBC News and ABC news. She died of lung cancer on Wednesday, the network announced. Garrels was 71 years old.

During her career, Garrels reported from the front lines in hotspots, including Afghanistan, the Middle East and Iraq. She was one of the few reporters who remained in Baghdad at the outset of the U.S. invasion of Iraq in 2003, and she later chronicled her experiences in the book Naked in Baghdad.

She was bureau chief for ABC News in Moscow and Central America.

Garrels was born on July 2, 1951, in Springfield, MA. She moved to London when she was 8, as her father was a top executive for Monsanto, and returned to the United States in 1968 to attend college. The veteran journalist graduated from Radcliffe College in 1972 and took a research position at ABC News. Later she was assigned to Moscow, partly because she was fluent in Russian, according to a biography when she was inducted into the Connecticut Women’s Hall of Fame.

Then under totalitarian Communist rule, Garrels pursued investigative stories and was eventually expelled from the country in 1982. She was then assigned to Central America, covering conflicts in El Salvador and Nicaragua.

She joined NBC News in 1985 as a state department correspondent in Washington, and three years later joined NPR. She returned to Moscow to cover the fall of the Soviet Union and the crackdown in Tiananmen Square in China.

During her career, Anne Garrels was honoured multiple times for her work, including the George Polk Award, the 2004 Edward R. Murrow Award, the Courage in Journalism Award from the International Women’s Media Foundation and the Los Angeles Press Club’s Daniel Pearl Award for Courage and Integrity in Journalism.