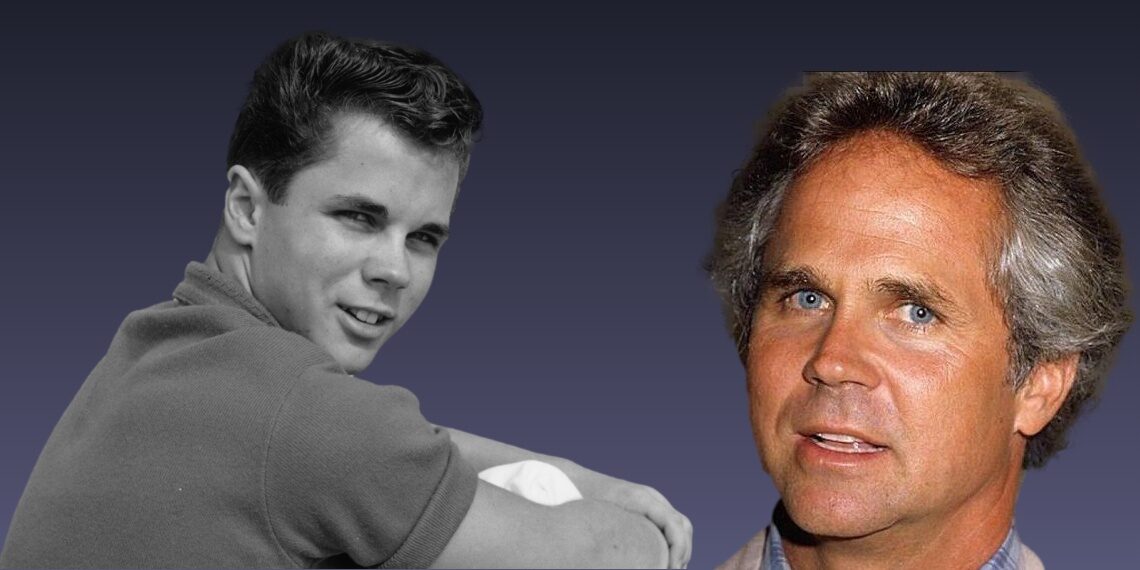 Tony Dow, big brother Wally on Leave it to Beaver, Dead at 77

LOS ANGELES (AP) — Tony Dow, as Wally Cleaver on the sitcom “Leave It to Beaver,” helped create the popular and lasting image of the American teenager of the 1950s and 60s, died Wednesday. On Wednesday, Frank Bilotta, who represented Dow in his work as a sculptor, confirmed his death. Tony Dow was 77.

The cause of Tony Dow’s death was given, but Dow had been in hospice care and announced in May that he had been diagnosed with prostate and gall bladder cancer.

On Tuesday, a post on Dow’s Facebook page reported that he had died prematurely, but his wife and management team later took down the post and explained that it was announced in error.

Dow’s Wally was an often annoyed but essentially loving big brother who was constantly bailing out the title character, Theodore “Beaver” Cleaver, played by Jerry Mathers, on the show that was synonymous with the sometimes hokey, wholesome image of the 1950s American family.

Dow was born and raised in the Hollywood section of Los Angeles — his mother was a stuntwoman who acted as a double for silent film star Clara Bow — but his parents did not push him into show business.

Tony Dow had done stage acting and appeared in a pair of pilots. After attending an open casting call, he landed his career-defining role as Wally.

Dow would play the part for six seasons and more than 200 episodes from 1957 to 1963 on primetime on CBS and ABC, then for more than 100 episodes in the 1980s on a syndicated sequel series.

“Tony was not only my brother on TV but in many ways in life as well. He leaves an empty place in my heart that he won’t fill,” Mathers said in a Facebook post-Wednesday. “Tony was always the kindest, most generous, gentle, loving, sincere, and humble man, and it was my honour and privilege to share memories with him for 65 years.”

On the show, Wally, sometimes the center of the plot himself, navigated the worlds of junior high and high school — his two-faced best friend Eddie Haskell at his side — with just a little more wisdom than his little brother. The show’s plotlines suggested Wally was bound for great things — he mentions wanting to become an aerospace engineer — and he tended to find himself in moral dilemmas that stemmed from his essential goodness.

Dow’s favourite episode was when the always-ready-to-teach father, Ward Cleaver, played by Hugh Beaumont, wants his boys to know about his childhood. He takes them into the wilderness, despite having what they felt was pressing business at home.

“The boys didn’t want to go because ‘Zombies From Outer Space was playing in the theatre,” Dow said in a 2018 interview with Sidewalks Entertainment at Silicon Valley Comic-Con.

After the trip, at the end of the episode, Ward discovers the boys on a hilltop with binoculars, thinking they’re taking in some nature.

“They were watching Zombies from Outer Space at the drive-in,” Dow said with a laugh.

The show was still popular when it went off the air, but it had naturally run its course with Wally about to go to college and Beaver bound for high school.

He took a break from acting to serve three years in the U.S. National Guard in the late 1960s.

From 1983 to 1989, amid a cultural craze for nostalgia television, Tony Dow reprised the role of Wally in “The New Leave it to Beaver.”

He began writing and directing episodes of that series and would work as a director on television throughout the 1990s on shows including “The New Lassie,” “Babylon 5,” “Harry and the Hendersons,” and “Star Trek: Deep Space Nine.”

When such disclosures were rare, Dow went public with his clinical depression in the 1980s and made self-help videos on accepting and dealing with the illness.

Along with appearances in later years at pop culture conventions, often alongside Mather, Dow worked as an artist, gaining a sterling reputation as a sculptor.

He accepted one of his bronze pieces at 2008′s Société Nationale des Beaux-Arts, a 150-year-old art show staged annually at the Louvre.

Dow told The Associated Press in 2012 that his openings brought out as many people anxious to rub shoulders with the Beaver’s big brother as to see his art.

“I think it’s hard, especially with the Wally image, to be taken seriously at pretty much anything other than that,” he said with a chuckle and a shake of his head.