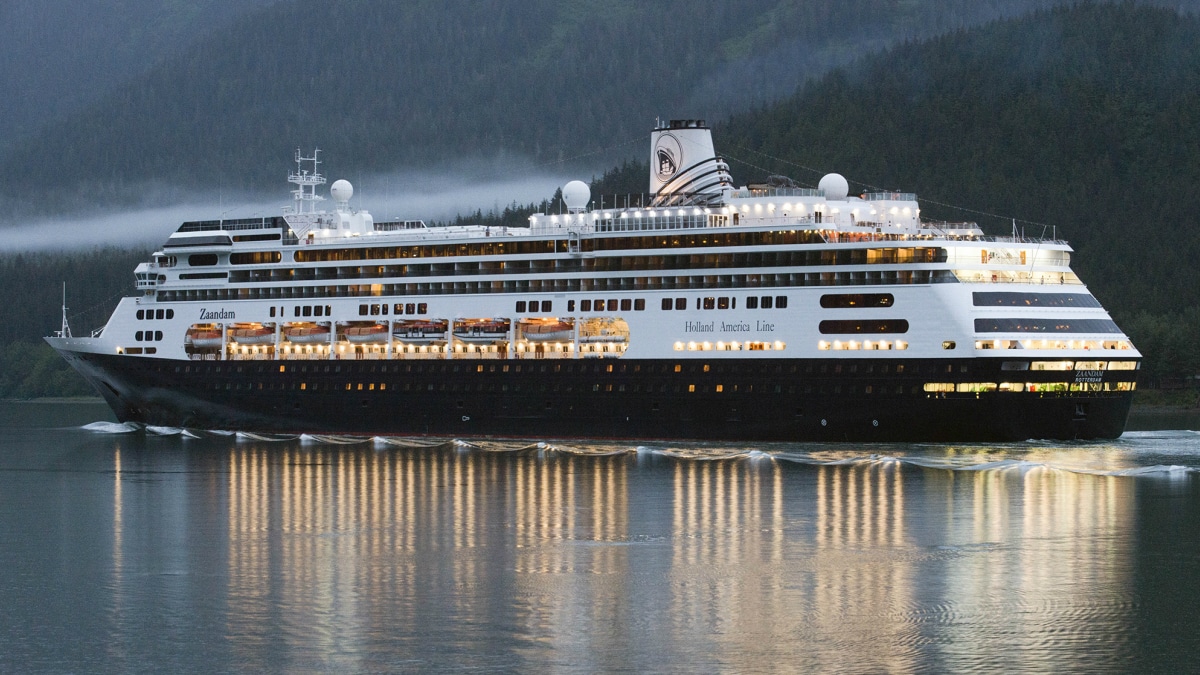 A total of 247 Canadians are among the 1,243 passengers on the Zaandam, which is also carrying 586 crew members — one of whom is Canadian, according to Global Affairs Canada.

“Holland America Line can confirm that four older guests have passed away on Zaandam,” the cruise line said in a statement. “Our thoughts and prayers are with their families, and we are doing everything we can to support them during this difficult time,” said the cruise line.

None of the dead are Canadians.

Holland America — which first announced some of its passengers had fallen ill with “influenza-like symptoms” last Sunday — has since reported that 138 passengers and crew aboard the ship have sought medical care.

The cruise line didn’t provide a cause of death for the four passengers. Still, it said that the ship tested several patients with respiratory symptoms for COVID-19 on Thursday, and two individuals tested positive.

CBC News spoke with several distraught Canadian passengers on board by a combination of phone, email, and WhatsApp, like phone service from the ship was intermittent.

“It drives home how lethal this disease is,” said passenger David Kirkham, of Victoria who believes the deaths are related to COVID-19.

“It’s taken the lives of four people, and God knows how many more people it could take because we have many people on board who are seniors, presumably others who have underlying health conditions.”

Kirkham, 68, is traveling with his wife, Norma. She said the captain announced the News to passengers on Friday afternoon.

“We received unfortunate news,” the 63-year-old said. “Four guests have died: one overnight, two yesterday and one the day before. It has hit us very hard.”

The News has frightened and surprised many Canadian passengers aboard the ship, which has been seeking a place to dock since cutting short its South American cruise on March 14 in a bid to allow passengers to fly home amid the growing COVID-19 pandemic.

“We are slowly losing hope that we will ever dock and get off this ship,” said Chris Joiner, of Orleans, Ont. “We need the Canadian government to step up to the plate and help us.”

Joiner, 59, said his wife, Anna, has developed a cold and couldn’t get tested onboard for COVID-19.

“What’s hard on us now is the stress that we’re under,” he said. “We don’t know what’s going to happen next.”

Passengers continue to report to the ship’s medical center with symptoms, said Joiner.

The Zaandam began its South American cruise on March 7 and had initially planned to dock ten days ago in Punta Arenas, Chile, to let passengers off early. However, the country refused to allow passengers to disembark.

By the end of the month, the ship hoped to secure passage through the Panama Canal to dock in Fort Lauderdale, Florida.

However, in a statement this evening, the Panama Canal Authority said that the Zandaam couldn’t enter the canal because passengers on board have tested positive for COVID-19, and canal officials must board ships transiting the canal.

“We don’t know where we’ll end up,” said David Kirkham. “Who will want to take a ship that is sick, that has people dying on board. That’s a tall order for anyone.”

Holland America said it’s transferring healthy passengers to its sister ship, the Rotterdam, which is currently with the Zaandam. Passengers over the age of 70 who have an inside cabin will get priority the cruise line said.

Any passengers who are currently ill and all crew will remain onboard the Zaandam.

No word yet if the Rotterdam will be allowed to pass through the canal.

.CBC News reached out to the Canadian government for comment Friday but hasn’t yet received a reply.

On Thursday, before the four deaths got announced, Global Affairs Canada told CBC News that it was aware of the situation and is working with Holland American to ensure that Canadians who are passengers on the boat can safely return home.

“We are doing everything we can to assist in these unprecedented circumstances,” GAC spokesperson Barbara Harvey said in a statement.

Carnival Corporation owns Holland America, which also owns Princess Cruises. Since the COVID-19 pandemic began, three Princess cruise ships that are no longer at sea — the Diamond Princess, the Grand Princess, and the Ruby Princess — have had coronavirus outbreaks.

As a result of those three outbreaks, 11 people have died, and more than 900 passengers contracted COVID-19, according to the U.S. Centers for Disease Control and Prevention and Australia’s New South Wales Health.