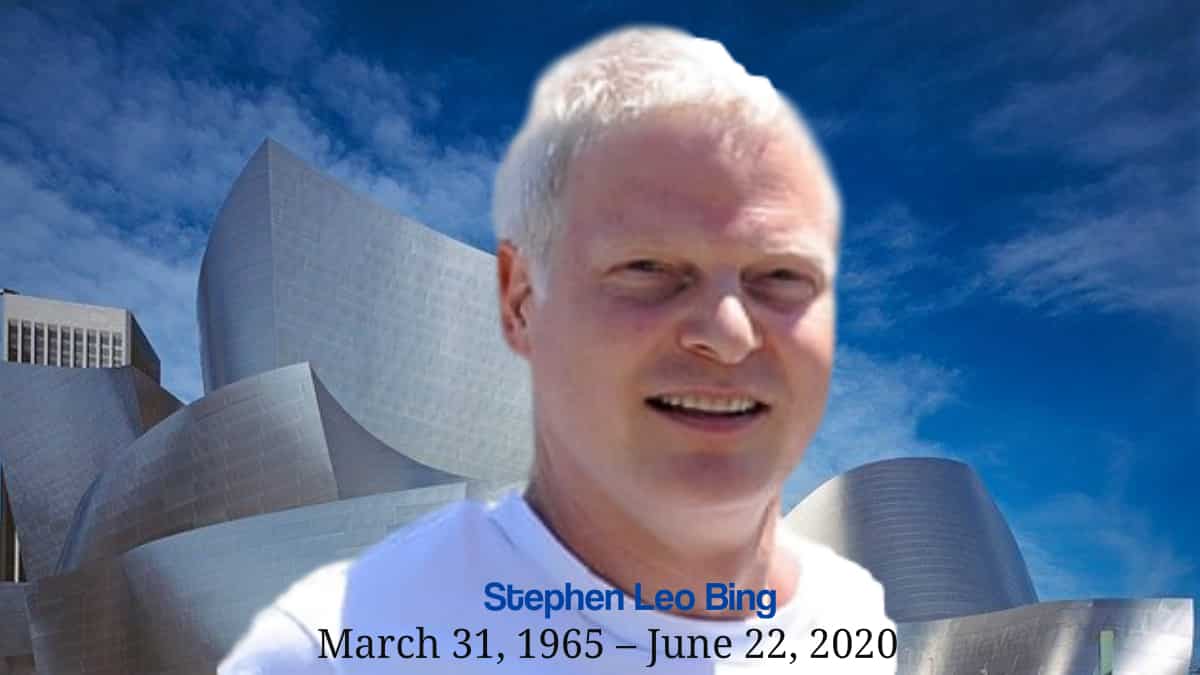 by News Contributor
in Famous People Who Died Today in 2020, Recently Died, Who Important Died Today
0

The Los Angeles County coroner said Bing died Monday at his residence in the Century City section of Los Angeles. The coroner said Tuesday that the cause of death was suicide. Without giving a name, the city Fire Department said it responded to a report of a 55-year-old man jumping from a building at the same time and place.

Bing produced the 2000 Sylvester Stallone film “Get Carter” and was a significant investor in the 2004 Tom Hanks animated film “The Polar Express.” He co-wrote the 2003 comedy “Kangaroo Jack,” a movie starring Anthony Anderson and Jerry O’Connell that was savaged by critics but made nearly $90 million at the box office.

He was also a producer on director Martin Scorsese’s 2008 Rolling Stones documentary, “Shine a Light,” and a co-producer with Mick Jagger on a forthcoming documentary on Jerry Lee Lewis.

“It’s so sad to hear of Steve Bing’s passing,” Jagger said on Twitter. “He was such a kind and generous friend and supported so many good and just causes. I will miss him very much.”

Bing was the son of Peter Bing, a doctor and philanthropist who specialized in public health, and the grandson of Leo Bing, a New York real estate developer. The latter left him hundreds of millions of dollars that he inherited when he turned 18.

In the 1980s, Steve Bing dropped out of his father’s alma mater, Stanford University, where the elder Bing had donated $50 million for a career in Hollywood. He got early credits as a co-writer for the 1984 Chuck Norris Vietnam vet movie “Missing in Action” and its two sequels. He wrote an episode of the sitcom “Married… with Children” and in 1994 wrote and directed his small film starring Judd Nelson, “Every Breath.”

Bing donated millions to the Democratic Party and its candidates, including Hillary Clinton, John Kerry, and Nancy Pelosi, to various charities and campaigns for liberal-leaning ballot initiatives in California.

“I loved Steve Bing very much,” President Bill Clinton tweeted. “He had a big heart, and he was willing to do anything he could for the people and causes that he believed in, Clinton said. I will miss him and his enthusiasm more than I can say, and I hope he’s finally found peace.”

Bing was an LA socialite who frequently dated famous women and was often seen on red carpets, at big-dollar benefits, and courtside at Lakers games.

In his 30s, he was involved in a pair of high-profile lawsuits centering on his possible paternity of children that brought him media attention on both sides of the Atlantic Ocean. A 2002 DNA test required by a British court showed that he was the father of the infant son of model and actress Elizabeth Hurley, whom he had dated.

The same year he sued movie mogul Kirk Krekorian, alleging Krekorian had hired a private detective to go through Bing’s trash. The hiring of the detective was to obtain DNA for another paternity test. The test was to determine whether Bing was the father of the daughter born to Krekorian’s then-wife, tennis player Lisa Bonder. That lawsuit got settled out of court.

The two children, Damian Hurley, and Kira Kerkorian, have been named in recent court fights over whether they will be heirs in the trust set up by Bing’s father.