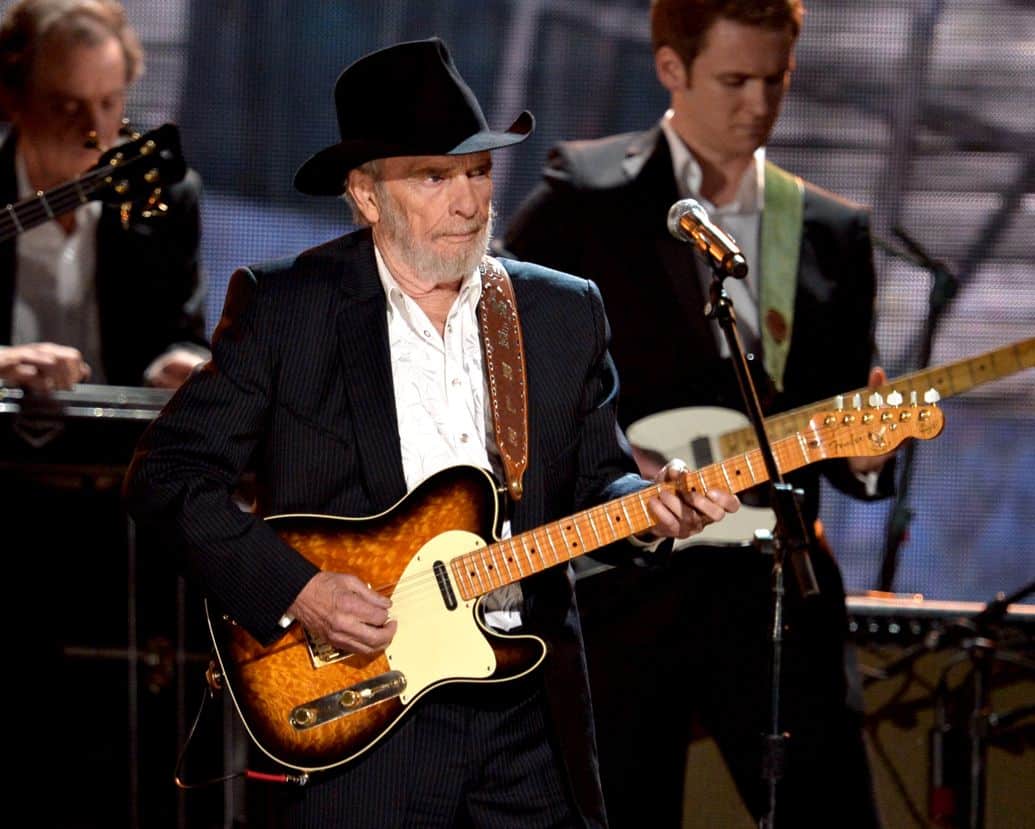 Merle Haggard has died after a series of recent health struggles. The legendary singer passed away on April 6, 2016, which was also his 79th birthday.

Haggard canceled tour dates in December of 2015 after he checked into a hospital and learned he had double pneumonia. In an interview later with Willie’s Roadhouse on Sirius XM, he said he was “nearly dead” when he was hospitalized for two weeks. He canceled shows scheduled for Jan. 30 and 31 after his double pneumonia returned. At the end of March, the legend announced he was canceling all of his scheduled shows for April on doctor’s orders.

According to Country Aircheck, Haggard had been in hospice care recently. The country icon’s manager, Frank Mull, reveals that he died of pneumonia at 9:20AM on Wednesday (April 6) in Palo Cedro, California.

Haggard was born Merle Ronald Haggard in 1937 just outside of Bakersfield, Calif., a town that he would help make famous with his revolutionary sound. His family struggled financially throughout his childhood, living in an old converted boxcar after their home burned down. After Haggard’s father died when he was 9, he turned rebellious, hopping a freight train to Fresno and getting picked up by the authorities when he was just 10, according to his official biography. He was in and out of reform schools and deemed “incorrigible,” and ended up in and out of jail as a young adult, culminating in a stretch in prison when he was 20 years old.

Haggard began to take music seriously while in prison at San Quentin, where he was on hand for the Johnny Cash performance that was captured for the iconic live album At San Quentin.

He began to make a name for himself in the club scene around Bakersfield after his release, developing a hard-charging approach to country music that prominently featured twangy electric guitars. He released his first single, a cover of Wynn Stewart’s “Sing a Sad Song,” in 1964, but it was Haggard’s own compositions that launched him as one of the most important and influential country hitmakers of his generation. He released a long string of deeply personal songs including “The Bottle Let Me Down,” “Branded Man,” “Sing Me Back Home,” “Mama Tried” and many more, developing a reputation as one of the most serious, hard-hitting artists in the genre.

Haggard maintained that successful streak through the 1970s and into the 1980s, scoring more hits including “If We Make It Through December,” “Ramblin’ Fever,” “I Think I’ll Just Stay Here and Drink” and “That’s the Way Love Goes.” He stayed active in his later years, touring regularly and releasing a new album, Django & Jimmie, with Willie Nelson in 2015, debuting at No. 1 on Billboard‘s Country Albums chart.

The legend’s personal life and health were frequently less stable than his career. He was married and divorced four times before marrying his fifth wife, Theresa Ann Lane, in 1993. He underwent angioplasty in 1995 to unblock clogged arteries, and in 2008 Haggard had part of his lung removed after he was diagnosed with non-small-cell lung cancer. He returned to the stage just months after that surgery, and remained active in performing until right before the end of his life.

Bob Moses (Robert Parris Moses), a civil rights activist who was shot at and endured beatings and jail while leading...

Judith Keating was a lawyer and constitutional expert who spent several decades as a senior civil servant in New Brunswick,...