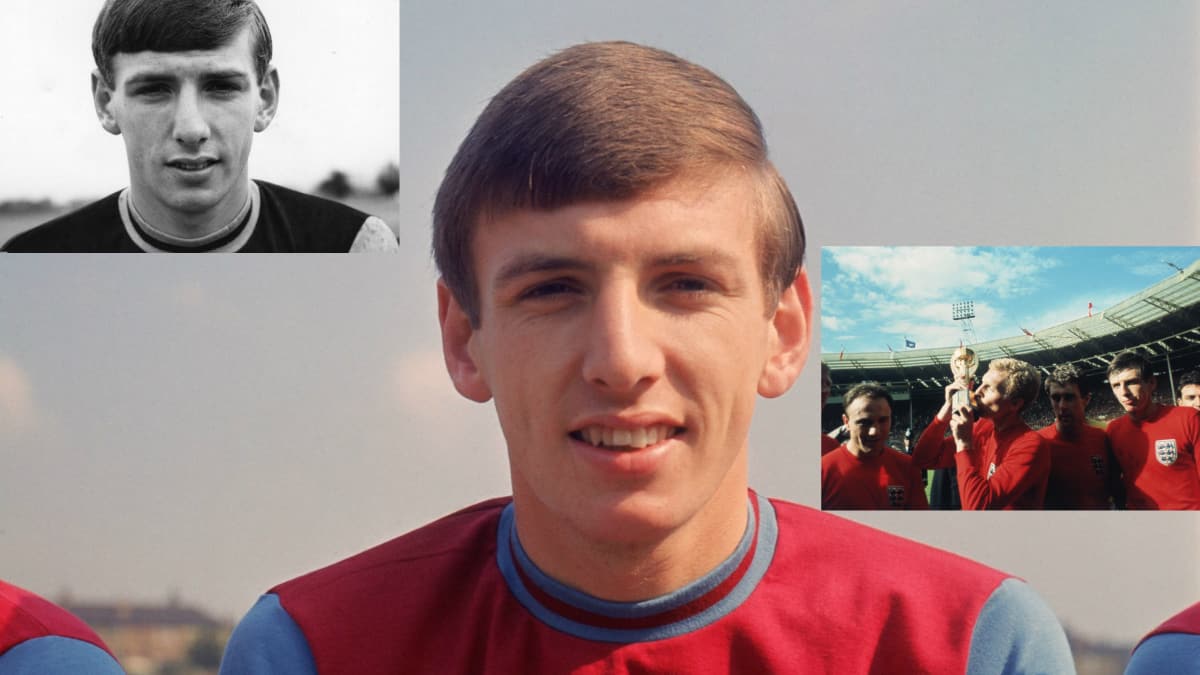 by News Contributor
in Those Who Have Left US, Who Died Today 2020
0

Martin Peters, World Cup winner and West Ham legend have died at age 76, his family has announced. Peters, who joined West Ham aged 15, spent 11 years with the club until he became Britain’s first £200,000 player in a move to Tottenham in 1970. He scored for England in their 1966 World Cup final win over West Germany.

West Ham said, “the 1966 World Cup winner passed away peacefully” on Saturday after “a long and courageous battle with illness.”

His former England team-mate Sir Geoff Hurst said it was a “somber day for football and me personally.”

“Martin Peters was one of the all-time greats and a close friend and colleague of mine for more than 50 years,” Hurst continued.
“A fellow World Cup final goalscorer and my West Ham partner for years along with Bobby Moore. RIP old friend.”

Sir Bobby Charlton, who also played alongside Peters in 1966, said: “We shared one of the most beautiful days of our lives at Wembley. The fact Martin is one of only two Englishman to have scored in a World Cup final gives him a special place in England’s history of the game.

“He was a fantastic footballer. As a team-mate, he was someone I could trust completely to do his job, and I am proud to have shared that great day with him.”

Peters won the European Cup Winners’ Cup with West Ham in 1965 as well as the Uefa Cup and two League Cups with Spurs.
After five years at Norwich, he moved to Sheffield United for a season before retiring in 1981.

Peters, who was awarded an MBE for services to football in 1978, still regularly attended West Ham games as a club ambassador.