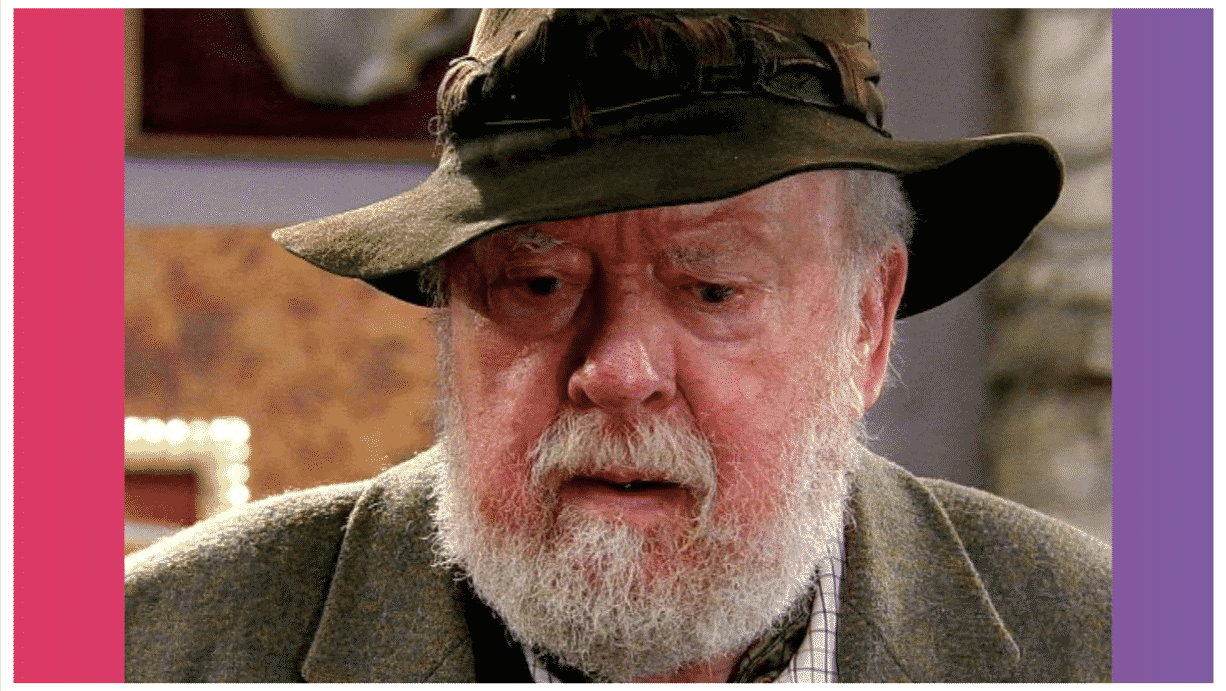 Freddie Jones, best known as Sandy Thomas in the Soap, Emmerdale star, dead at age 91 after a short illness

Freddie Jones agent Lesley Duff announced the actor’s, death. “It is with great sadness that I can confirm the death of Freddie Jones. ‘who passed away on the evening of July 9 after a short illness. ‘Freddie was a much loved and admired actor, known for his triumphs in classical theatre, film, and television. He will be greatly missed by all who had the pleasure of knowing him and most especially his family.’

Jones left the ITV soap last year with Sandy jetting off to Australia to visit Betty and her friend Maisie. Explaining his decision to leave the soap, he admitted in 2018 that it was about finding balance in his life. Jones played Sandy Thomas on the soap from 2005 to 2018.

Emmerdale offered him another contract to stay on for one more year, but he turned it down as he felt there wasn’t much more Sandy could do after Ashley’s death. He told Radio Times at the time: ‘It’s about the balance of my life. The company generously offered me another 12 months. But I just thought, “I have no idea what I’m going to do in another bloody year!” The drama that Ashley’s death gave me last year was monumental. But that’s gone now.

Jones was born in Dresden, a suburb of the town of Longton, Stoke-on-Trent, the son of Ida Elizabeth (née Goodwin) and Charles Edward Jones. He became an actor after ten years of working as a laboratory assistant with the British Ceramic Research Association in Penkhull, leaving (according to him) because of a ‘ban on beards.'[citation needed] He then pursued his hobby of acting on a full-time basis.

Jones, the father of actor Toby Jones, started out performing in amateur theatre as a side project while he worked as a laboratory assistant. Later in life he decided to make a career change and began acting full time, getting his first credit on TV mini-series Androcles And The Lion in 1960. He also had roles in dramas Far From The Madding Crowd and Nicholas Nickleby, even landing TV parts in Heartbeat and Casualty. THE SOAPS NEWSLETTER.