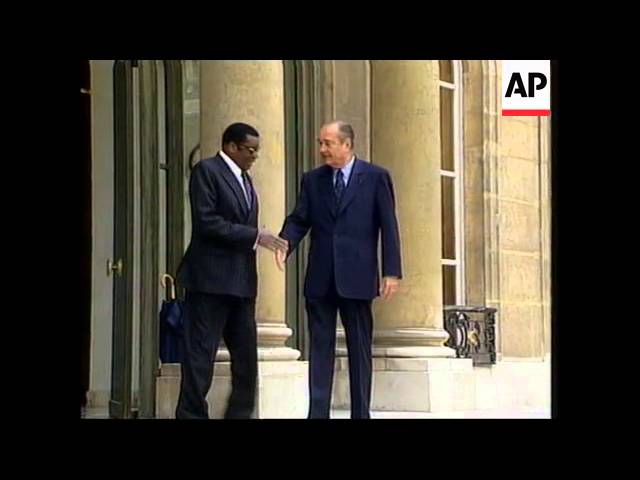 The president of Togo, Africa's longest-ruling leader, died on Saturday, and was replaced hours later by his son as the West African nation's new head of state, military officials said.

President Gnassingbe Eyadema, who was 69, suffered a heart attack early Saturday in his hometown of Piya in southeastern Togo and later died, according to the president's special adviser Barry Moussa Barkue.

Prime Minister Koffi Sama confirmed the death on state radio and said Eyadema died on his way to Europe where he was going to receive treatment for the the heart attack.

Sama called upon the security forces to keep law and order. He also announced that all land and air borders to the country had been closed.

Faure Gnassingbe is the country's minister of communication. However, according to Togo's constitution, the president, in the event of his death, should be succeeded by the speaker of parliament.

Fanbare Tchaba is the current speaker of parliament. It was not immediately clear why the constitutional procedure was not followed and Tchaba was not named as the acting president.

Earlier on state radio, the Prime Minister Sama called on the armed forces and police to help "preserve peace and national security, which are our most precious national assets".

Eyadema had ruled the West African nation since 1967, when he came to power following Africa's first post-colonial coup. Only Cuba's Fidel Castro has been in power longer.

Eyadema was considered one of Africa's last "Big Men" – one-man rulers, holding power through patronage and the loyalty of their ethnic and regional groups, and military force.

He was believed to have heart problems, but the state of his health was not made public. Two weeks ago, he travelled to Switzerland for what authorities said was a medical check-up.

You can license this story through AP Archive:
Find out more about AP Archive: