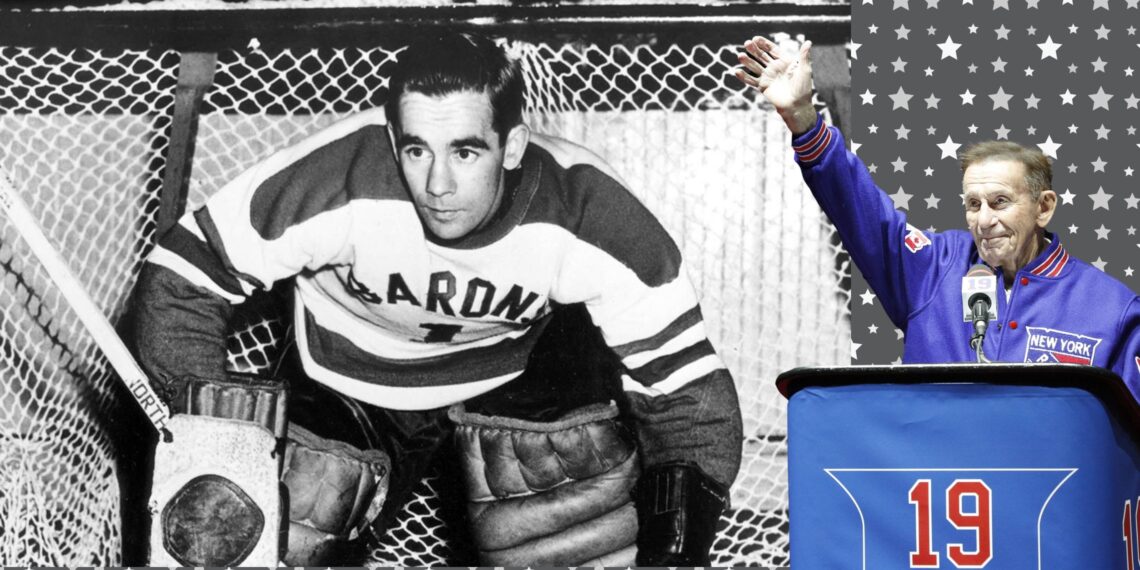 Emile Francis, “The Cat” Hockey Hall of Famer dead at 95

NEW YORK (AP) — Emile Francis, (“The Cat”) the diminutive goalie who became a Hall of Fame coach and general manager with the New York Rangers, died.

“Emile’s passion and dedication to the Rangers organization and growing the game of hockey in New York City was second to none,” Rangers president and general manager Chris Drury said in a statement. “‘The Cat’ was a true pioneer and innovator.” The president added that he was also the architect and coach of some of the greatest teams in Ranger’s history. Chris Drury added that Emile meant much to the Rangers. Also, any person has been part of the organization throughout its history. Our thoughts are with Emile’s family and friends during this difficult time.”

Francis was general manager of the Rangers from October 1964 to January 1976, also serving as a coach for parts of 10 seasons during that time. New York made nine consecutive playoff appearances in his tenure, reaching at least the semifinals in four years (1971-74) and the Stanley Cup Final in 1972.

As Rangers coach, he was 342-209-103 and holds the franchise records for regular-season wins and games, and playoff wins (34) and games (75). He also put together the famous G-A-G line (for goal-a-game) of Rod Gilbert, Jean Ratelle, and Vic Hadfield.

Emile Francis received the Lester Patrick Trophy for service to hockey in 1982 when he was inducted into the Hall of Fame as a Builder.

“The National Hockey League mourns the passing of Emile Francis, a Hall of Fame coach and general manager whose infectious personality was as beloved as his hockey acumen was revered,” NHL Commissioner Gary Bettman said in a statement. “The NHL sends its deepest condolences to his family and his many friends and admirers.”

Francis also was selected as the recipient of the U.S. Hockey Hall of Fame’s Wayne Gretzky International Award in 2015 for contributions to the growth and advancement of the sport in the United States.

From North Battleford, Saskatchewan, the 5-foot-7 Francis was 32-52-10 with a 3.75 goals-against average and one shutout in 95 NHL games in six seasons with Chicago and the Rangers.

Off the ice, he formed the Metropolitan Junior Hockey League to promote the sport for youngsters in New York City and organized youth clinics in the community. The Rangers named an award for him in 2008, awarded to an individual who grows youth hockey in the area.

Francis began his junior career in 1943–44 with the Philadelphia Falcons of the Eastern Hockey League.[5] He later acquired his nickname “the Cat” while playing for the Moose Jaw Canucks of the Saskatchewan Junior Hockey League in 1945–46, when a sportswriter described him as “quick as a cat.”

During the autumn of 1946, he was invited to participate in the training camp of the Chicago Black Hawks – the sponsor club of the Canucks – held in Regina. In the middle of the 1946–47 season, he was called up to play in the National Hockey League (NHL) for the Black Hawks.

He led the league in losses (30) and goals against (183). He ultimately played 73 games with the franchise over those two seasons. His unique use of a catching mitt based upon the design of a baseball first baseman’s glove drew the attention of league officials. Francis argued that the popular gloves of the time put too much strain on the hand of goalkeepers, and, after gaining executive approval, equipment based on Francis’s glove became commonplace.

In October 1948, Francis was traded with Alex Kaleta to the New York Rangers for Jim Henry. Over the next four years, he would play sparingly in a relief role for the Rangers while playing mostly on New York’s American Hockey League affiliate. Francis retired from playing after the 1959–60 season. He finished his career in Western Hockey League, including stints with the Vancouver Canucks, Saskatoon Quakers, and Seattle Americans.