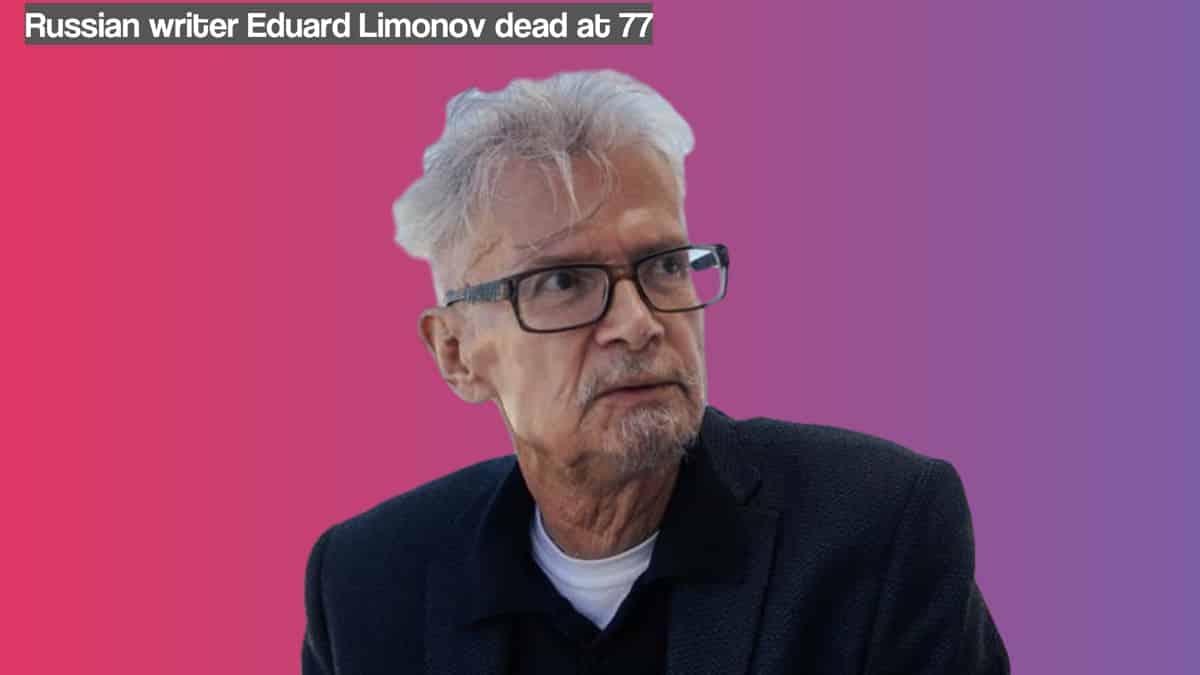 Russian writer Eduard Limonov, a controversial figure who founded a radical nationalist party and led protests against President Vladimir Putin before supporting the Kremlin on Crimea’s annexation, has died at 77, his party said Tuesday.

“Eduard Limonov died today in Moscow,” The Other Russia party, which he previously led, said on its website. Limonov, whose real name was Eduard Savenko, was born in 1943 in the central Russian city of Dzerzhinsk.

He moved to Moscow in 1966 and emigrated to the United States in 1974, working in a variety of odd jobs while writing and later moving to Paris, acquiring French citizenship. In 1980, he published his best-known work, “Eto Ya, Edichka” (It’s Me, Eddie), a personal manifesto subsequently translated into 15 languages.

His autobiographical works became the basis of a 2004 feature film called “It’s Russian.” After the 1991 collapse of the Soviet Union, he returned to Russia and founded the ultra-nationalist National Bolshevik Party that got banned in 2007.

His radical nationalist positions won him notoriety in the 1990s when, among other actions, he was photographed during the 1992-95 Bosnian conflict, firing a machine gun from a hillside above the besieged city of Sarajevo.

The Russian writer Eduard Limonov, arrested in Siberia in April 2001 after-party militants, found him in possession of automatic weapons. He served more than half of a four-year prison term for illegal arms possession.

A successor to the banned National Bolshevik Party was a non-registered party, The Other Russia, which fused ideas of the extreme right with communist ideals. It staged bold political stunts, including occupying a part of Putin’s presidential administration in 2004.

As one of the leaders of the movement, which also included chess legend Garry Kasparov, Limonov called regular peaceful protests in central Moscow against curbs on freedom of assembly under Putin’s rule. Riot police roughly detained supporters, and Limonov was himself often arrested.

He attempted to stand as president against Putin in 2012, but his candidacy g rejected. But after criticizing Ukraine’s Maidan popular protest movement and backing the Kremlin on Crimea’s annexation, Limonov was embraced by pro-Kremlin media.

He began writing a column for pro-Kremlin Izvestiya daily and appearing on national television talk shows. Up to last month, he wrote a column on the website of Kremlin-backed RT television. After the announcement of his death, his name was the top trend on Russian-language Twitter.
Regularly featuring in ratings of Russia’s political sex symbols, Limonov was known for his colorful personal life.

His wives included Russian punk rocker and writer Natalya Medvedeva, who died in 2003, and actress Yekaterina Volkova, with whom he had two children.

Lyle Wesley Waggoner from the Carol Burnett Show dead at 84