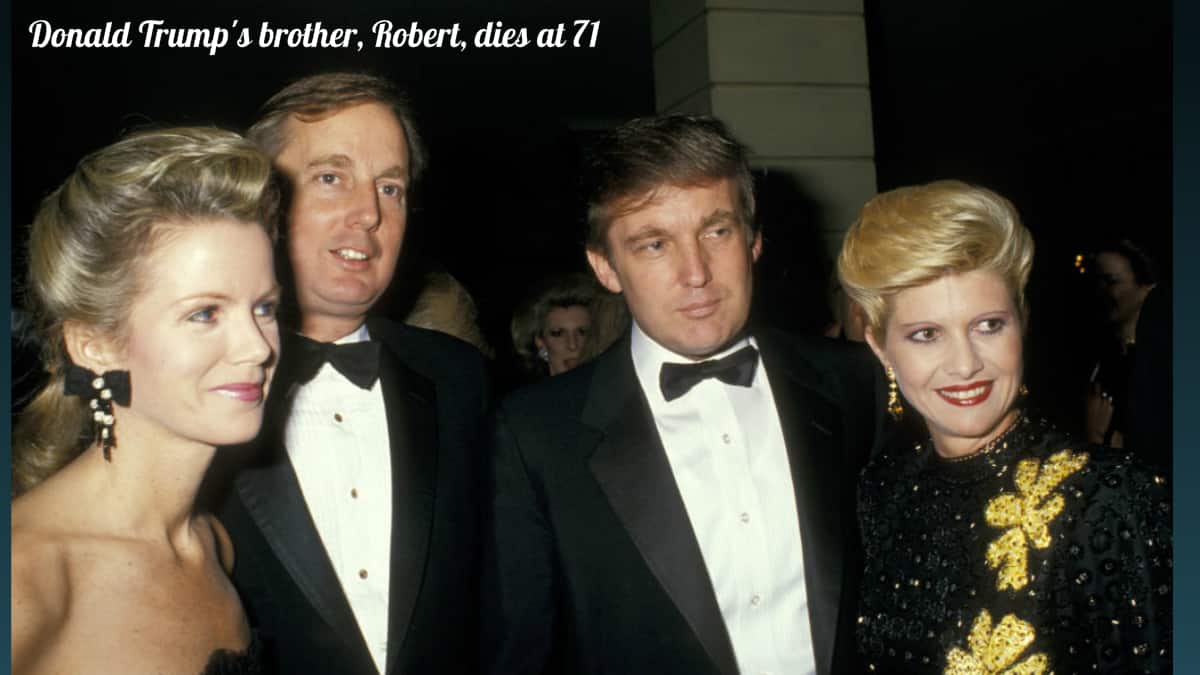 The president announced the death of his brother late Saturday.
“It is with a heavy heart I share that my wonderful brother, Robert, peacefully passed away tonight,” he said in a statement. “He was not just my brother; he was my best friend. He will be greatly missed, but we will meet again. His memory will live on in my heart forever. Robert, I love you. Rest in peace.”

He was 71 years old, according to The Associated Press.

Donald Trump reflected on the relationship he had with his brother, who is only two years younger, at a briefing on Friday.

“I have a wonderful brother, we’ve had a great relationship for a long time, from day one,” he said. “It was a long time ago. And he’s in the hospital right now. And hopefully, he’ll be all right, but he is pretty — he’s having a hard time.”

Robert worked as a real estate developer and executive for the Trump Organization.

Donald Trump visited his ailing brother at New York Presbyterian Weill Cornell Medical Center in New York City on Friday. He made the detour to visit Robert before speaking to the New York City Police Benevolent Association at his Bedminster, New Jersey, golf club. The president did not say how long his brother had been hospitalized or why.

Trump referred to bis brother in the past tense at the rally, saying, “I want to pay my respects to a really good guy that I love. He respected you.”

In June, Robert Trump was hospitalized in the intensive care unit at Mount Sinai Hospital in New York for more than a week.

Robert Trump was the youngest of five children by Fred and Mary Anne Trump, along with the president, Fred Trump Jr., Maryanne Trump Barry, and Elizabeth Trump Grau. Fred Trump Jr. died in 1981.

He was married to Ann Marie Pallan in March, according to the New York Post.

Robert Trump filed for divorce from his first wife, Blaine, in 2007. The two were married for 23 years.

In June 2020, Robert Trump filed a lawsuit seeking to preclude the upcoming publication of the book by his and Donald Trump‘s niece, Mary L. Trump, Too Much and Never Enough. Robert Trump’s lawsuit was based on a 2001 confidentiality agreement Mary Trump signed in settling a lawsuit related to her grandfather’s, Fred Trump, will and estate.

Ultimately Justice Hal B. Greenwald of the New York Supreme Court ruled in July 2020 that the book’s publisher, Simon & Schuster, was not a party to the 2001 NDA. Also, its rights to publish the book is not restricted by that NDA; and that Mary Trump’s contract with the publisher gave her no ability to halt publication at that point. The book was published on July 14, 2020, as scheduled.