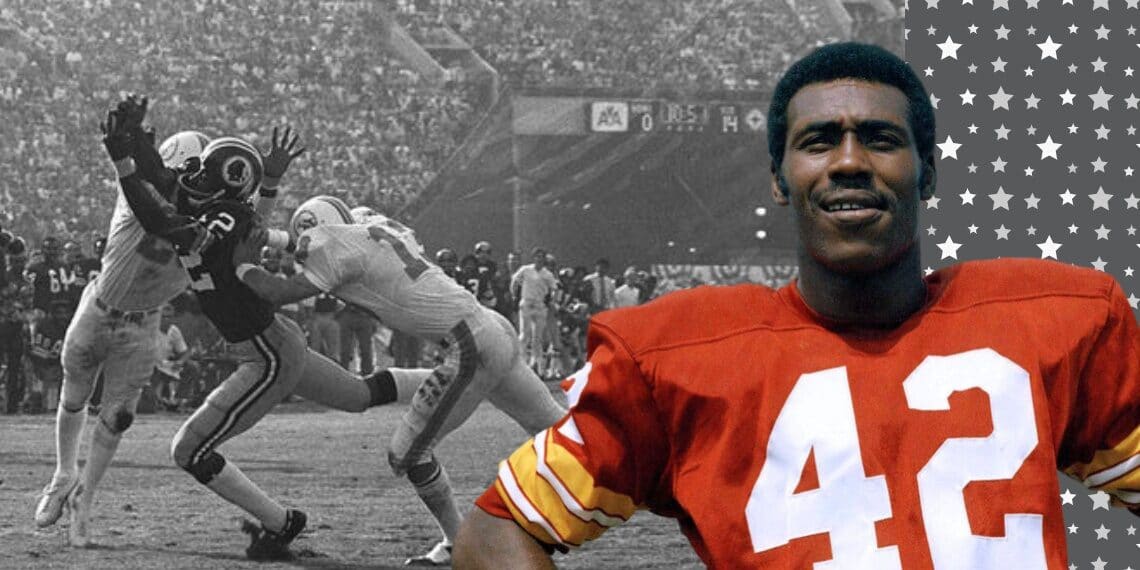 WASHINGTON (AP) — Charley Taylor, the Hall of Fame receiver who ended his 13-season career with Washington as the NFL’s career receptions leader, died Saturday. He was 80.

The Commanders did not give any reason for what caused Charley Taylor’sdeath. Taylor died at 80 at an assisted-living facility in Virginia.

Inducted into the Pro Football Hall of Fame in 1984, Taylor finished with 649 catches for 9,110 yards in 165 regular-season games. Jerry Rice now holds the catches mark at 1,549, with Taylor down to 67th on the list.
“He represented the organization with excellence and class over three decades as a player and coach,” Commanders owners Dan and Tanya Snyder said in a statement. “Charley was a great man and will be sorely missed by all.”

Washington selected Taylor third overall from Arizona State in 1964, with the 6-foot-3, 210-pounder playing running back his first two seasons. Coach Otto Graham switched Taylor to wide receiver in 1966, and he led the NFL with 72 receptions that season and again in 1967 with 70.

Taylor helped Washington reach the Super Bowl after the 1972 season, where it lost 14-7 to the undefeated Miami Dolphins. He retired after the 1977 season with 90 touchdowns, a Washington record that still stands.
Taylor was the 1964 NFL rookie and was selected to the Pro Football Hall of Fame’s All-1960s Team. The eight-time Pro Bowl selection was a first-team all-NFL pick in 1967.

Taylor starred in football, baseball, basketball, track, and field in Grand Prairie, Texas. At Arizona State, he played halfback and defensive back and pitched and played third base.

The Associated Press | More hall of fame that died