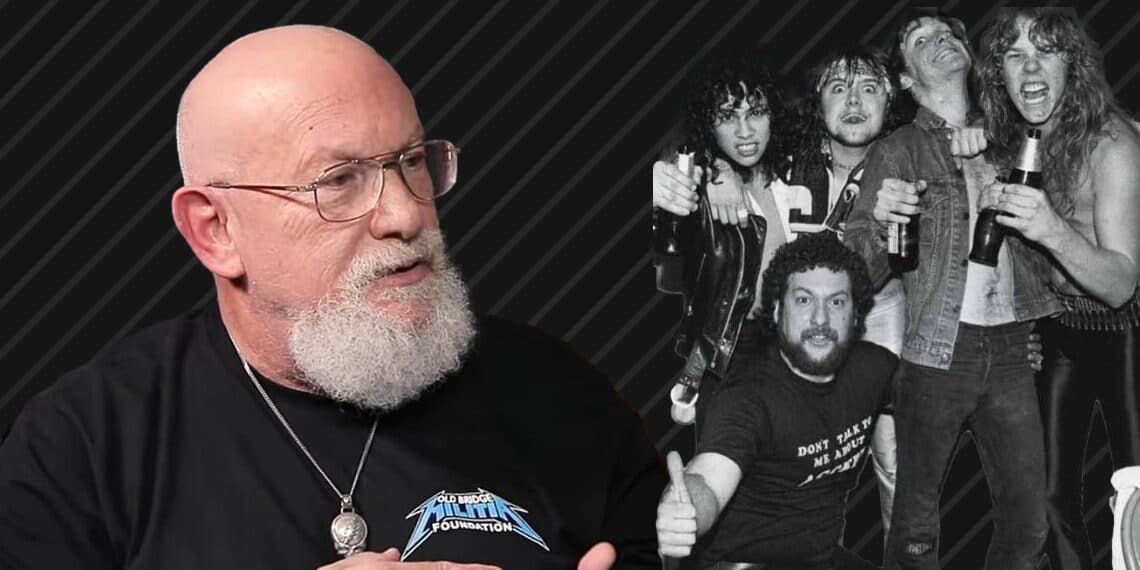 Jon Zazula passed away in Florida surrounded by his brother, daughters, granddaughters, and friends. He was one of Megaforce Records co-founders, that launched the iconic label and released the first albums from Metallica, Anthrax, and many others, together with his wife Marsha in 1982. His wife Marsha passed away of cancer in January of last year. Jon Zazula died on Tuesday, a rep for the label confirms to Variety. He was 69 years old.

Known as “Jonny Z,” Zazula was the more freewheeling half of the company’s founding duo, known for his raucous laughter and, sometimes, his temper. Along with Metallica (whose first two albums the label released), Anthrax, Testament, former Kiss guitarist Ace Frehley, Ministry, King’s X, Overkill and Raven were among the biggest acts affiliated with the company, which also included Crazed Management. “Jonny and Marsha,” nearly always side-by-side, we’re a friendly and familiar presence at metal concerts and events during the era.

The Zazulas’ metal dynasty began in the early 1980s as a small independent record store called Rock and Roll Heaven, located at the Route 18 flea market in East Brunswick, New Jersey. The couple originally intended to focus on John Lennon and Jimi Hendrix artists. Still, Marsha decided to sell rare import copies of albums from burgeoning “New Wave of British Heavy Metal” acted such as Iron Maiden, Def Leppard, and other rising European bands and stocked the store with like-minded people publications such as Kerrang and Sounds. The couple began promoting shows — including an early show with the Canadian metal band Anvil — in the area.

The couple’s reputation grew, and before long, a demo from a San Francisco-based band called Metallica found its way to them. Realizing the group was, as Jon put it, “lightning in a bottle,” the couple brought the quartet to their home in New Jersey and created Megaforce Records to launch the group. Metallica’s debut album, “Kill ‘Em All,” was released in July of 1983, effectively launching the thrash metal movement.

While the label lost Metallica to Elektra Records in 1984, shortly after releasing the group’s second album, “Ride the Lightning,” Megaforce remained a powerful force in heavy metal throughout the 1980s. In the early 1990s, the organization released albums by the above artists and many others via distribution deals with Atlantic, Island, Caroline, and other labels.

“It’s all a blessing when you work hard, stay smart and go into the game, and then eventually something comes your way, and you’re ready for it, and you’re able to jump up on it and ride it,” Zazula told Variety in 2020. “We were very fortunate, Marsha and I, to choose a band that became the biggest band in the world — not to mention a bunch of other great bands that made history.”

The label varied its roster during the 1990s and continues to this day. Jonny chronicled much of the label’s history in his book “Heavy Tales: The Metal, The Music, The Madness.”

The Zazulas effectively retired a few years back, settling in Florida. However, Jon Zazula continued to be involved with music, hosting a radio show titled “Jonny Z’s Defcon 4” on Cranium Radio. He also worked on a successful benefit to raise money for the victims of Hurricane Sandy that Twisted Sister headlined and inducted into the Hall of Heavy Metal History with a Lifetime Achievement Award.

Bob Wall, who Co-Star in Bruce Lee's 'Enter the Dragon,' Dead at 82