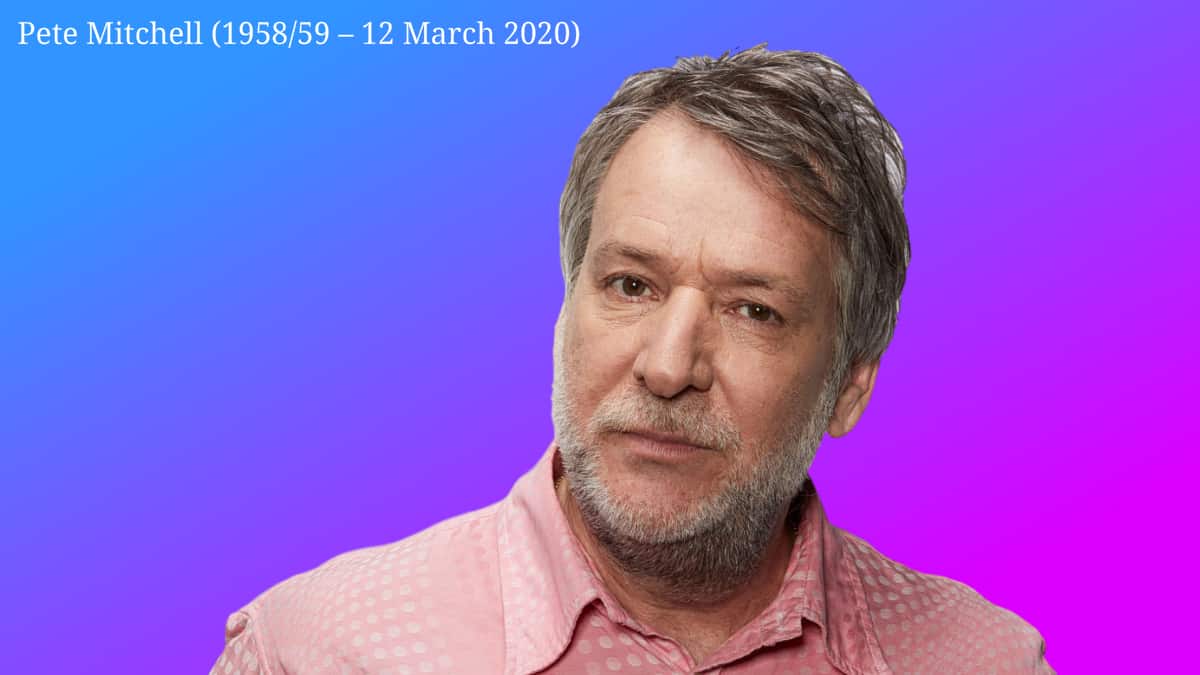 Dead at 61 is Pete Mitchel the Virgin Radio Presenter

The British radio station “Virgin Radio” gave tribute to presenter Pete Mitchell on Friday afternoon following the news of his sudden death. The station told listeners in its 1 pm news bulletin that Pete had died suddenly on Thursday evening.

A statement from family friend Jo Houlcroft said: “It is with incredible sadness that I have to report the sad passing of Virgin Radio Presenter, Pete Mitchell, who died very suddenly on Thursday 12th March aged 61. Pete collapsed while out walking near his home in Stockport, the cause of his death is still unknown. There is no known evidence that he was displaying any signs of illness.

Pete was a veteran broadcaster whose career in radio spanned thirty-four years. He was knowledgeable and passionate about music of all genres, discovering and supporting many bands and was a massive part of the Manchester music scene. His wife Helen and two grown-up sons Adam and Sean are devastated by their loss. His family has asked for privacy at this challenging time.”

Pete was born in Manchester and started his radio career at Red Rose Radio followed by a move to Piccadilly Radio and went on to work at several stations including BBC Radio 2, 6 Music, XFM and Absolute Radio.

He was well known for his pairing with Geoff Lloyd, hosting The Pete and Geoff show on Key 103 in the 90s. They went to Virgin Radio (now Absolute) in 1999 to present the evening show but soon made their way to breakfast, which ended in 2005. Pete then joined BBC Radio 2 to host many programs and documentaries.

After that, Pete joined XFM for Manchester breakfast and, more recently, returned to Absolute Radio with programs on a number of the decade’s stations. In 2018 he was back on the Virgin Radio brand with some music documentaries.

Most recently, he was hosting a monthly Revolutions in Music documentary series on Virgin.

He was known as the first DJ to play Oasis on the radio and appeared on several television shows communicating his passion for music, and has also led various high-profile appearances as a club DJ.

Former co-presenter Geoff Lloyd tweeted a picture of himself and Pete from their Virgin Radio breakfast days, with the words: “Beyond devastated. I’m overwhelmed, he said by memories of years we worked together on radio and so many more of our friendship. Pete was the kindest, most loyal friend. So many people miss him, most of all by Helen & his boys – about whom he was always bursting with pride.”

Mike Cass, Content Director for Virgin Radio UK, told RadioToday: “It’s incredibly difficult to think about Pete in the past tense. He was a great radio talent, a skilled interview, a true part of the Virgin Radio spirit, and a wonderful man.”

A tribute from everyone at Absolute Radio reads: “Pete was an incredibly talented broadcaster, highly-respected colleague and much-loved friend. He was a huge part of the One Golden Square family, and his passion for music always shone through in every program he presented and produced. We send our love and thoughts to his family.”

BBC Radio 2 tweeted: “We are saddened to hear of the passing of the much-respected music radio presenter Pete Mitchell, who has worked on both BBC Radio 2 and 6 Music. Our thoughts today are with Pete’s friends and family.”

American broadcaster Leslie ‘Radio Chick’ Gold guested as the show’s USA correspondent, while Professor Timothy English looked into plagiarism in music. During his time at BBC Radio 2, Mitchell also presented Sold on Song live with Donovan and appeared as a fan of Bob Dylan in the BBC radio series Imagine. He also covered many shifts across Radio 2 and 6 Music.

In 2008, Mitchell produced and presented the Radio 2 documentary I’m on My Way, on Northern soul star Dean Parrish; he later produced Spellbound, on guitarist John McGeoch who played with Magazine, Siouxsie and the Banshees, Visage and PiL amongst others. Toerag, the story of Liam Watson, a documentary about one of Britain’s most in-demand record producers, presented by Mitchell, was broadcast on 3 May on Radio 2. Watson produced Elephant by the White Stripes, which went to number one around the world, from his little studio in Hackney in East London.

The Carmine Appice Story, the tale of the rock drummer with Vanilla Fudge, was broadcast in September on Radio 2.

In 2009, the Motown record label celebrated its 50th birthday. Mitchell indulged his passion for the subject and presented various programs to mark the occasion. The 6-part series Hitsville USA: 50 Years of Heart & Soul ran weekly from 5 January 2009 on Radio 2 and offered (to quote the Radio Times) “a nourishing insight into the label’s rare treasures.”

Motorcity Blues aired on 10 January on Radio 2, with a fascinating portrait of the city of Detroit and how its events and people have shaped the Motown label. The Sound of Young America went out on Radio 2 on 17 January and told of how the Motown Sound has influenced music today. Mitchell’s documentary Toerag got broadcast on 6 Music in July 2009. Spellbound, the story of guitarist John McGeoch, was broadcast on 6 Music in April 2011

Go to top | Pete Mitchell the broadcaster through the years