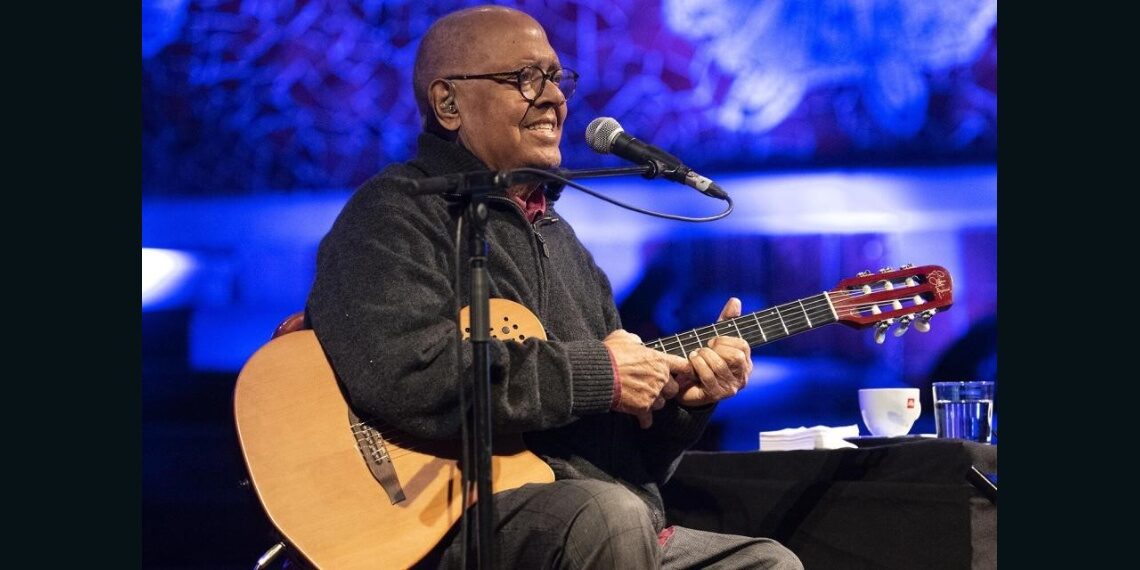 Legendary Cuban singer and songwriter Pablo Milanes died at the age of 79. According to his Representatives, Milanes was hospitalized in Madrid after falling ill in the Spanish capital. He had been undergoing treatment for cancer.

Milanes was the founder of Nueva Trova, an emerging genre of music. In the 60s, just after the Cuban Revolution of 1959, inspired by protest, songs from America’s Civil Rights Movement waiver Trova combined storytelling with folk music to communicate Cuba’s social problems.

As a result, he was lauded as a cultural icon during Fidel Castro’s Reign, incorporating politics into his music alongside musicians Silvio Rodriguez and Noel Nicola. In his early years, Milanes began his career singing on local radio and television contests.

He was forced to cancel concerts in early November due to his deteriorated health.

The artist, born in the Cuban city of Bamayo on February 24, 1943, is the winner of two Latin Grammys (2006) and a statuette for Musical Excellence (2015). Some of his greatest hits, sung by several generations, were romantic songs such as ‘El breve espacio’ or ‘Ámame Como soy,’ all combining genres and sonorities ranging from tradition to modernity, encompassing jazz, rumba, bolero or son.

In the early ’60s, he was in several groups, including Cuarteto del Rey (the King’s Quartet), composing his first song in 1963: “Tu Mi Desengano” (You, My Disillusion), which spoke of moving on from a lost love.

“Your kisses don’t matter to me because I have a new love/to whom I promise I will give my life,” the tune goes.

In 1970 he wrote the seminal Latin American love song “Yolanda,” which is still an enduring favourite everywhere, from Old Havana’s tourist cafes to Mexico City cantinas.

Spanish newspaper El Pais asked Milanés in 2003 how many women he had flirted with by saying they inspired the song. “None,” he responded, laughing. “But many have told me: ‘My child is the product of ‘Yolanda.'”

Pablo Milanés supported the 1959 Cuban Revolution but was nevertheless targeted by authorities during the early years of Fidel Castro’s government when all manner of “alternative” expression was highly suspect. Milanés was reportedly harassed for wearing his hair in an afro and was given compulsory work detail for his interest in foreign music.

However, those experiences did not dampen his revolutionary enthusiasm, and he began to incorporate politics into his songwriting, collaborating with musicians such as Silvio Rodríguez and Noel Nicola.

The three are considered the founders of the Cuban “Nueva Trova,” a usually guitar-based musical style tracing to the ballads that troubadours composed during the island’s wars of independence. Infused with the spirit of 1960s American protest songs, the Nueva Trova uses musical storytelling to highlight social problems.

Milanés and Rodríguez became close, touring the world’s stages as cultural ambassadors for the Cuban Revolution and bonding during boozy sessions.

“If Silvio Rodríguez and I got together, the rum was always there,” Milanés told El Pais in 2003. “We were always three, not two.”

Milanés was friendly with Castro, critical of U.S. foreign policy and for a time even a member of the communist government’s parliament. He considered himself loyal to the revolution and spoke of his pride in serving Cuba.

“I am a worker who labours with songs, doing in my way what I know best, like any other Cuban worker,” Pablo Milanés once said, according to The New York Times. “I am faithful to my reality, my revolution and how I have been brought up.”