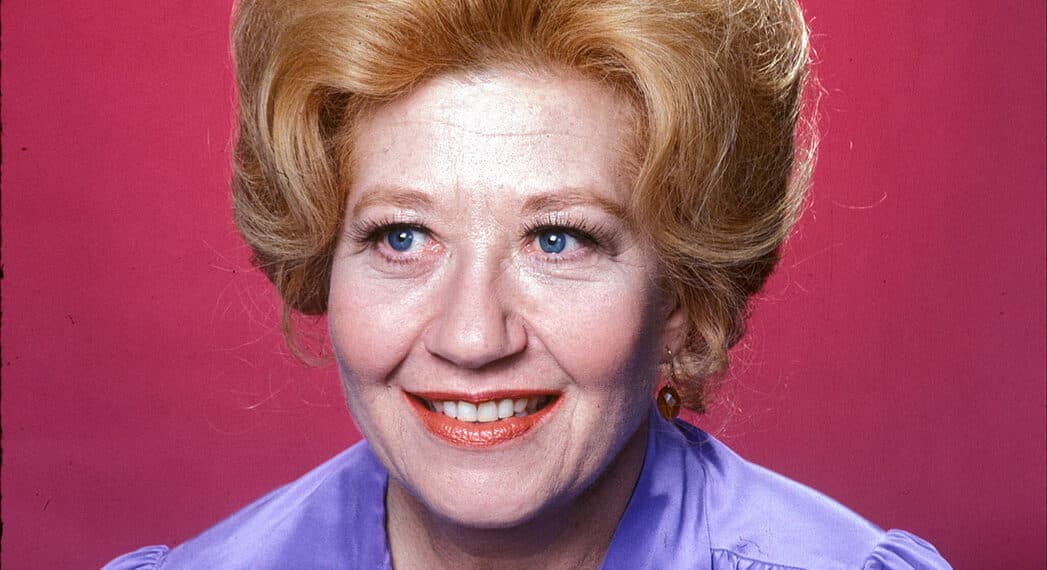 She was recognized for her portrayal of Edna Garrett in the sitcoms Diff’rent Strokes and its spin-off, The Facts of Life (in which she held the starring part from 1979–1986). She received a Primetime Emmy Award nomination for Best Actress in a Comedy in 1982. Rae also appeared in two Facts of Life television movies: The Facts of Life Goes to Paris in 1982 and The Facts of Life Reunion in 2001. She voiced the character of “Nanny” in 101 Dalmatians: The Series and Aunt Pristine Figg in Tom and Jerry: The Movie. She also appeared as Gammy Hart in Girl Meets World.

In 2015, she returned to film in the feature film Ricki and the Flash, with Meryl Streep, Kevin Kline, and Rick Springfield. In November 2015, Rae released her autobiography, The Facts of My Life, that Rae co-written with her son, Larry Strauss. Charlotte Rae died Sunday, August 5th, 2018. She was 92.

She was born Charlotte Rae Lubotsky on April 22, 1926, in Milwaukee, Wisconsin, to Russian Jewish immigrants Esther (née Ottenstein), who was a childhood friend of Israeli Prime Minister Golda Meir, and Meyer Lubotsky, a retail tire business owner. One of three sisters, her siblings, are Miriam and the late Beverly (1921 – 1998). For the first ten years or so of her life, Rae’s family lived in Milwaukee, then moved to Shorewood, Wisconsin. She graduated from Shorewood High School in 1944. She did radio work and was with the Wauwatosa Children’s Theatre. In 1942, at age 16, she was an apprentice with the Port Players, a professional theater company that came for the summer to Milwaukee, with several established actors such as Morton DaCosta, who would eventually direct The Music Man on Broadway.

Rae attended Northwestern University, although she did not complete her studies, where she met Cloris Leachman, who many years later succeeded Rae on The Facts of Life for the show’s last two seasons. At Northwestern she met several then-unknown stars and producers, including Agnes Nixon, Charlton Heston, Paul Lynde, Gerald Freedman, Claude Akins and songwriter Sheldon Harnick. In a 2016 interview with Milwaukee Talks, she said about her decision in appearing in only dramatic television: “When I started out, I wanted to be a serious actor, I never thought I’d get into comedy.” When a radio personality told her that her last name wouldn’t do, she dropped it, to her father’s chagrin.

She moved to New York City in 1948, where she performed in the theater and nightclubs. During her early years in New York, she worked at the Village Vanguard (alongside up-and-coming talents such as singer Richard Dyer-Bennet) and at the posh Blue Angel, home to budding talents Barbra Streisand, Mike Nichols and Elaine May. She moved to Los Angeles in 1974.