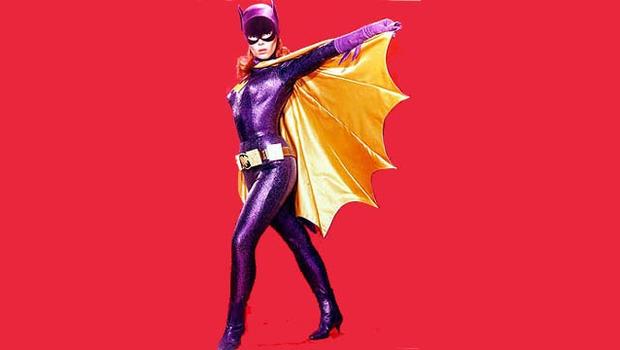 A statement on her official website said the star had suffered from breast cancer, which had spread to her liver.

“In the end, her mind still wanted to fight but her body had given up,” her family said in a statement.

A trained dancer, she began her career at The Ballet Russe de Monte Carlo and used those skills to perform her own stunts alongside Adam West’s Batman.

And she starred in two movies opposite Elvis Presley – It Happened at the World’s Fair and Kissin’ Cousins.

But it was her performance as librarian Barbara Gordon, who secretly moonlights as Batgirl, that defined her career.

She joined the TV show in its third and final series in 1967, thwacking and kapow-ing Gotham’s bad guys alongside Batman and Robin.

The show is still seen around the world today, something which came as a surprise to the actress in her later years.

“I really didn’t think we were mak­ing Gone With the Wind,” she said. “Just an episodic TV series that would be over when it was over and then it would never rerun again.

“I meet women today who tell me that they grew up viewing Batgirl as an important role model. If they choose to know me in that context, well, I’ll take it.”

Later in life, Craig worked as a estate agent before going into the prepaid phone card business. In 2000, she wrote a book called From Ballet to the Batcave and Beyond, which took stock of her career.

More recently, Craig provided voices for the Nickelodeon cartoon series Olivia, and was the executive producer on the documentary film Birth.

In the statement on Craig’s website, her family said: “Yvonne excelled in ballet, a film career, a business life, as well as in philanthropic and charity work over the years.

“She had been able to do this with joy and much laughter and she wouldn’t have changed a thing. Well, maybe one thing and that would have been not to get cancer.

“She had been in chemo almost continuously for the past two plus years since being diagnosed and that had weakened her immune system as well as her body.

“This didn’t dampen her sense of humour or her spirit, she intended to fight and win this battle. In the end, her mind still wanted to fight but her body had given up.”

Craig died on Monday at her home in the Pacific Palisades, surrounded by her immediate family.

She is survived by her husband, Kenneth Aldrich, sister Meridel Carson and nephews Christopher and Todd Carson.