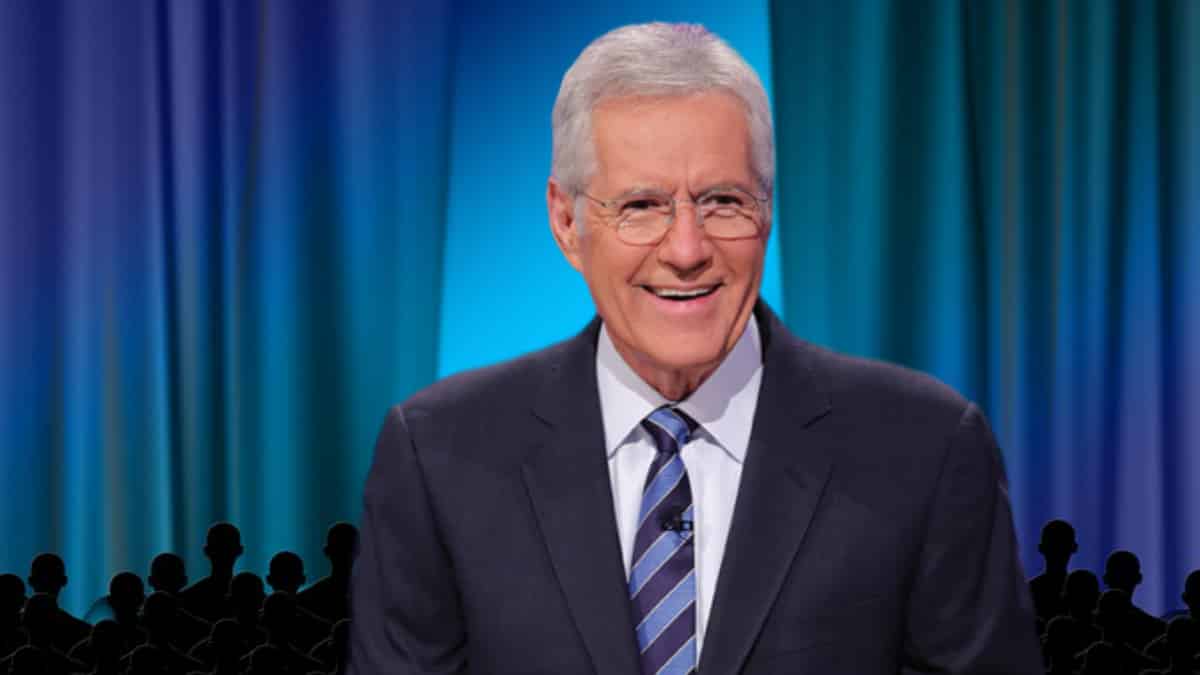 Alex Trebek, the beloved host of gameshow “Jeopardy!” since its 1984 debut in syndication, has died of pancreatic cancer. He was 80.

The official “Jeopardy!” Twitter account announced the news on Sunday morning, writing: “‘Jeopardy!’ is saddened to share that Alex Trebek passed away peacefully at home early this morning, surrounded by family and friends.”

Alex Trebek revealed in March 2019 that he had been diagnosed with Stage Four pancreatic cancer. “I have lived a good life, a full life, and I’m nearing the end of that life,” he told USA Today in October. Sony has confirmed that “Jeopardy!” episodes hosted by Trebek will air through December 25, and his last day in the studio was October 29. “Jeopardy!” is not announcing plans for a new host at this time.

“Today we lost a legend and a beloved member of the Sony Pictures family,” said Tony Vinciquerra, Chairman and CEO of Sony Pictures Entertainment. “For 37 amazing years, Alex was that comforting voice, that moment of escape and entertainment at the end of a long, hard day for millions of people around the world. He was the heart and soul of ‘Jeopardy!’ and he will be deeply missed by everyone who made him part of their lives. Our hearts go out to Jean, Matthew, Emily, and Nicky.”

He is survived by his second wife, Jean, and his children Matthew, Emily, and Nicky.

The jovial host won five Daytime Emmy Awards for outstanding game show host. In 2011, Trebek received a Peabody Award for “encouraging, celebrating and rewarding knowledge”; “Jeopardy!” is the only post-1960 game show to be so honored.

“Jeopardy!,” a game show created by Merv Griffin that first ran on NBC from 1964-75, was once the province of host Art Fleming, who died in 1995. But it is now hard to think of the show as something separate from Trebek.

Trebek held the Guinness World Record for the most game show episodes hosted by the same presenter (same program) since June 13, 2014. Trebek hosted more than 8,200 episodes of “Jeopardy!” throughout 37 seasons.

The “Jeopardy!” website has included a quote from Alex Trebek — “I think what makes ‘Jeopardy!’ special is that among all the quiz and game shows out there, ours tends to reward and encourage learning” — and from his delivery of the “answers” to his interactions with the contestants on the show, Trebek showed himself to be a man interested in intellectual pursuits of all kinds — not an empty suit like so many other game show hosts.

Kenichiro Yoshida, chairman, president and CEO of Sony Corporation, also paid tribute to Trebek: “We join our colleagues at Sony Pictures in mourning the passing of Alex Trebek. Alex was an extraordinary talent whose intelligence, wit, and comforting presence appealed to millions of people around the world and made ‘Jeopardy!’ the outstanding show it is today.”

Trebek hosted several other game shows, including “The Wizard of Odds,” “Double Dare,” “High Rollers,” “Battlestars,” “Classic Concentration” and “To Tell the Truth.”

George Alexander Trebek was born in Sudbury, Ontario, Canada. He grew up in a bilingual household, speaking French and English. He earned a degree in philosophy at the University of Ottawa.

Interested in a news broadcasting career, he joined the Canadian Broadcasting Company (CBC), where he covered national news and special events for both radio and television. He first hosted a show, the CBC program “Music Hop,” in 1963. Trebek hosted the CBC’s classical music programs from 1967 to 1970, including performances by Glenn Gould.

During the heyday of the T.V. game show, the hosts of such programs often appeared as panelists or players on other shows. In one guest’s appearance on a special week of NBC’s “Card Sharks” in 1980, Trebek competed against many other hosts in a week-long round-robin tournament for a charity that he ultimately won.

After a period of frustrating stints hosting shows of short duration, he took the reins of the new syndicated version of “Jeopardy!” in 1984.

In 1987, while continuing to host “Jeopardy!,” Trebek took on hosting duties on NBC’s “Classic Concentration,” his second show for Mark Goodson. He hosted both shows simultaneously until September 1991, when “Classic Concentration” went off the air. In 1991 Trebek became the first person to host three American game shows simultaneously, taking over as host of NBC’s “To Tell the Truth,” also for Goodson-Todman, from February until that series’ end in May.

A frequent guest star and guest host, he appeared at least twice on “Jimmy Kimmel Live”; and guested on CBS sitcom “How I Met Your Mother” in December 2010 and on “Hot in Cleveland” in March 2014. On the series finale episode of “The Colbert Report” on December 18, 2014, Trebek greeted Colbert as the latter boarded a sleigh driven by Santa Claus and Abraham Lincoln and departed from the studio for the final time. He also appeared in many commercials for Colonial Penn Life Insurance.

Trebek had long-standing commitments to numerous charities and educational organizations. He sat on the National Geographic Society Education Foundation boards and the National Advisory Council for the Literacy Volunteers of America. Trebek participated in 13 USO tours, and Alex traveled to many developing countries in support of World Vision, reporting on the organization’s efforts on behalf of children. He adopted a village in Zambia, Africa, helping to build a school, homes for teachers to land a medical facility.