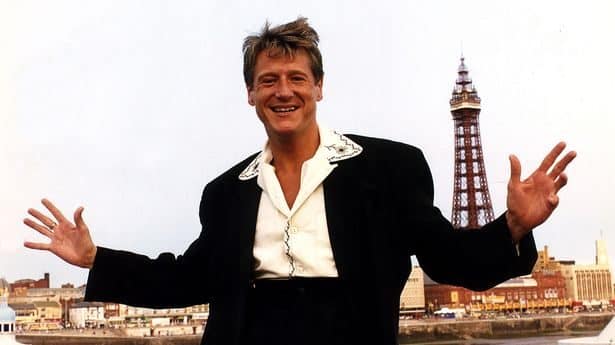 The 64-year-old Joe Longthorne, the singer and impressionist, died in his Blackpool home. A statement posted on his website read. “It is with the deepest sadness that we have to announce that the nation’s beloved entertainer, Joe Longthorne MBE passed away peacefully in the early hours of today at his cherished home in Blackpool.

“Joe died in his bedroom, laying in the arms of his devoted husband of 21 years, Jamie, with his rosary beads clutched tight to his chest. He leaves behind sister Ann and brother John. Our deepest sympathies and condolences go out to Jamie and all the family at this sad time.”

Fellow entertainer Les Dennis, the former Family Fortunes host, tweeted: “So very sad to hear that Joe Longthorne has died. He has worked with him many times. A supreme talent and a nice man. Thoughts with his family.”

Longthorne, who was from Hull, first came to national prominence on ITV’s Search for a Star in 1981 before going on to present his television program, The Joe Longthorne Show.

He was diagnosed with the blood cancer lymphoma in 1989, as his career was in ascendance. “Cancer is not a word you expect to hear when things are going so well,” he later said. “I felt invincible, and suddenly out of the blue, I felt helpless. I had two choices – to give in or fight. I chose the latter. I got up, dusted myself off, and got on with life.”

After recovering, he toured around the world and performed sellout shows in the UK, the US, and Australia throughout the 1990s, and sang at the Royal Variety Show on several occasions.

He received a bone marrow transplant in 2006 after being diagnosed with leukemia. However, he almost died during the operation and was given the last rites by a priest, but recovered and continued to perform to sold-out audiences.

In 2012, he was awarded an MBE for his charity work, after raising money for organizations including Cancer Research UK, the Variety Club of Great Britain and the Development of Children and Women Centre in Nepal. He described the award as “an unexpected honor.”

He had upcoming performances planned.

A listing for a slated show in September at City Varieties Music Hall in Leeds said: “Come and join Joe as he takes you on a rollercoaster of Songs and impressions including Shirley Bassey, Tom Jones, Frank Sinatra, Dean Martin and his incredible impression of Sammy Davis Jr, all delivered with 100% accuracy! With Gold and Platinum albums to his name and with records sales in the region of 10 million, Joe is up there with the best of them!”

The comedy writer Derren Litten, who created the hit show Benidorm, said he had “always been in awe of his amazing talent.” The comedian Tommy Cannon said: “So sad to hear the passing of Joe Longthorne, such a talent with a fabulous voice. You will be missed, rest in peace.”

The Labour MP Angela Rayner said: “So sorry to hear of the death of singer and entertainer Joe Longthorne MBE. The many fans who adored he much loved him. RIP Joe.”