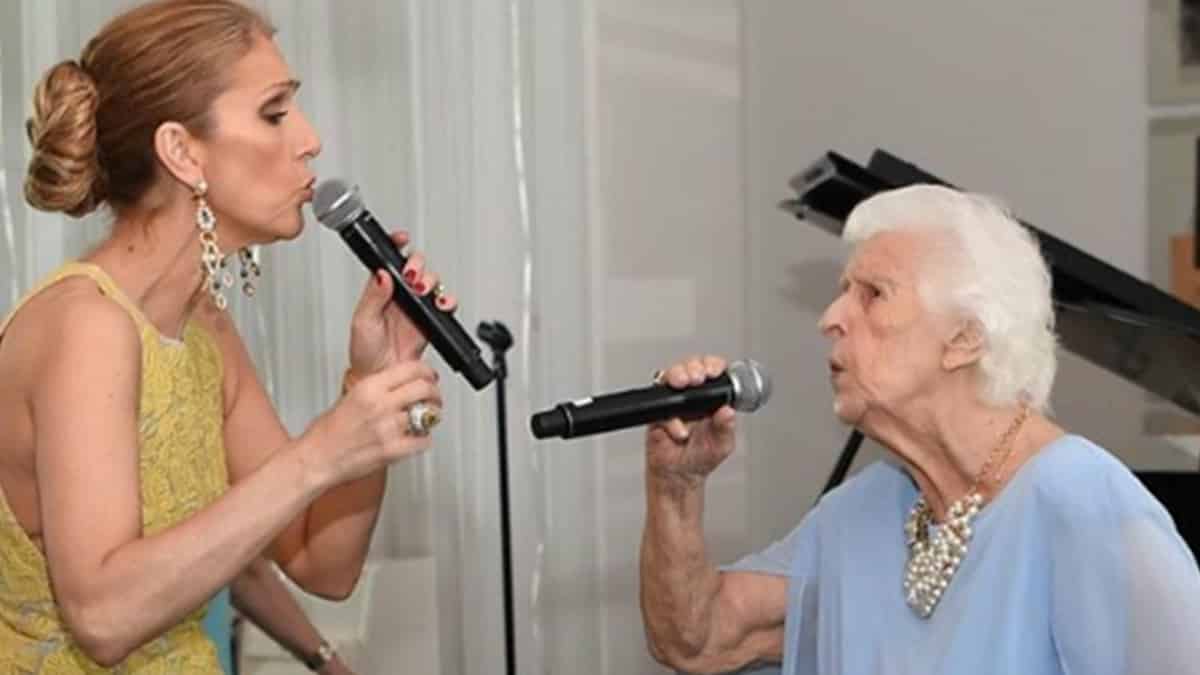 Superstar singer, Celine Dion’s mother, died on Friday, 17 January 2020, at the age of 92 years.  She was popularly known to many, especially in Quebec, Canada, as Maman Dion.

The singer’s mother was born Thérèse Tanguay and was a Canadian television personality. Maman Dion was born on the Gaspé Peninsula, in Saint-Bernard-des-Lacs, Quebec, as was her husband, Adhémar-Charles Dion. Her parents were Antoinette (née Sergerie) and Laureat Achille Tanguay.

Already well known in Quebec as a stage mother involved in her daughter’s career, she later launched her line of food products, Pâtés de Maman Dion, and became the host of a cooking show for TVA. She was also a sponsor of the Fondation Maman Dion, an educational foundation that provides school supplies, clothing, and eyewear to underprivileged children. At the time of her death, in Montreal, Maman Dion had her family by her side.

Celine Dion, currently performing on her “Courage World Tour,” on Friday, from Miami posted the news on her Twitter account, “Maman, we love you so much, “We dedicate tonight’s show to you, and I’ll sing to you with all my heart. Love, Céline.”

In addition to her superstar daughter, Thérèse was the mother to 13 other children with husband Adhémar-Charles Dion, who died in 2003. Her other children also had careers in music.

Also, both Celine’s parents were musicians and encouraged her during the earliest days of her career, with her mother penning the first song Celine ever recorded, titled (Ce n’était qu’un rêve) “It Was Only A Dream.” The song was Céline Dion’s first hit, in 1981, when Céline was only 12 years.

In 2006, Celine started her foundation for the education of disadvantaged children, the Maman Dion Foundation.

Also, on Friday afternoon, Quebec Premier François Legault tweeted out his condolences. He said, “a remarkable woman, so generous, so loving, who devoted her whole life to the benefit of her family.” And added, “our big Québécois family mourns her passing.”

Celine, in tribute to her mother, also said, Maman, if I could be half as strong as you are, this would be my biggest accomplishment,” she gushed.

Her mother’s death comes just three days after Celine shared an emotional tribute to her late husband, René Angélil, on the fourth anniversary of his passing.

“There is not a day that goes by without me thinking about your beautiful smile,” she wrote in the caption of a photo of him. “We miss you, thank you for watching over us my love. I love you.”

Terry Jones of Monty Python dies at 77 after battling with dementia, his agent says