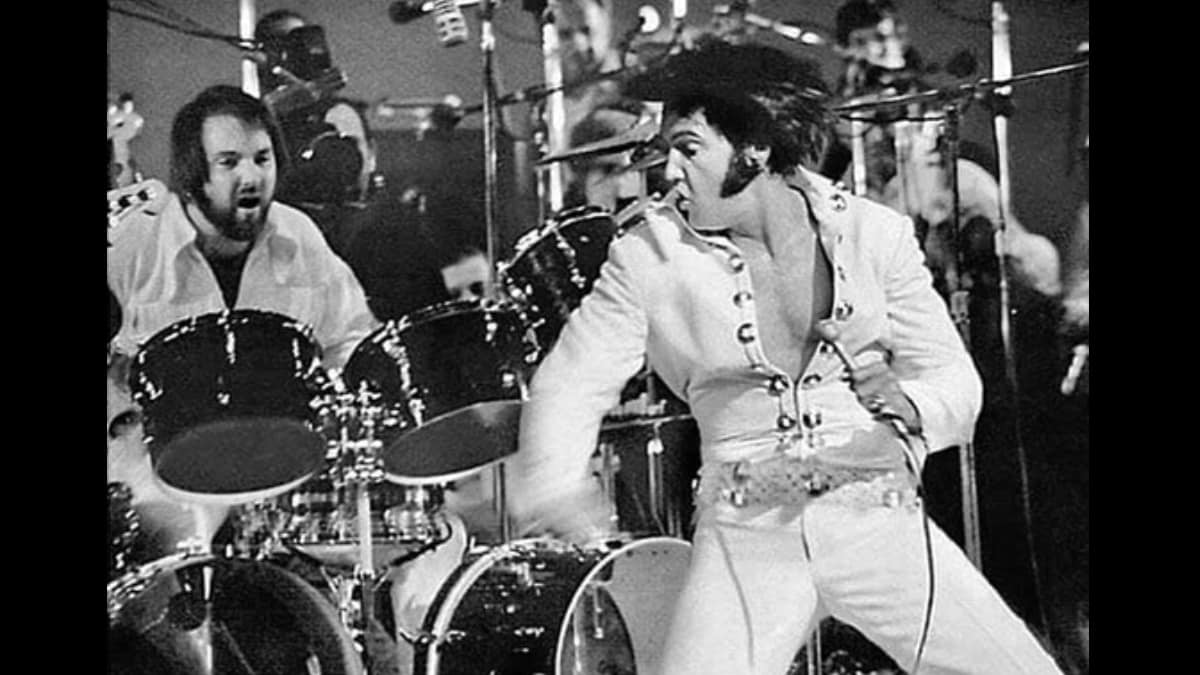 In a Facebook post early Sunday, Terie Tutt wrote that her father died at home surrounded by his family.

“It’s with deep sadness that my family and I share the loss of our beloved dad,” Terie Tutt wrote. “The Legendary Drummer, Ronnie Tutt, ‘has left the building.'”

Elvis Presley Enterprises noted Tutt’s death in a statement Saturday. Graceland’s group recalled how Tutt drummed for Elvis with the TCB Band from 1969 until 1977, joining the band put together by James Burton for Elvis’ 1969 Las Vegas opening and staying with Elvis until he died in 1977.

“In addition to being a legendary drummer, he was a good friend to many of us here at Graceland,” the group said in a statement. “We enjoyed each time he joined us here to celebrate Elvis Week, Elvis’ Birthday, and many other special occasions. Ronnie was an amazing ambassador to Elvis’ legacy — sharing his memories of working with Elvis with fans — as well as bringing Elvis’ music to arenas around the globe through later Elvis in Concert shows and performances.”