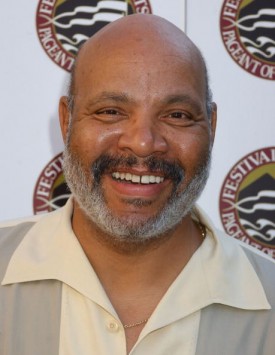 James Avery, the actor who played the family patriarch on NBC’s long-running The Fresh Prince Of Bel-Air, died December 31 in Glendale, CA after complications from open heart surgery, his publicist said today. Avery was 68.  The classically trained actor had just completed shooting what will be his final role: a part in Zach Braff’s Kickstarter-funded indie feature Wish I Was Here, which will premiere later this month at Sundance. Avery was born in Atlantic City in 1945 and eventually served in the Navy in Vietnam. He launched his career in entertainment after settling in San Diego after his discharge writing poetry and TV scrips for PBS, and his acting career began in 1980 with an uncredited role in The Blues Brothers movie, according to IMDb. He went on to appear in three decades worth of movies and TV shows — from The Jeffersons to LA Law to Grey’s Anatomy on the small screen — and also voiced numerous animated series including playing Shredder on the Teenage Mutant Ninja Turtles series in the mid-’80s and ’90s. But it was his role as Uncle Phil on Fresh Prince that put him on the map. The series ran from 1990-1996 and launched the acting career of Will Smith; his fellow Fresh Prince co-star Alfonso Ribeiro was one of the first to send his condolences via Twitter today.  Avery’s death comes less than a week after the death of Fresh Prince co-creator/writer/producer Jeffrey Pollack at 54.

James La Rue Avery, Sr. was an American actor, best known for his portrayal of the patriarch and attorney (later judge) Philip Banks, Will Smith’s character’s uncle, in the TV sitcom The Fresh Prince of Bel-Air. This character was ranked #34 in TV Guide’s “50 Greatest TV Dads of All Time.” He also provided the voice of Shredder in the original Teenage Mutant Ninja Turtles television series, as well as War Machine in the animated series Iron Man and Junkyard Dog in Hulk Hogan’s Rock ‘n’ Wrestling. He also played Michael Kelso’s commanding officer at the police academy late in the series run of the popular sitcom That ’70s Show.

Avery was born in Virginia and raised in Atlantic City, New Jersey. He served in the Vietnam War as a member of the U.S. Navy from 1968–1969, after graduating high school. Later on, he moved to San Diego, California where he began to write poetry and TV scripts.[1] In addition to his fame in sitcoms, he did voice acting for many animated series, most notably the 1987 Teenage Mutant Ninja Turtles series (as the voice of The Shredder) and James Rhodes in the 1990s Iron Man series.[2] He also performed in the single season production of Captain Simian and the Space Monkeys as “Gor-illa” a loveable, simple, and bi-polar gorilla. He has been the primary host of Going Places, a popular travel and adventure series on PBS. He also guest starred in That ’70s Show as Officer Kennedy. In 2000, he guest starred in the “Unfriendly Skies” episode of CSI as Preston Cash, a legally-blind witness to a murder who assists the CSI team with a near-flawless verbal account of what he heard on board the flight. Avery played a Los Angeles County Medical Examiner, Dr. Crippen (who has recently appeared in a wheelchair), on the TNT series The Closer. In 2004, he guest starred on the television series That’s So Raven where he played an entrepreneur. He also appeared in a 2005 episode of My Wife and Kids as Jay’s reluctant professor. He was cast in the new sitcom Sherri, starring Sherri Shepherd, playing her father.

Most recently, Avery wrapped production on Valediction, which could begin its film festival circuit as early as October 2011. He played the role of Edward, the husband of co-star Bonnie Bartlett. In addition, he starred in a 2012 role on the TV series Grey’s Anatomy, playing a distraught spouse to his brain-dead partner who was a patient.

He married Barbara in 1988.[3] He had no children, but was a stepfather to his wife’s son, Kevin Waters.