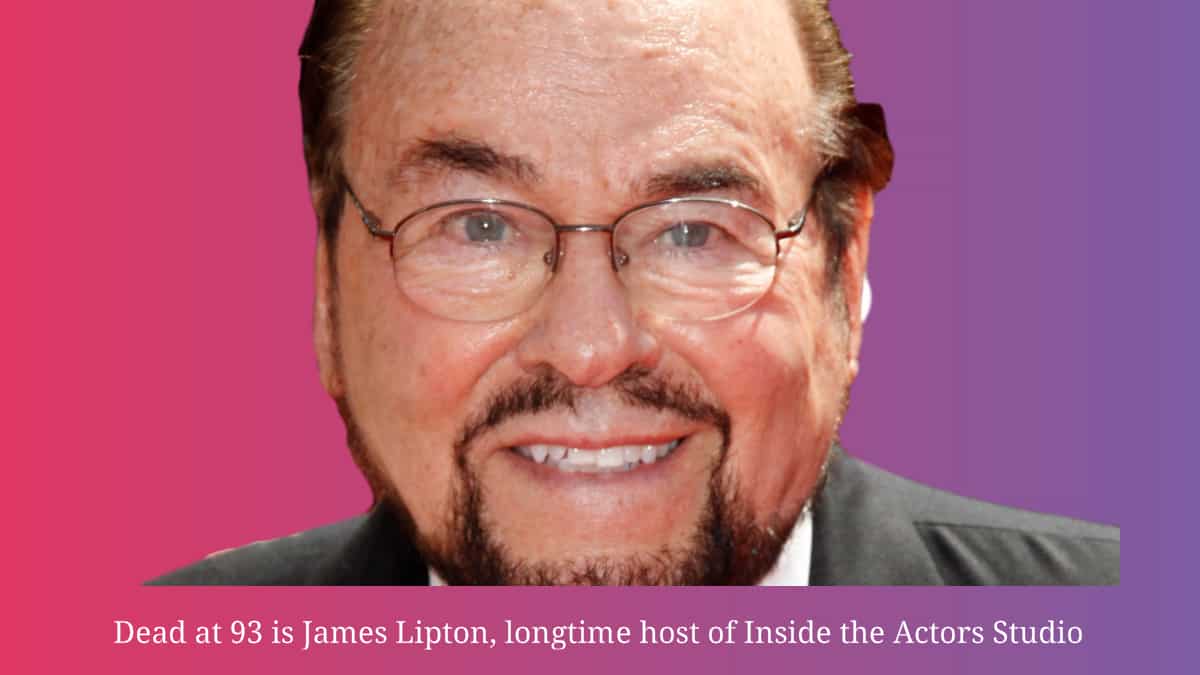 James Lipton, the actor, writer, producer, and host of the long-running interview series Inside the Actors Studio, has died at the age of 93.

Lipton died of bladder cancer at his New York home, his wife, Kedakai Lipton, told the New York Times and the Hollywood Reporter.

Ovation, the U.S. network now home to Inside the Actors Studio, confirmed the news on Monday.

Born in Detroit, Lipton’s career in entertainment began in his youth, including a voice role on radio drama The Lone Ranger. It was interrupted by the Second World War, during which he served in the U.S. Air Force.

Though for a time he sought to become a lawyer, Lipton pursued acting to help pay the bills. After he spent time studying acting, voice, and movement, show business soon won out. Over the decades, James Lipton racked up an eclectic resume that ranged from appearing on TV shows and soap operas to writing TV scripts, Broadway productions, and novels as well as non-fiction books. He also went on to produce television specials.

Inside the Actors Studio – James Lipton

In the 1990s, James Lipton created the program and series that would become his legacy. He proposed for New York’s famed Actors Studio to partner with The New School in creating a new master of fine arts program, for which he would eventually serve as dean.

Part of his proposal was to begin a series of seminars with the profession’s very best — long-form, one-on-one interviews focused on the craft of performance that Lipton would conduct with top actors, who would also answer questions from students.