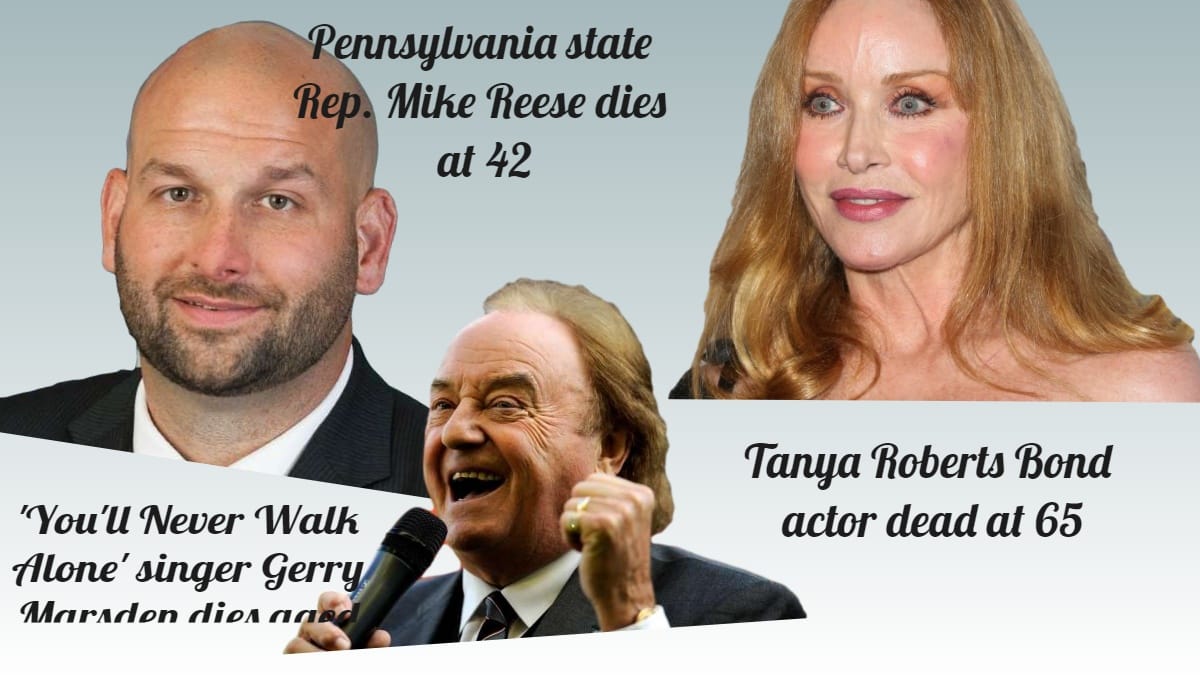 Tanya Roberts, the actor best-known as Midge Pinciotti from That ’70s Show and who also played a “Bond girl” in A View to Kill, died in a Los Angeles hospital on Sunday, 65. Her publicist and longtime friend, Mike Pingel, confirmed the news, saying that Roberts’ death had nothing to do with COVID-19.

Pennsylvania state Rep. Mike Reese (R), who in November was re-elected to a seventh term in the state House, died Saturday afternoon of an apparent brain aneurysm. He was 42.

According to a Pennsylvania House Majority Leader, Kerry Benninghoff (R) statement, Reese, who was elected to serve as the Republican caucus chairman for the 2020-2021 session, “died peacefully with his family by his side” at Excela Health Westmoreland Hospital in Greensburg, Pa.

“On behalf of the entire House Republican Caucus, I extend our deepest sympathies and condolences to the family of Rep. Mike Reese,” Benninghoff said in the statement.

“More than a friend to all of us, and one of our caucus leaders, Mike was a devoted husband and father,” he continued. “His wife, three young children, and extended family are in our thoughts and prayers during this difficult time.”

“I have known Mike since he took office in 2009 and have been proud to witness his many legislative accomplishments, especially his tireless work on behalf of Pennsylvania’s students and families,” the Republican leadership believes they will sorely miss his spirit, presence, and counsel.

Gerry Marsden, the lead singer of Gerry and the Pacemakers whose version of You’ll Never Walk Alone is played before Liverpool’s home matches, has died aged 7

Marsden formed the band with his brother Fred, Les Chadwick, and Arthur McMahon in 1959, and they soon become a cornerstone of the Merseybeat scene of the 1960s, alongside The Beatles.

Their first three UK singles all went to number one, with the last of these being a cover of the show tune, You’ll Never Walk Alone, in 1963, soon after Liverpool adopted it as their pre-match anthem. Celtic also uses the song.