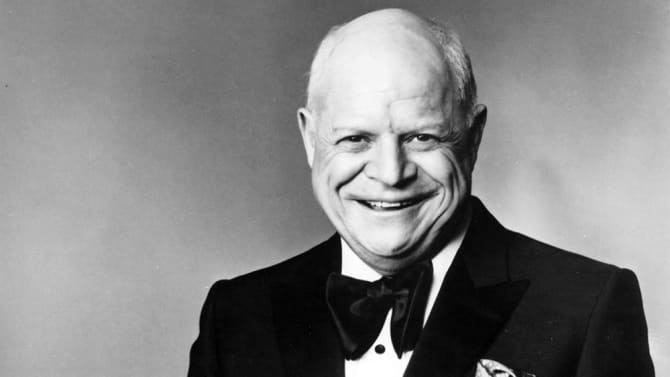 No Merchandising. Editorial Use Only. No Book Cover Usage. Mandatory Credit: Photo by REX/Shutterstock (5866623a) Don Rickles Don Rickles Portrait

Rickles died Thursday morning at his home in Los Angeles from kidney failure, his longtime publicist Paul Shefrin confirmed. He would have turned 91 on May 8.

Though he appeared in films and on television, Rickles’ mainstay was always nightclub performances, appearing in Las Vegas and elsewhere into his late 80s. He also found late success as the voice of Mr. Potato Head in the “Toy Story” films, which were exceptional box office performers, and popped up frequently on latenight talkshows.
[youtube https://www.youtube.com/watch?v=aai0ZoIkD1Q]
Rickles’ career had its ups and downs as comedic tastes changed, and his curmudgeonly persona was sometimes out of kilter with audience tastes, but he survived long after many of his contemporaries had disappeared into retirement. And when he was hot, he was a potent club headliner, insulting his audience with his two key signature phrases “dummy” and “hockey puck.”

His attempts at series TV did not succeed because of the astringency of Rickles’ personality. His serious side, however, was occasionally put to good use in guest starring roles in episodic TV and the occasional dramatic role in movies such as his first, “Run Silent, Run Deep,” and Martin Scorsese’s 1995 film “Casino.”

Donald Jay Rickles was born in Manhattan and studied acting at the Academy of Dramatic Arts in New York after serving in the Navy during WWII. He began appearing in nightclubs during the ’50s but didn’t really break through until his first appearance on “The Tonight Show With Johnny Carson” in 1965.

In the meantime, he worked in movies. After his debut in WWII submarine drama “Run Silent, Run Deep” (1958), he appeared in the Tony Curtis-Debbie Reynolds romantic comedy “The Rat Race” and various AIP beach movies with Annette Funicello and Frankie Avalon.

After the Carson appearance, he achieved headliner status in Vegas, Reno and Lake Tahoe, and he was frequently seen in the company of Frank Sinatra’s Rat Pack.

He took to the stage in the L.A. production of Neil Simon’s “The Odd Couple,” playing Felix. Later he took “The Don Rickles Show” on tour around the country. He also made more movies, including Carl Reiner’s “Enter Laughing” and WWII heist comedy “Kelly’s Heroes.”

His first try at a TV series, CBS’ “Kibbe Hates Finch” in 1965, never got beyond a pilot. Variety series “The Don Rickles Show” lasted a single season in 1969-69, and his mid-’70s sitcom “C.P.O. Sharkey” lasted two. He co-hosted reality clip show “Foul-Ups, Bloops and Blunders” with Steve Lawrence for a single season in 1983-84 on ABC. His last attempt was Fox’s 1993 sitcom “Daddy Dearest” co-starring Richard Lewis, which quickly folded.

More successful were his guest starring appearances on TV in a variety of shows including comedies such as “Archie Bunker’s Place,” “The Lucy Show,” “F Troop” (in a recurring role as Bald Eagle), “Get Smart,” “Newhart” and, in 2011, “Hot in Cleveland.” He also acquitted himself on TV dramas like “Medical Center” and “Chrysler Theater.” He guested on “The Single Guy” and “Murphy Brown” in the late ’90s, appeared in a supporting role in 2004 telepic “The Wool Cap” and appeared as himself within a dream sequence in a 2007 episode of CBS drama “The Unit.”

In January 2005, Rickles appeared with Bob Newhart, whom he considered his best friend, on “The Tonight Show With Jay Leno” the day after Johnny Carson’s death to reminisce about their many guest appearances on Carson’s show.

During the late ’70s and a good part of the ’80s, Rickles’ humor was out of fashion, and while he continued appearing at casinos, the luster of his star had faded. Then, things turned around again, and a new generation of comedians that he had influenced came into favor. Rickles was once again in vogue.

Rickles’ humor, while enjoyed better in person, also landed on record with albums such as “Hello Dummy!” and “Don Rickles Speaks.”

In Scorsese’s 1995 film “Casino,” Rickles had a substantial role as a trusted cohort to Robert De Niro’s casino owner. And the “Toy Story” animated features kept Rickles busy, voicing Mr. Potato Head in the 1995 original, the 1999 sequel and the enormously successful third entry in 2010. He reprised the role in a 2011 short called “Hawaiian Vacation,” and he voiced the Frog character in the 2011 live action/animated hybrid “Zookeeper,” starring Kevin James and Rosario Dawson.

The comedian’s memoir, “Rickles’ Book,” was published in 2007. John Landis directed a documentary on Rickles, “Mr. Warmth: The Don Rickles Project,” which debuted on HBO the same year. For his performance in the documentary, Rickles won an Emmy for individual performance in a variety or music program.

In May 2014 the funnyman was saluted by the likes of David Letterman, Jerry Seinfeld and Jon Stewart in the Spike TV special “One Night Only: An All-Star Comedy Tribute to Don Rickles.”

Survivors include Rickles’ wife of 52 years, Barbara; a daughter; and two grandchildren. In lieu of flowers, the family requests that donations be made to the Larry Rickles Endowment Fund at Children’s Hospital Los Angeles.