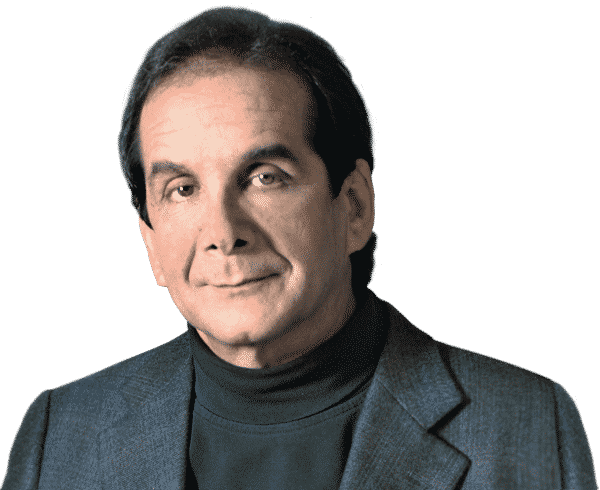 Charles Krauthammer has spent some beautiful moments as a much loved and appreciated Fox News Channel commentary personality. He sacrificed a career in psychiatry to take on his new exciting tasks, but that ended up getting him a Pulitzer prize. His words were heard or read by millions and enjoyed throughout the years, but it was just today that Charles made a report that no one wanted to hear. Krauthammer had horrible news and the only way he could do it was the best way he knew how. Krauthammer’s story will surely touch millions of fans who enjoyed his time of service, but this could be the last time people hear from him. He announced in a letter that he only has a few weeks left to live as he’s losing his battle with c****r. Many might not consider it a total loss recognizing his accomplishments in life, but no one, certainly not him, would like to see an end to such an illustrious career and life of someone much loved. Fox News website posted this about the situation with Krauthammer: “Charles Krauthammer, the beloved and brilliant Fox News Channel personality who gave up a pioneering career in psychiatry to become a Pulitzer Prize-winning political analyst, on Friday revealed the heartbreaking news that he is in the final stages of a losing battle with cancer

The 68-year-old’s incisive takes on politics of the day have been missing from Fox News Channel’s “Special Report” for nearly a year as he battled an abdominal tumor and subsequent complications, but colleagues and viewers alike had held out hope that he would return to the evening show he helped establish as must-viewing. But in an eloquent, yet the unblinking letter to co-workers, friends and Fox News Channel viewers, Krauthammer disclosed that he has just weeks to live. “I have been uncharacteristically silent these past ten months,” the letter began.

“I had thought that silence would soon be coming to an end, but I’m afraid I must tell you now that fate has decided on a different course for me.” Krauthammer, who graduated from Harvard Medical School in 1975 despite a first-year diving accident that left him a person with quadriplegia, explained that he had a malignant tumor removed from his abdomen last August. Although a series of setbacks left him in the hospital in the ensuing months, he believed until recently that he was on the road to recovery. “However, recent tests have revealed that the c****r has returned,” Krauthammer wrote. “There was no sign of it as recently as a month ago, which means it is aggressive and spreading rapidly. My doctors tell me their best estimate is that I have only a few weeks left to live.  My fight is over.” Rupert Murdoch, executive chairman of Fox News and its parent company, 21st Century Fox, said Krauthammer had been a giant of journalism and a vital part of the channel’s success.

“Charles has been a profound source of personal and intellectual inspiration for all of us at Fox News,” Murdoch said. “His always principled stand on the most important issues of our time has been a guiding star in an often turbulent world, a world that has too many superficial thinkers vulnerable to the ebb and flow of fashion, and a world that, unfortunately, has only one Charles Krauthammer. “His words, his ideas, his dignity and his integrity will resonate within our society and me for many, many years to come,” Murdoch added. Fox News viewers will undoubtedly miss Krauthammer’s formidable intellect and ability to analyze politics and politicians with a cerebral wit and keen charm. As the dean of “The Fox News All-Stars,” the panel of pundits who break down headlines and events nightly on Fox News Channel’s top-rated “Special Report,” Krauthammer could be counted on to make viewers think, question and even chuckle.

Krauthammer was on his way to greatness in the medical field when he veered first into policy, and then into journalism. After medical school, he became chief psychiatry resident at Massachusetts General Hospital, where he studied depression and published ground-breaking findings in top medical journals. But in 1978, he took a job in the Carter administration directing planning in psychiatric research and later served as a speechwriter for Vice President Walter Mondale. It was in the nation’s capital that Krauthammer trained his mind and talents on political analysis and began penning columns for The New Republic, Time magazine and finally the Washington Post. In 1985, he won journalism’s top prize for his weekly political commentary. In his sobering farewell, Krauthammer said he is “grateful to have played a small role in the conversations that have helped guide this extraordinary nation’s destiny.” “I leave this life with no regrets,” Krauthammer wrote.

“It was a wonderful life – complete with the great loves and great endeavors that make it worth living. I am sad to leave, but I leave with the knowledge that I lived the life that I intended.” Share if you or someone you know is affected by cancer. Share if you would like to raise awareness for Mr. Krauthammer. Write your best wishes below in the comments section.