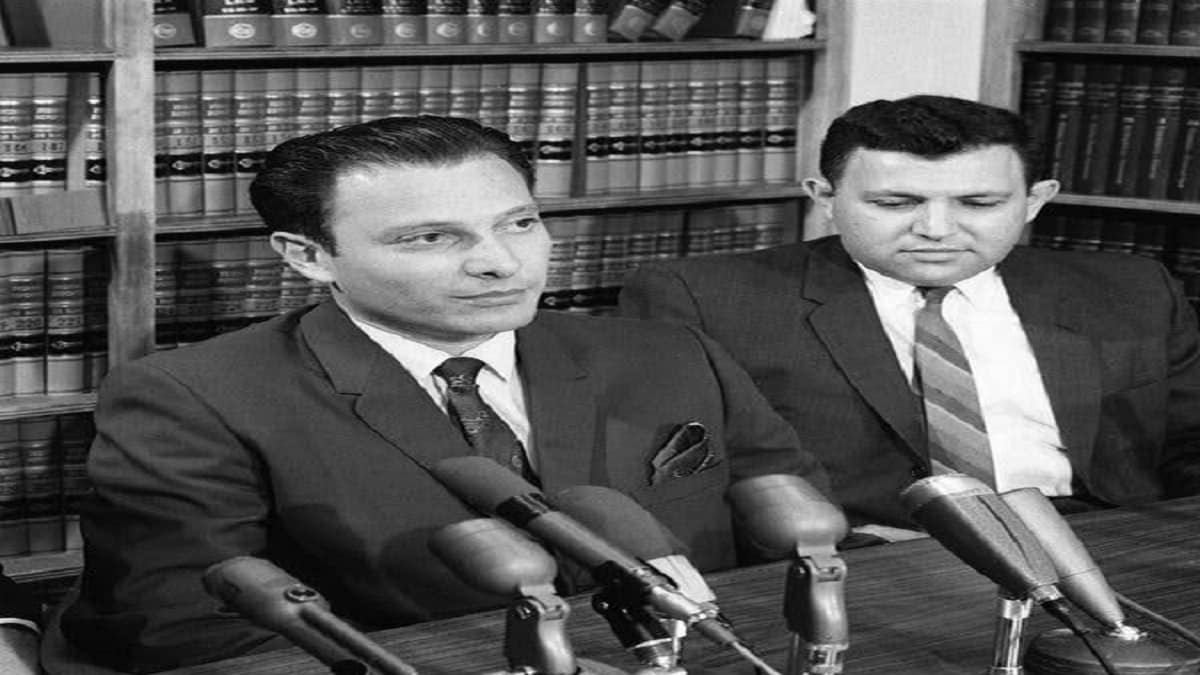 by News Contributor
in Gone But Not Forgotten, Recently Died, Who Died Today 2020
0

Bernard Cohen was a civil liberties attorney and Democratic member of the Virginia House of Delegates; he died at age 68. On April 10, 1967, with co-counsel Philip Hirschkop, he presented an oral argument for the petitioners in Loving v. Virginia before the U. S. Supreme Court. On June 12, 1967, the Supreme Court ruled in favor of Cohen’s clients, declaring bans on interracial marriage unconstitutional, thus invalidating the anti-miscegenation laws of 15 states.

Bernard Cohen was born in Brooklyn, New York, the son of an immigrant Jewish fur worker who was active in a local union. In an interview, Cohen associated his father’s union activities with his respect for working people and his status as a historically oppressed minority as an impetus for furthering equal rights. He attended City College of New York and law school at Georgetown University. In the 1960s, he helped found the Virginia unit of the American Civil Liberties Union.

On April 10, 1967, only a few years out of law school, Bernard Cohen argued as a volunteer cooperating attorney for the ACLU on behalf of the petitioners Richard and Mildred Loving in the case of Loving v. Virginia before the Supreme Court of the United States.[6] Cohen’s co-counsel was fellow Virginian Philip Hirschkop, who had also recently completed law school at Georgetown.

According to her attorneys, Richard Loving was a white construction worker, and Mildred was of both black and native American origins. However, in 2004, she claimed Native American-Rappahannock and not African ethnic origins. They were married in Washington, D.C., in 1958. After returning to their home in Caroline County, Virginia, six weeks after their marriage, they were arrested and charged with violating interracial marriage laws, a felony carrying one to five years.

At the time of their wedding, twenty-four states banned interracial marriage. The couple was sentenced to one year in prison, but their sentence was suspended because they leave the state for 25 years. At one point, according to attorney Hirschkop, Mildred, though five months pregnant and the mother of a young child, was held in a small dirty jail cell for the better part of a month.

After the passing of the Civil Rights Act of 1964, Mildred wrote U.S Attorney General Robert F. Kennedy, inquiring if the law could allow her and her husband to live in Virginia. Kennedy forwarded the letter to the ACLU office in Washington.

U.S states, by the date of the repeal of anti-miscegenation laws:

On June 12, 1967, the Supreme Court rendered its unanimous decision overturning a Virginia Supreme Court of Appeals ruling in favor of the state to create and enforce racial marriage laws known as anti-miscegenation laws. The decision validated that interracial marriage bans were unconstitutional. Their existence in some states and not others denied the couple equal protection under the law guaranteed by the U.S. Constitution‘s Fourteenth Amendment. Most significantly, it reversed states’ right to create laws that banned interracial marriage or enforce such laws where they existed.

The Supreme Court ruling voided the existing interracial marriage laws of 15 mostly Southern states, including all the states of the former Confederacy. A few states, notably Alabama, continued to have bans on interracial marriage on the books, though they could no longer be enforced.

Alabama did not officially reverse its ban on interracial marriage until 2000 in a special election that struck the mention of anti-miscegenation from the state constitution. After the Loving ruling, it continued to enforce its interracial marriage laws until 1970. Richard Loving died aged 41 in 1975 in Caroline County, Virginia, killed by a drunk driver. Mildred Loving died of pneumonia on May 2, 2008, in Milford, Virginia, aged 68.