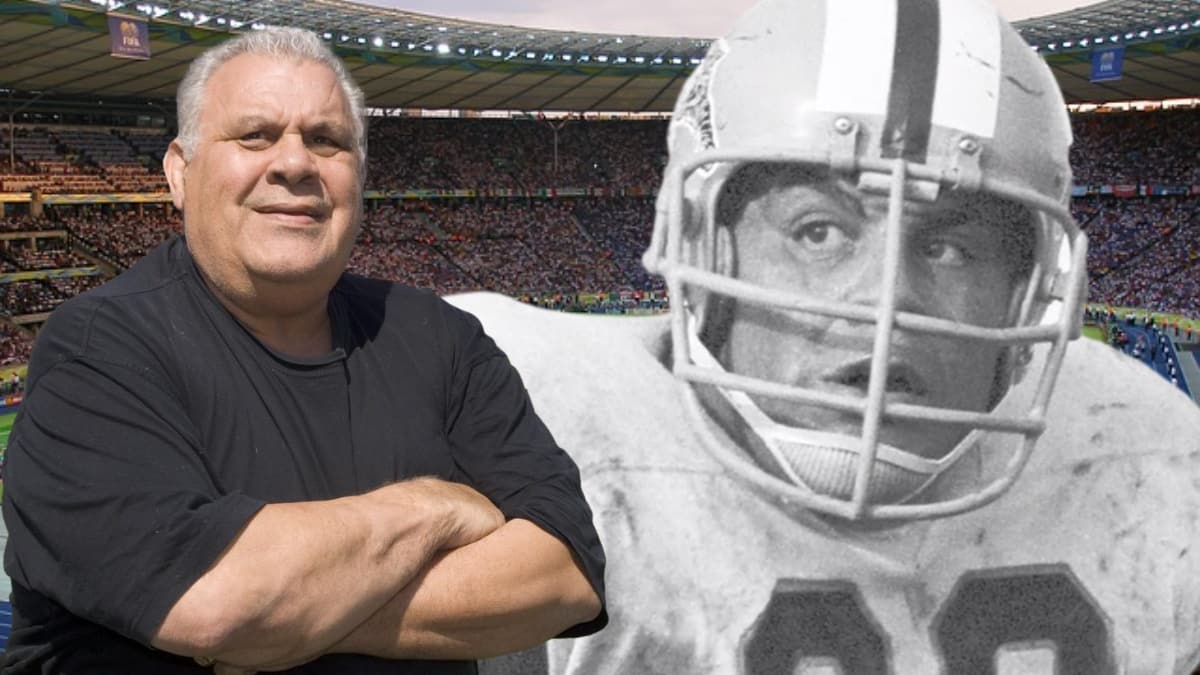 The CLF player Angelo Mosca was born on February 13, 1937; He was an American player in the Canadian Football League and a professional wrestler. He was also known by the wrestling nicknames King Kong Mosca and The Mighty Hercules. Mosca had a son, Angelo Jr., who also wrestled. He was elected to the Canadian Football Hall of Fame in 1987, the Hamilton Sports Hall of Fame in 2012, and the Ontario Sports Hall of Fame in 2013. Angelo Mosca died on November 6, 2021, at the age of 84 years.

Mosca was a five-time Grey Cup champion and member of the Canadian Football Hall of Fame. Those who knew him will forever remember Angelo Mosca for the controversial hit that knocked tailback Willie Fleming out of the ’63 CFL title game and subsequent fight with Joe Kapp, Fleming’s teammate, more than 40 years later.

The often colorful Mosca died Saturday at the age of 84. His wife, Helen Mosca, announced his death in a Facebook post.

“It is with great sadness that the family of Angelo Mosca announce his passing . . . after a lengthy battle with Alzheimer’s,” Helen wrote. “Angelo was a loving husband, father, grandfather, and great-grandfather as well as a friend to so many.”

Mosca was diagnosed with Alzheimer’s shortly after his 78th birthday in 2015.

Mosca elected to remain in Canada and was dealt with the Ottawa Rough Riders in 1960, eventually earning the first of his five Grey Cup rings that year.

Mosca spent two seasons with the Riders before joining the Montreal Alouettes in 1962. He returned to Hamilton in 1963 and remained with the Ticats until his retirement, following the club’s home Grey Cup win over Saskatchewan in 1972.

“He was just flat nasty. Fortunately, he only landed on me a few times, and that’s why I was still able to keep playing.”

The Ticats called Mosca the most legendary player ever to wear a Hamilton jersey.

The club said in a statement reiterated that the club will never forget his contributions to the game of Canadian football, to our organization, and the Hamilton community,”

Mosca appeared in nine Grey Cup games a five-time all-star but gained national notoriety for his vicious hit on Fleming in the ’63 contest. Fleming took the ball on a pitchout and was running to his right. He had been tackled just inside the sidelines and was lying on his stomach when Mosca came flying over the top of the Lions’ player. Fleming took a minute before rolling over and appearing visibly stunned. No penalty was called on the play, but many — including then Lions quarterback Kapp — felt Mosca’s hit was not only late but dirty.

With Fleming no longer able to play, Hamilton went on to win the Grey Cup 21-10 and further enhance Mosca’s reputation as the CFL’s meanest player, something he later promoted during his pro wrestling days as a bad boy “King Kong” Mosca.

Kapp never shook Mosca’s hand following the ’63 Grey Cup. But he and the Lions gained some revenge by downing Mosca and the Ticats 34-24 in the ’64 title game at Toronto’s Exhibition Stadium for the B.C. club’s first-ever CFL championship.

However, it appears time doesn’t heal all wounds. In November 2011, the two old foes were guests at a CFL Alumni luncheon during Grey Cup week in Vancouver. The former players were called on stage before the crowd when the then 73-year-old Kapp attempted to give the 74-year-old Mosca flowers as an apparent peace offering, but Mosca rejected the gesture with an expletive.

Once Mosca was helped up onto a nearby chair, Kapp apologized to the crowd for the incident but shortly afterward relayed a bizarre story about Fleming having a dog he named Angelo and how he beat the animal daily. Kapp and Mosca were supposed to talk about the Fleming hit; then, the audience voted on whether it was a good or bad hit afterward.

Before the incident, both Kapp and Mosca were reportedly seated at the same table when Mosca extended his hand to Kapp, but the former Lion didn’t accept it.

Mosca also apologized to the crowd and called the altercation “embarrassing” but, predictably, wasn’t about to back down.

Mosca turned to pro wrestling after his football career and performed in main events at top venues like Toronto’s Maple Leaf Gardens and Madison Square Garden in New York. He also had a short stint as a broadcaster with the World Wrestling Federation. When that ended, he managed son Angelo Jr.’s wrestling career.

Mosca had lived for years in St. Catharines, Ont., with his wife, Helen. Mosca also wrote a book with Hamilton Spectator columnist Steve Milton entitled Tell Me To My Face, released in September 2011.

“On Grey Cup Sunday, and for years to come, we’ll lift the story of Angelo Mosca as a shining example of what can happen when an incredible person and our amazing game come together,” Ambrosie said.

Jerry Douglas Former ‘Young And The Restless’ Star Dead At 88