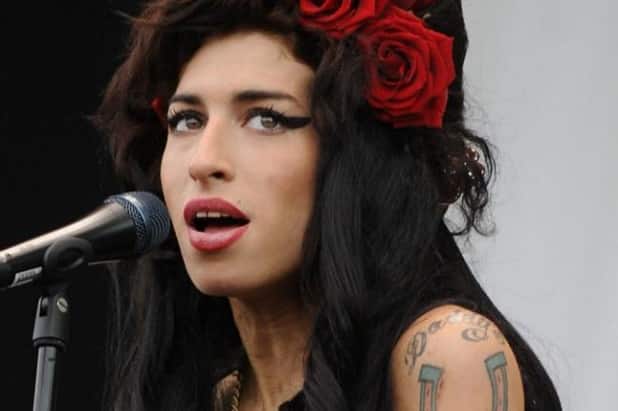 Amy Jade Winehouse (14 September 1983 – 23 July 2011) was an English singer and songwriter known for her deep expressive contralto vocals and her eclectic mix of musical genres, including soul (sometimes labelled as blue-eyed soul and neo soul), rhythm and blues, and jazz. Winehouse’s 2003 debut album, Frank, was a critical success in the UK and was nominated for the Mercury Prize. Her 2006 follow-up album, Back to Black, led to five 2008 Grammy Awards, tying the then record for the most wins by a female artist in a single night, and made her the first British female to win five Grammys, including three of the general field “Big Four” awards: Best New Artist, Record of the Year and Song of the Year.

Winehouse died of alcohol poisoning on 23 July 2011, aged 27. Her album Back to Black posthumously became for a time the UK’s best-selling album of the 21st century. In 2012, Winehouse was ranked 26th on VH1’s 100 Greatest Women In Music. The BBC has called her “the pre-eminent vocal talent of her generation.”

Amy Winehouse was born in Chase Farm Hospital in north London, to Jewish parents. Her father, Mitchell “Mitch” Winehouse, was a window panel installer then a taxi driver; her mother, Janis Winehouse (née Seaton), a pharmacist. The Winehouse ancestors were Russian and Polish immigrants to London. Amy had an older brother, Alex (born 1979), and the family lived in London’s Southgate area, where she attended Osidge Primary School.

Many of Winehouse’s maternal uncles were professional jazz musicians. Amy’s paternal grandmother, Cynthia, was a singer and dated English jazz legend Ronnie Scott. She and Amy’s parents influenced Amy’s interest in jazz. Her father Mitch often sang Frank Sinatra songs to her, and whenever she got chastised at school she would sing “Fly Me to the Moon” before going up to the headmistress to be told off. Winehouse’s parents separated when she was nine, and she lived with her mother and stayed with her father and his girlfriend in Hatfield Heath, Essex on weekends.

In 1992 her grandmother Cynthia suggested she attend the Susi Earnshaw Theatre School, where she went on Saturdays to further her vocal education and to learn to tap dance. She attended the school for four years and founded a short-lived rap group called Sweet ‘n’ Sour with Juliette Ashby, her childhood friend before seeking full-time training at Sylvia Young Theatre School. Winehouse was allegedly expelled at 14 for “not applying herself” and also for piercing her nose. Sylvia Young has denied this—”She changed schools at 15—I’ve heard it said she was expelled; she wasn’t. I’d never have expelled Amy” as has Mitch Winehouse. She also appeared in an episode of The Fast Show, 1997, with other children from the Sylvia Young School and later attended the Mount School, Mill Hill; the BRIT School in Selhurst, Croydon; Osidge JMI School and then Ashmole School.