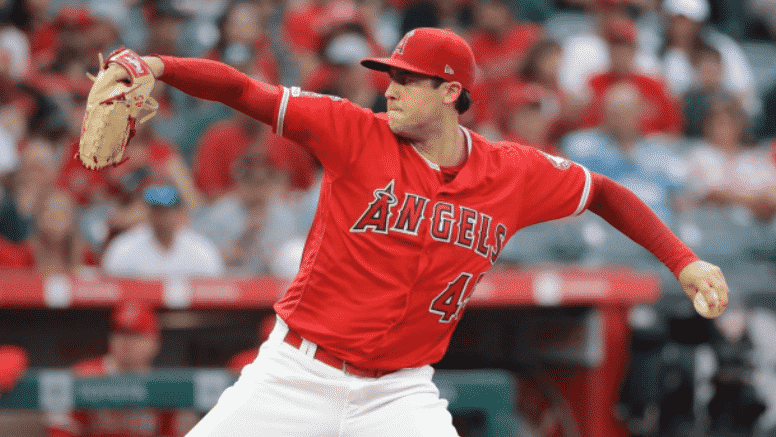 27-Year-Old Tyler Skaggs Los Angeles Angels pitcher died on Monday, July 1, 2019, in Texas, just 12 days before his 28th birth, stunning the baseball world and leading to the postponement of the team’s game against the Texas Rangers.

The Angels selected Skaggs in the first round of the 2009 MLB draft. He was traded to the Diamondbacks, and Skaggs made his debut in MLB in 2012. The Diamondbacks traded Skaggs back to the Angels during the 2013–14 off-season, and he pitched for the team until 2019. Skaggs posted a career earned run average of 4.41 and recorded 476 strikeouts, with a record of 28 wins and 38 losses.

Police responded to a report of an unconscious man in a hotel room in Southlake, Texas, and pronounced Skaggs dead at the scene. No foul play is suspected, and an investigation is ongoing, police said.

A Southlake police spokesperson said it “is not suspected” that Skaggs took his own life, according to the Los Angeles Times.

“It is with great sorrow that we report Tyler Skaggs passed away earlier today in Texas,” Angel’s statement said. “Tyler has, and always will be, an important part of the Angels Family. Our thoughts and prayers are with his entire family during this devastating time.”

A photo of Angels players wearing cowboy hats by their plane was posted on Skaggs’ Instagram account Sunday, with the pitcher writing “Howdy y’all” and making a reference to the team’s road trip to Texas. The Angels are scheduled to go to Houston for a three-game series this weekend after playing the Rangers.

Angels players and coaches who had arrived at the Rangers’ ballpark for Monday night’s series opener left about four hours before the scheduled start of the game to return to their hotel. The clubhouse was never opened to the media.

The Rangers’ clubhouse also was closed when general manager Jon Daniels and manager Chris Woodward told their players what had happened and dismissed them.

Woodward described it as “one of those moments where you’re just kind of numb” and said the Rangers were thinking about Skaggs’ family and the Angels organization.

“There were a lot of pretty emotional guys in there, you could tell. Some guys knew him. [Jesse Chavez] had actually played with him in L.A.,” Woodward said. “Some guys that didn’t even know him were visibly shaken. You could tell.”

Daniels told media that he had discussed only the postponement of Monday’s game with MLB but said he would be open to talking if the league thinks more should be done.

Angels GM Billy Eppler fought back the tears when speaking to reporters about Skaggs, saying, “He had a long life ahead of him, and now that’s gone. Everybody grieves in their own way, and everybody has to find peace through this eventually, but it’s just a tragic day for everybody, especially his family.”

Outside Angel Stadium, fans laid flowers and other memorabilia in remembrance of Tyler Skaggs. Many teams held a moment of silence before the start of their games Monday.

MLB posted a statement to Twitter from commissioner Rob Manfred that read in part, “All of us at Major League Baseball extends our deepest condolences to Tyler’s wife, Carli, their family, their friends and all of his Angels’ teammates and colleagues. We will support the Angels’ organization through this most difficult period, and we will make a variety of resources available to Tyler’s teammates and other members of the baseball family.”

Bob Moses (Robert Parris Moses), a civil rights activist who was shot at and endured beatings and jail while leading...

Judith Keating was a lawyer and constitutional expert who spent several decades as a senior civil servant in New Brunswick,...