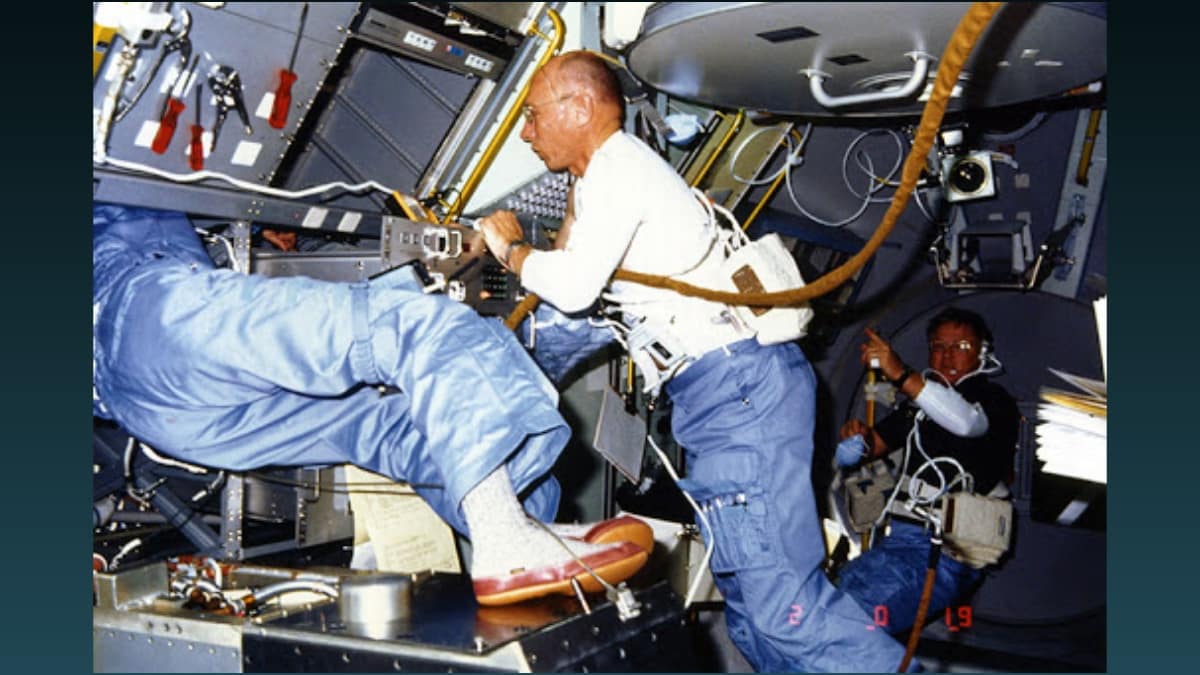 Astronaut William Thornton, who invented the space shuttle treadmill, is dead at 91

Former NASA astronaut William Thornton, who used his inventions to measure and combat the ill-effects of microgravity while onboard two space shuttle missions.

“NASA is saddened to learn of the loss of former physician-astronaut, Dr. William Thornton, who died last week at his home in Boerne, Texas,” the agency stated.

Selected by NASA with its second group of scientist-astronauts in 1967, Thornton and his “XS-11” classmates were cautioned from the start that they would not fly into space anytime soon — hence the “excess” in their nickname. As it turned out, it took 16 years for Thornton to launch on the first of his two space shuttle flights on August 30, 1983.

As a mission specialist aboard the space shuttle Challenger, Thornton and his four STS-8 crewmates became the first shuttle astronauts to launch and land at night. A late addition to the mission, Thornton’s primary focus was to observe the crew’s susceptibility to space adaptation sickness. This condition impacts the vestibular system as the human body adapts to the microgravity environment.

“About four to five months into the training, we added Bill Thornton to the crew. NASA had noted that several astronauts were suffering from space adaptation syndrome (SAS) or space sickness, and they wanted to investigate this problem,” mission specialist Guion “Guy” Bluford said in a 2004 NASA oral history interview.

“Bill brought a lot of additional equipment with him to study the physiological changes associated with SAS. We all participated in some of Bill’s experiments,” said Bluford, who was the first African American to fly into space.

Thornton also worked with a student project that evaluated whether in space biofeedback training learned on Earth could be successfully implemented in space.

The six-day STS-8 mission, which also deployed a weather and communications satellite for India and carried more than 260,000 stamped envelopes to be later sold to collectors, landed on September 5, 1983.

On his second spaceflight, William Thornton again launched aboard the Challenger for a week-long flight as an STS-51B mission specialist on April 29, 1985. Thornton and his six crewmates split into two teams to work around the clock on more than a dozen experiments in the Spacelab module mounted in the shuttle’s payload bay.

“We had the first laboratory animals in space, and Bill Thornton had to worry about them [during our] shift,” mission specialist Don Lind said in his 2005 NASA oral history. “We had two cute little squirrel monkeys and 24 less-than-cute laboratory rats.”

“The monkeys adapted [to space] very, very quickly. The laboratory rats were not quite as savvy as the monkeys,” said Lind.

William Edgar Thornton was born on April 14, 1929, in Faison, North Carolina. He received a bachelor of science degree in physics and a doctorate of medicine from the University of North Carolina in 1952 and 1963.

Following his undergraduate studies, Thornton enlisted in the U.S. Air Force, where he served as the Instrumentation Laboratory officer at the Flight Test Air Proving Ground at Elgin Air Force Base, Florida. After obtaining his medical degree and completing his internship at the Wilford Hall U.S. Air Force Hospital at Lackland Air Force Base in San Antonio, Texas, Thornton returned to active duty and was assigned to the Aerospace Medical Division at Brooks Air Force Base in San Antonio, where he completed flight surgeon training in 1964.

During his two-year tour of duty at Brooks, Thornton became involved in space medicine research and subsequently applied to and was selected by NASA to become an astronaut.

Before flying into space, Thornton’s first mission assignment was a part of the three-member Skylab Medical Experiments Altitude Test, or SMEAT, crew. For 56 days in the summer of 1972, Thornton, Bob Crippen, and Bo Bobko simulated life aboard the Skylab orbital workshop while sealed in a vacuum chamber at NASA’s Manned Spacecraft Center (today, Johnson Space Center) in Houston, Texas.

Thornton also served on the support crews for the three Skylab astronaut flights and was the principal investigator for several physiological studies aboard the space station. He was the first to document the effects that microgravity had on the shift and loss of fluid in the human body and the increase in height, and the rapid loss of muscle strength and mass during extended spaceflights.

In 1977, Thornton again served on a ground-based crew, this time as a member of the third Spacelab Mission Development Test (SMD III) at Johnson Space Center. During the week-long simulation, Thornton worked with two payload specialists to conduct 26 experiments and 12 operational tests for the future on-orbit laboratory.

The former NASA astronaut William Thornton also worked on devising procedures and new techniques to maintain crew conditioning and health in space when not flying in space. As part of that work, he developed a treadmill for use onboard the space shuttle, for which he received one of his more than 60 patents.

“I still am the only person that has ever run around the world on the treadmill that he designed,” Thornton said in a 2010 interview with WRAL-TV in Raleigh, North Carolina.

In 1994, after 27 years with the space agency, Thornton retired from NASA and became a clinical professor of cardiovascular physical diagnosis at the University of Texas Medical Branch (UTMB) and later an adjunct professor at the University of Houston-Clear Lake. In 2010, he donated his NASA papers and archives to the North Carolina State Archives.

Thornton was married to the former Elizabeth Fowler of Hertfordshire, England, and together they had two sons.