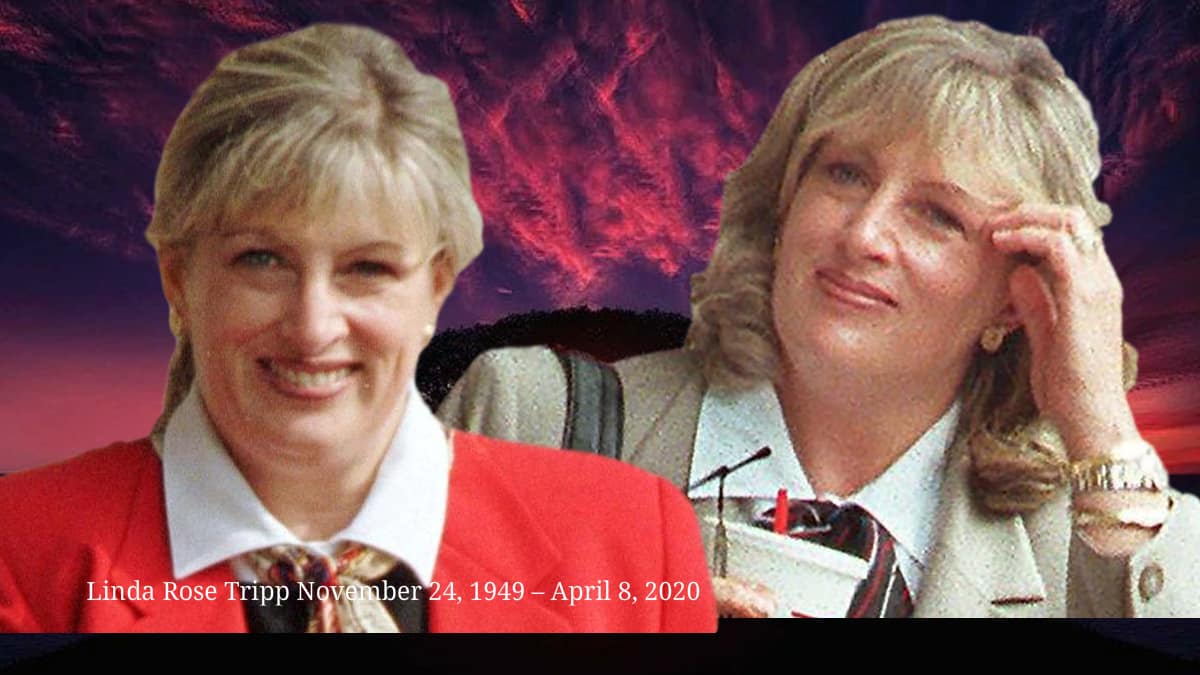 Dead at 70 is Linda Tripp, the whistleblower in the Bill Clinton impeachment

by News Contributor
in Famous People Who Died Today in 2020, Gone But Not Forgotten
0

“As a family, we are deeply saddened of the passing of our beloved mother/sister/grandmother/daughter and a great friend to many,” Tripp’s son, Ryan, said in a statement. “She spent her life following a code of ethics and her moral compass. Doing what was right was more important to her, then taking the easy or popular way out.”

In August 1994, Tripp became a public affairs specialist at the Pentagon, where Lewinsky worked after being a White House intern. The two reportedly became friends.

Tripp made secret tapes of conversations with Lewinsky, who told her she had an affair with Mr. Clinton. Tripp turned almost 20 hours of recorded tapes over to Kenneth Starr, the independent prosecutor investigating the president, prompting the investigation that led to his impeachment.

“She made a difficult decision to protect those ethics by taking on a sitting president while being ‘pressured’ to lie under oath,” Ryan said in his statement.

“While half the country took to attacking her and claiming it was all for a book deal (I believe she’s probably the only one involved with that scandal to have not taken the opportunity to write a book.” “I believe she was a brave whistleblower and was on board with the #metoo movement well before it becomes popular.”

As news broke Wednesday that Tripp was near death, Lewinsky tweeted that she hoped for her recovery “no matter the past.”

Linda Tripp was an American civil servant who played a prominent role in the Clinton–Lewinsky scandal of 1998. Tripp’s action in secretly recording Monica Lewinsky‘s confidential phone calls about her relationship with the president caused a sensation with their links to the earlier Clinton v. Jones lawsuit and with the disclosing of intimate details.

Tripp was born Linda Rose Carotenuto in Jersey City, New Jersey. Her mother was a German immigrant. She graduated from Hanover Park High School in East Hanover, New Jersey, in 1968 and then worked as a secretary in Army Intelligence at Fort Meade, Maryland. In 1971, she married Bruce Tripp, a military officer. They divorced in 1990.

Tripp transferred to the Pentagon in 1987. [citation needed] She was a White House employee in the George H. W. Bush administration, and kept her job when Bill Clinton became president in 1993. During the summer of 1994, senior White House aides wanted Tripp removed from the White House, so they arranged a job for her in the public affairs office in the Pentagon, which gave her a raise of $20,000 per year.