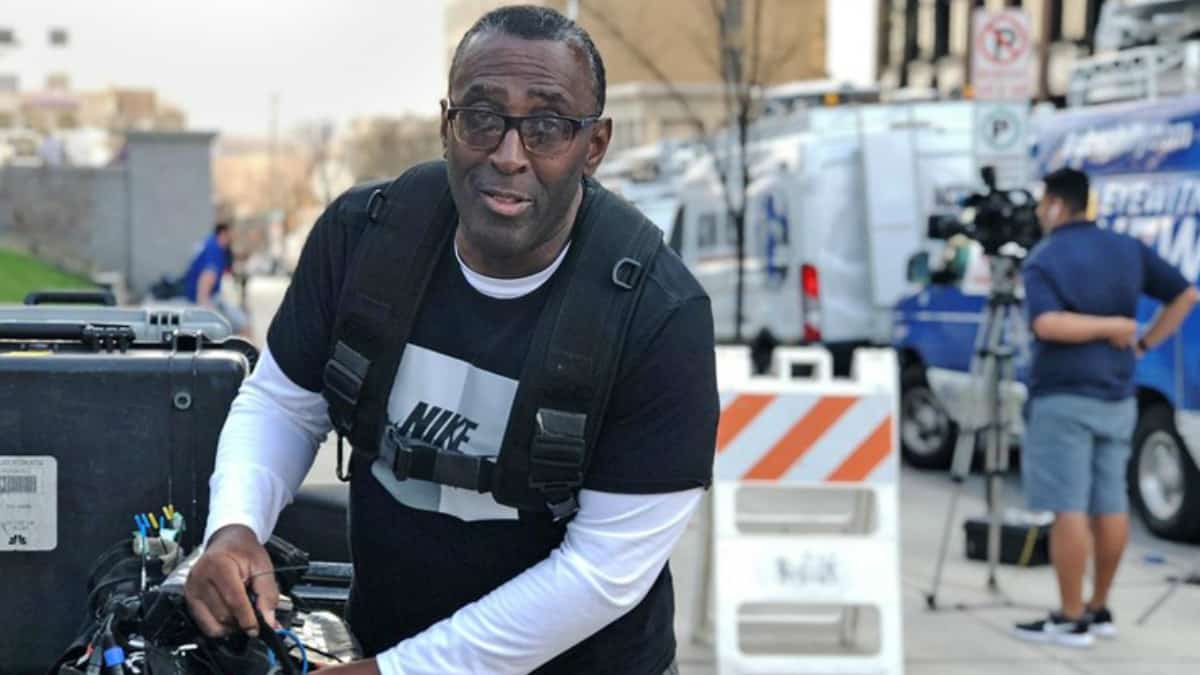 Larry Edgeworth died Thursday, March 20, after testing positive for the coronavirus, the company announced on Friday. Larry Edgeworth, a longtime staffer, worked at NBC News’ 30 Rockefeller Plaza headquarters in New York and regularly traveled the world alongside reporters. He was an audio technician at the company for 25 years, according to NBC.

Edgeworth’s wife, Crystal, told NBC that he suffered from other health issues in addition to coronavirus. He tested positive for coronavirus earlier in the week.

NBC News chairman Andy Lack broke the tragic news in an email to colleagues, according to the organization’s website. “As we have heard from medical professionals, those with underlying health concerns are sadly the most vulnerable,” Lack wrote Friday morning.

Lack wrote, “Many of you were fortunate enough to work with Larry over the years, so you know that he was the guy you wanted by your side no matter where you were.”

Stacy Brady, NBCUniversal’s executive vice president of field and production operations, “says Larry Edgeworth was known as the ‘gentle giant who would give you the shirt off his back,'” Lack added.

Other NBC News employees remembered Edgeworth for his professional demeanor and affability in any circumstance.

“Larry was a gentle bear of a man, the heart and soul of our extended NBC family,” Andrea Mitchell, NBC News’ chief foreign affairs correspondent, said. “I was always cheered and reassured, knowing he was on the team in the field. He always had my back whether here in the U.S. or the most dangerous situations around the world.”

In a tribute on Instagram, “TODAY” co-anchor Savannah Guthrie said her “heart breaks” after learning Edgeworth died after getting COVID-19, the disease caused by the coronavirus.

“I adored Larry,” she wrote. “We traveled together for two straight months on a campaign in 2008, and he was always the warmest, most professional, most loving. All hours of the day and night, no matter how hungry or tired or stressed we were – he was always a joy.”

Lack, in his email, NBC employees pointed they are doing everything that they can to support his family during the tough times.

At least two other NBC News employees have tested positive for the coronavirus in recent days, prompting network officials to require most staffers at offices and bureaus across the country to work from home.

After an employee of the 3rd hour of “TODAY” tested positive, hosts Craig Melvin and Al Roker began broadcasting from home as a precaution. Guthrie also began co-anchoring from home.

Other NBC workers who came into contact with the employee were all advised to self-isolate.

“We are fully supporting our colleague, who is experiencing mild symptoms and receiving medical care,” NBC News President Noah Oppenheim said in a statement Monday. He added, “I know you join me in sending our very best for a quick recovery.”

On Thursday night, Oppenheim said a Nightly News staffer based at 30 Rockefeller Plaza also tested positive. The employee has been working from home since March 13, when symptoms began.

There are 18,170 confirmed coronavirus cases in the United States, and 241 people have died of the virus, according to CNN Health’s tally of U.S. cases that are detected and tested in the United States through U.S. public health systems. The total includes cases from all 50 states, the District of Columbia, and other U.S. territories, as well as all repatriated cases. Coronavirus deaths top 10,000 globally.

Reported illnesses have ranged from people with mild symptoms to people being severely ill and dying.